Poor economic situation would simply agitate and instigate the Afghan people against the prosperous world around them and compel them to ‘grab and snatch’ all that prosperity by using ‘force’.

“The economic and security crisis coupled with the onset of winter has forced the closure of more than 2,000 health facilities. Helplessly the hospitals in Kabul and other parts of the country are still accepting patients though the staff has not been paid its salaries for months. This horrible economic crisis has compelled the patients to buy their own medication.” said the Red Cross in a recent report, “The healthcare system in Afghanistan is struggling to cope with the freezing of international aid following the August 15 Taliban takeover.” The FRANCE 24 also pointed out the same situation a few weeks back. It said, “The health facilities in parts of Afghanistan have been shut down and in the capital, Kabul, hospitals are functioning without electricity or water supply as the country suffers a humanitarian crisis following the Taliban takeover and suspension of international aid.” The World Health Organization also expressed its serious reservations on worsening health conditions in Afghanistan in a report released last September. It said, “Afghanistan’s health-care system is on the brink of collapse as a lack of funding left thousands of health facilities struggling to buy medical supplies and pay their staff.” 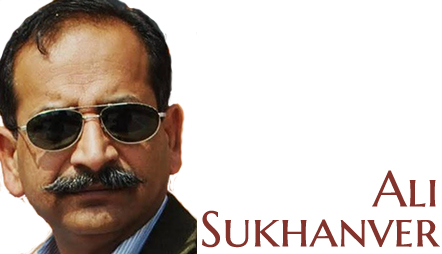 After their visit to Kabul, WHO Director-General Tedros Adhanom Ghebreyesus and WHO Regional Director for the Eastern Mediterranean Ahmed Al-Mandhari said in a joint statement, “Unless urgent action is taken, the country faces an imminent humanitarian catastrophe.” Things are no doubt far more horrible than reported in media there in Afghanistan. The basic reason behind this entire catastrophic scenario is that after Taliban’s taking charge of the war-torn Afghanistan, most of the donor countries have suspended aid to the country while the U.S. has frozen all Afghan financial assets saved there in U.S. Now this country heavily dependent on international funding has no other way out to provide its citizens even the basic needs of life.  This poor economic situation would simply agitate and instigate the Afghan people against the prosperous world around them and compel them to ‘grab and snatch’ all that prosperity by using ‘force’.

Now there is only one way to save the world from the rage and wrath of the helpless people of Afghanistan: the world must provide them financial support so that they might be able to live a peaceful life. Another important thing that must be kept in mind is that whatever fate the people of Afghanistan are facing today is not the result of their own actions; this all has been imposed on them; they are forced to be the part of that entire disastrous situation. The Prime Minister of Pakistan Mr. Imran Khan also expressed his fears on Afghanistan’s worsening economic situation in a recent statement. He said that Afghanistan could potentially become the biggest ‘man-made crisis in the world’ if action was not take immediately. He emphasized that instability in Afghanistan would not be in anyone’s interest as it could lead to refugee exodus from the war-ravaged country and a heightened terrorism threat particularly from the militant Islamic State group. Just to help the Afghan brothers out of that turmoil of helplessness, Pakistan recently made things possible for the arrangements of 17th Session of the Emergency Meeting of the OIC Council of Foreign Ministers in Islamabad on 18th December 2021which was attended by special representatives on Afghanistan from the United States, Russia, China and European Union along with the foreign ministers from the OIC member states and international observers.

The whole credit of bringing all stake holders onto one page and one platform goes certainly to Pakistan and this marvelous effort won high appreciation from all over the world as the OIC has been referred to as a Dead Horse for the last many years; now Pakistan has given it a new life. US State Secretary Antony Blinken in his statement after the meeting thanked Pakistan for hosting that extraordinary session. He said, “We thank Pakistan for hosting this vital meeting and inviting the global community to continue cooperating to support the Afghan people.” The Arab News said commenting on the meeting, “The meeting was the biggest conference on Afghanistan since the US-backed government fell in August and the Taliban returned to power.” The decisions taken in that meeting include setting up a Humanitarian Trust Fund and Food Security Programme to deal with the rapidly aggravating crisis. It was also decided in the meeting that a team of international Muslim scholars would be asked to engage with the Taliban on issues such as tolerance and moderation, equal access to education to all men and women and women’s basic human rights.

Formerly known as the Organization of the Islamic Conference, the OIC was founded in 1969. It consists of 57 member states. Though the OIC is ranked as an international organization and has a lot of resources but unfortunately the member countries badly failed in winning the required position and status for this organization. The reason behind this failure is nothing but the petty conflicts and baseless differences among the member countries. The major thing all Muslim countries lack is nothing but unity. Be it the Kashmir issue, the massacre in Myanmar or human rights violations in Palestine, these Islamic countries never stand united and this is the only reason that the OIC could never play a vibrant role in world politics.

Now Pakistan has done a marvelous job by giving a new life to the dead-horse of the OIC.  The most important thing in this whole context is that the Afghanistan issue must not be dealt as an issue of the Islamic world; it is a purely a global matter and could be disastrous and destructive for the whole world if not properly taken care of. Hopefully things would get better in Afghanistan if the made-decisions are materialized in true letter and spirit. In the larger interest of the world peace, all leaders must remember, realize and accept one very important point that the habit of looking at every issue from a religious point of view could never bring people closer. Priority must always be given to humanity to some specific caste or creed.