Grave concerns surrounding the contaminated samples of imported organic fertilizer and a reality check on the government’s decision to progress towards placing a commercial order of the same organic fertilizer.

Sri Lanka Agripreneurs’ Forum (SLAF) is the premier agribusiness association in Sri Lanka that brings together key stakeholders of the agriculture sector – from those engaged in primary production (such as growers of crops, livestock farmers and those engaged in aquaculture) to farmer organizations, agri value-addition enterprises, agri professionals & academics, agri scientists, local and global marketers of agri produce, providers of agri inputs, agri tech and consultancy services and local agri investors. In addition, the forum also supports other sectoral associations such as the Lanka Coffee Association and serves as an umbrella forum for all agri related associations. 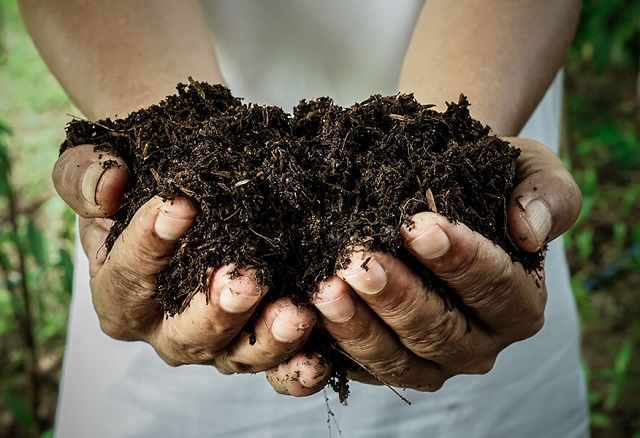 Sri Lanka Agripreneurs’ Forum (SLAF) takes this opportunity to address a pertinent matter of grave national concern, regarding the importation of a batch of contaminated organic fertilizer. The Minister of Agriculture and National Plant Quarantine Services (NPQS) have officially responded to the matter at hand via official announcements.

Announcement from the NPQS officially confirms that the samples of imported organic fertilizer from China have been tested positive for gram-negative and gram-positive bacteria, as well as specific harmful pathogens listed. Gram bacteria are known pathological causes of disease in humans as well as plants. Such pathogens increase the likelihood of hazards during handling and there is a risk of water sources being contaminated by such harmful bacteria.

According to the guidelines from the National Fertilizer Secretariat (NFS), the guidelines for importing any fertilizer including organic ones are clear – first samples of the fertilizer of choice needs to be tested in Sri Lanka by Sri Lanka Standards Institute (SLSI) or SLSI advised testing lab. If the samples are declared clear, then the importer can progress towards importing commercial quantities, which will then again be subjected to further random testing to further establish purity and quality.

With respect to the declared samples of organic fertilizer imported from China, SLAF representing the agricultural sector has identified a few anomalies. First, the prescribed process declared by the NFS to import organic fertilizer has not been followed. According to the Minister of Agriculture, even though the sample that’s already here in Sri Lanka was tested positive for contaminants, the commercial shipment will be cleared into the country and then go through further testing. Sri Lanka Agripreneurs’ Forum is deeply concerned that such breach of protocol could lead to the foreign microorganisms being released unwittingly to the environment, which could cause irreversible damage to our natural ecosystems with far reaching implications for the agriculture sector. Secondly, the Forum is concerned about the lack of disclosure and lack of stakeholders engagement by the authorities in this regard, beyond an acknowledgement that the samples contained contaminants. As this decision to bypass safety protocols impacts the whole country’s health and environment and over 30% of the population’s livelihoods in agriculture, SLAF would like to stress the importance of transparency to the relevant authorities, and note with concern the vagueness of the information shared. Thirdly, according to the official statements, this individual sample of organic fertilizers was supposedly tested by a Chinese testing laboratory according to the mandate of SLSI. However, in subverting the nationally accepted standards of due diligence in Sri Lanka, this decision sets a dangerous precedent, where greater reliance is placed on dubious reports forwarded by suppliers from tests conducted by non accredited labs, which may not be independent. SLAF questions the approach of relevant authorities on accepting such unreliable test reports submitted by the suppliers and then finding that the samples are contaminated once they arrive at the port, only to let additional consignments to be dispatched to the country, despite the issues being observed.

Considering the practicality of ensuring that a sample of a few kilograms to be representative of thousands of tons ( 96,000 Ton in this case) to be imported, the fact that even such a small sample has shown presence of harmful bacteria, should ring a loud alarm on the adequacy of even the declared procedure, which too has been flouted.

Therefore, unless and until this matter is resolved in a manner to ensure that there is no possibility at all of contamination with any biological matter considered harmful or not, as specified in the SLSI Standard 1704 that governs the quality of solid organic fertilizer, a decision to allow the shipment to arrive in Sri Lanka would be counterintuitive. Once such shipment arrives many other issues will come into play, such as the commercial interests and financial losses, as evidenced in similar instances in the past in Sri Lanka.  There will be attempts to gloss over the danger and release the shipment with possible grave consequences for which neither the Minister or anyone else will take responsibility.

We therefore strictly recommend  that the shipment should not be allowed at this point of time until due measures for national safety can be assured, not by mere statements by the Hon. Minister.

SLAF further would like to raise a concern that involves a potential hesitance from the scientific community to be involved in the process of explaining the precise issues and potential issues, if they had to test the commercial shipment of the organic fertilizer, whose samples are now declared to be contaminated.  In a situation as such, we as the general population of Sri Lanka and as agribusinesses who face a direct  potential threat of contaminated organic fertilizer, will not be able to learn the extent and likely  certainty of the threats this situation would pose.

Minister Mahindananda Aluthgamage has announced that the Ministry of Agriculture has granted the approvals to two state-owned companies to import organic fertilizer from the 16th of September 2021, for tea, coconut, rubber & other crops. On the contrary, according to the Minister’s statement in July, there is enough locally manufactured organic fertilizers for all crops. Many individuals and organizations have invested and engaged to locally manufacture such organic fertilizer but there has been no attempt to ascertain the success of such steps and the adequacy or otherwise of these endeavors to meet the national fertilizer requirements. Without that initial step, this hasty decision to import organic fertilizer already proven as potentially contaminated is a big deterrent to the local manufacturers. The incongruity of these statements implores the motives of the change in decisions within a span of two months. Given the issues raised above and the doubt on the adequacy of even the declared process of testing even followed diligently, this decision too needs close scrutiny.

As the current forex reserves of Sri Lanka is hemorrhaging, the agriculture industry questions the motives behind spending an amount as high as USD 400 million to import organic fertilizer. The view of SLAF and industry experts is that this value is costlier than what Sri Lanka previously spent for importing synthetic fertilizer.

While Sri Lanka Agripreneurs’ Forum is firmly committed to promoting sustainable agriculture in Sri Lanka with greater adoption of Good Agricultural Practices (GAP) standards such as Integrated Plant Nutrient Systems and Integrated Pest Management, we are concerned about the ad-hoc measures that the Government has adopted in the recent past with regards to agriculture, which has affected the resilience of our food systems. SLAF calls on the Government to engage with stakeholders towards a just transition to sustainable agriculture and ensure policy consistency through a broadly agreed, phased plan of implementation over the long-term. SLAF will constructively contribute to this transition in guiding policy through consultative processes involving all stakeholders and in supporting the agribusiness sector through access to knowledge and information, access to technology, access to finance and access to markets in leveraging the strengths of our network and membership.

SLAF invites agri-food sector stakeholders to partner with the Forum in advocating for sound policy and to ensure that policy action that transpires on the ground truly contributes to sustainable development.