China has risen on the foundations of its human capabilities and Indians ought to have a better appreciation of that.

This is a historic month for China. The Communist Party of China (CPC) came into being 100 years ago, in July 1921. Communist China entered the international mainstream a half century ago, in July 1971, when the United States decided to come to terms with the reality of its existence. China’s spectacular rise over the past quarter century, as a global trading superpower, the “factory of the world”, and as Asia’s most powerful nation, ready to challenge America’s global dominance, is the stuff of legend. 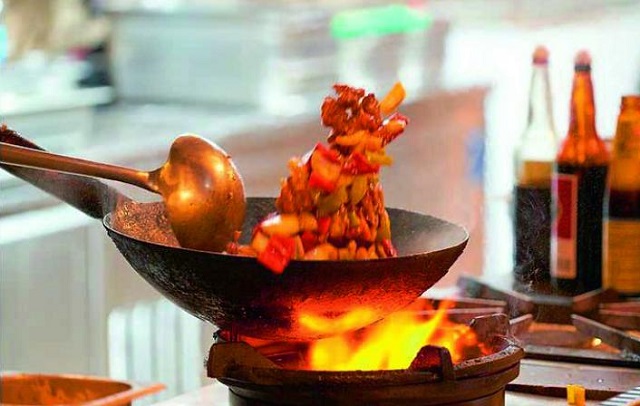 Yet, even as China celebrates these landmark events, large parts of the world have become increasingly concerned about its assertion of newly acquired hard power — economic and military. In looking back at China’s rise a large part of the public discourse in India has been dominated by commentators on foreign policy, security and defence. Regrettably, very little has appeared in print on the social, cultural and human dimensions of China’s transformation and rise.

In his recently published pithy narration of the events at Beijing’s Tiananmen Square in the summer of 1989 (Tiananmen Square: The Making of a Protest, A Diplomat Looks Back), former foreign secretary and a former Indian ambassador to China Vijay Gokhale observes in passing: “Indians can no longer afford to have a superficial understanding of events involving their largest neighbour and to-be-hegemon, other than at their own peril”.

Mr Gokhale is spot on. Yet so much about what appears in print in India about China is about foreign affairs and the economy, written mostly by Westerners or Indians living in the West, and so little from Indians with a first-hand knowledge and experience of life and people in China. For most Indians China is an adversary, a source of cheap products or the home of chow mien.

At one level this is not surprising. The fact is that the interaction between the neighbours has been limited through most history. More important, people-to-people interaction between the two republics over the past three quarters of a century has been even more limited. Little wonder then that even today we depend so much on retired diplomats to educate us about contemporary China. Only a couple of bright Indian journalists and a handful of scholars have been able to bridge the public awareness gap between the two.

This worryingly low level of social and cultural interaction between China and India has dipped further thanks to renewed tensions between the two and the post-Galwan and post-Covid freeze in bilateral interactions. The China-India relationship has moved from the honeymoon days of “Hindi-Chini bhai-bhai”, and the post-Cold War phase of increased economic and business interaction – “India-China buy-buy”, as someone put it — to the current “Cold War” phase of “India-China bye-bye”. This is not a satisfactory state of affairs.

Whatever the differences between the two countries, and there are many, there ought to be both a better understanding of each other within both societies and increased people-to-people interaction. For over a century Indians fought Western imperialism and colonialism and yet not only acquired an intimate knowledge of Western culture, science, literature, music and so on, but also benefitted from such knowledge.

India’s attitude towards China today should not be very different from the view that Mahatma Gandhi famously expressed of the kind of relationship that he sought with Britain and its people in the midst of the national movement for Independence. When asked by a Briton in that period “How far would you cut India off from the Empire?”, Gandhiji replied: “From the Empire, completely; from the British nation, not at all, if I want India to gain and not to grieve. The British Empire must go and I should love to be an equal partner with Britain, sharing her joys and sorrows. But it must be a partnership on equal terms.”

Even as India rejects China’s hegemonic ambitions, as it did the hegemony of the West, and disapproves of its authoritarian political system, Indians must acquire a better understanding and appreciation of Chinese society, culture and its knowledge-creating institutions. China is not merely an authoritarian, militarised Communist regime, which it is, but it is also a highly creative and productive knowledge-based society and economy. China has risen on the foundations of its human capabilities. Indians ought to have a better appreciation of that.

The Xi Jinping regime is itself to blame for the acute focus in Indian public discourse on China’s negative attributes. However, it is in India’s interest to balance that with a better understanding of life in China. The Chinese too should realise that Indians are a proud people with their own memory of their civilisational inheritance and can be nobody’s cat’s paw.

The history of Indian nationalism is in many ways greater than the history of Chinese nationalism. Mahatma Gandhi and the Indian  National Congress did not fight for India’s liberation alone. They fought for the liberation of all colonised people and against imperialism and colonialism in all its manifestations. Whatever strategic and foreign policy compromises India might make in the short run cannot be a deviation from its “tryst with destiny”.

In July 1971, when then US national security adviser Henry Kissinger met Chairman Mao Zedong in Beijing and proposed a US-China condominium against the Soviet Union, China did not give up its civilisational inheritance of being an independent-minded nation. It walked a path that gave it the strategic space for its own rise. India too seeks that space for its own development. Over the past 50 years the people-to-people contact between the United States and China has been intense and extensive. It has created the foundation for a durable relationship even when the two seek today greater strategic space for themselves.

It is in the interests of both China and India that there is similar engagement between their people, even as the two states jostle with each other for strategic space within Asia and the world. People-to-people relationships must stand on their own footing and not always be subject to state-to-state relations.

The writer is an economist, a former newspaper editor, a best-selling author, and former adviser to Prime Minister Manmohan Singh