PM Imran Khan also criticized Western powers especially US, who are the so called champions of Human rights, for not questioning India due to their own vested interests.

by Tanvir Ur Rehman

India and Pakistan have clashed at UN with PM Imran Khan slamming India for a “reign of terror” on Muslims. While addressing the 76th session of the UNGA, PM Imran unearthed PM Modi’s plan to “purge India of Muslims”.  He exposed the worst and most pervasive form of Islamophobia that rules India now. The hate-filled Hindutva ideology, propagated by the fascist RSS-BJP regime, has unleashed a reign of fear and violence against India’s 200 million-strong Muslim community. 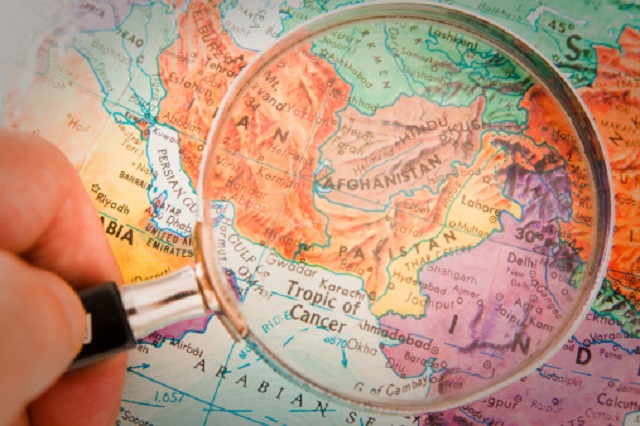 PM Imran Khan also criticized Western powers especially US, who are the so called champions of Human rights, for not questioning India due to their own vested interests. He stated that commercial interests of US and other Western nations is allowing India to “get away with human rights abuses with complete impunity.”

Responding to PM Khan’s fact based speech, India’s First Secretary at the General Assembly Sneha Dubey, while exercising the right to respond, leveled unfounded accusations against Pakistan of sheltering terrorists, a narrative that is very attractive in the West.

At the very forum, where Kashmir is well documented as “disputed land” she falsely claimed that J&K and Ladakh “were, are and will always be an integral and inalienable part of India”. However, exercising the right of reply in response to Indian representative’s allegations, Pakistani representative Saima Saleem said IIOJK is “neither a so-called integral part of India nor is it India’s internal matter”. Pakistani representative also said that India remnants in occupation of a globally recognized disputed terrain, whose final disposition needs to be decided in accordance with the democratic principles of a plebiscite under UN Security Council resolutions.

Pakistani representative at UNGA session impressively highlighted recently released comprehensive and well-researched dossier on Kashmir, containing the entire range of gross, systematic, and widespread violations of human rights being perpetrated by Indian security forces in IIOJK. She also urged comity of nations to take cognizance of the persuasive evidence and hold India accountable for all such heinous crimes.

Regrettably, this is not the first time India has misused platforms provided by the UN to propagate false and malicious propaganda against Pakistan, seeking in vain to divert the world`s attention from the sad state of own country where RSS extremists enjoy free pass while the lives of minorities, especially Muslims, are turned upside down.

It is an old Indian mantra that to divert attention from the ever-increasing international condemnation of India’s widespread and escalating human rights abuses in IIOJK, New Delhi continues to level unfounded allegations and rely on outright lies and muddying. India’s irrational obsession with Pakistan is neither new nor astonishing. It has polluted its ruling elite and governance structures. EU Disinfo Lab had vividly exposed how India has arrayed such tools of deflection, disinformation and deception against Pakistan, including at the United Nations.

Major human rights organisation, including Human Rights Watch and Amnesty International, have time and again expressed similar serious concerns about India’s human rights violations, against minorities in India including in IIOJK. In fact, a witch hunt has been launched against those in India who dare to report such crimes. Only last year, Amnesty International ceased work in India citing constant harassment at the hands of Modi government.

India is not only resorting to “state terrorism” to suppress the people of IIOJK, but is also funding and supporting terrorist organizations like the TTP which are involved in numerous cross-border terrorist attacks against Pakistan. Indian NSA Ajit Doval, has publicly admitted supporting and financing of sabotage activities against Pakistan. Arrested Indian spy, Kulbhushan Jadhav, had also confessed to organizing such terrorism in Pakistan.

It is time for India to realize that it has miserably failed to suppress the Kashmiris living under its occupation from demanding their inalienable right to self-determination. If India has nothing to hide, it must accept a UN Commission of Inquiry and agree to implement UN resolutions demanding a plebiscite to empower the people of IIOJK to exercise their right to self-determination.

Incumbent Imran Khan’s government, along with state pillars, are rightly exposing India on all available international forums. Efforts of engaging sane voices all over the world, like done in recent session of UK parliament, where Kashmir issue was raised in true letter and spirit, is need of the hour. I request media also to play its part sensibly to expose internal Indian fissures like Farmers movement, Assam riots, Plight of Minorities especially Muslims, Caste system in India and Dalits issue and last but not least Kashmir issue to open the eyes of world leaders and force them to resolve the issue as per UN resolutions. It is our national as well as moral duty to expose the real evil face of extremist / Nazi Modi to let the world know, who they are dealing with.

Writer is a PhD scholar, based in Islamabad.