After decades-long wait, Modi 2.0 appointed Gen Rawat as the CDS in 2019 but the Defence Planning Committee fell short of groundwork

Before the monsoon session of Parliament, Defence Minister Rajnath Singh invited two former Defence Ministers for a briefing. He did not dirty his hands but asked the CDS and COAS to brief them. In the UK, it would not happen. Politicians pass the buck to the military. Expectedly, the Army and Air Force have clashed over the transformational reforms underway. CDS Gen Rawat described the IAF as an extension of artillery and a combat support service. Air Chiefs have been kept out of the loop during the 1965 and 1971 wars, reflecting mistrust of IAF which is about air power required for “shaping the battlefield”. But boots on the ground are essential. 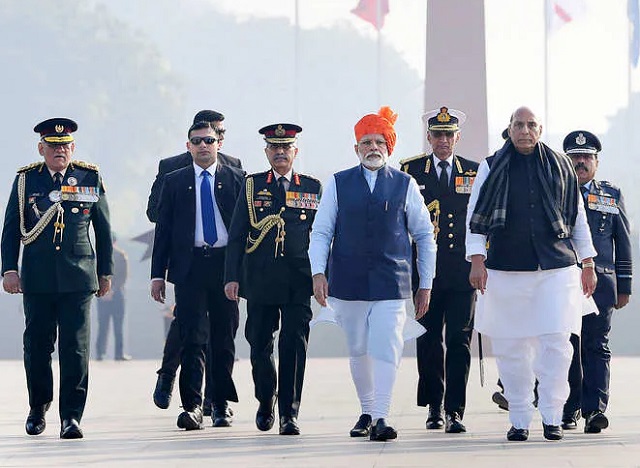 Rewind: Gulf War I (1991) lasted 44 days: 38 days of aerial bombardment and four-day land offensive. In Bosnia (1995), air power alone won the war in 17 days. Kosovo (1999), air war was 78 days with no ground offensive. The Afghanistan campaign (2001) lasted 65 days with 11 days of ground operations. The Iraq war (2003) lasted 21 days of air and land battle. In Sri Lanka, the IAF performed its modest role effectively. The IAF’s sterling performance though was the Balakot bombing — politically and strategically a turning point, marking the threshold of counter-terrorism response. The omission in employing IAF in 1962 was part of the political and military fiasco. Still, IAF insecurities arising from jointness, including rotation of three-star slots by merit, have to be addressed to achieve unification to obviate IAF Chief having to ask the Army Chief to requisition in writing that air support was required during Kargil.

The CDS traces its history to Admiral Mountbatten when he sounded Prime Minister Nehru about its utility. After the 1971 war, Prime Minister Gandhi had informed Field Marshal Sam Manekshaw he would become CDS but nothing came of it. The CDS was resurrected by a 2001 GoM containing 100 recommendations, most of which were implemented except CDS. When an attempt was made to appoint CDS, Air Chief Marshal OP Mehra accompanied by a posse of former Air Chiefs met the President and blocked the enterprise. In 2002, a CDS actually appeared on the horizon: His office was prepared in South Block, Guard of Honour rehearsed by Delhi Area and NDTV announced Adm Sushil Kumar’s elevation. But between the cup and the lip was a slip. The Naresh Chandra Task Force in 2013 revived the CDS in its less truculent avatar: Permanent Chairman Chiefs of Staff Committee. But Defence Minister AK Antony sat on the proposal. It was not until Christmas Day 2019 that Modi 2.0 Government issued a gazette notification appointing Rawat as “primus-inter-pares-CDS” — tasking him to implement jointness  by January 2023. A Department of Military Affairs was also created under MoD. Appointing a CDS has been an article of faith for the BJP.

Two questions arise from the reform process. First, did GoI do the necessary thinking and research — and who did it — before issuing the gazette notification? Why were the known historical IAF insecurities not addressed by the political authority? Unfortunately, the newly minted Defence Planning Committee under NSA AK Doval merely issued a charter of work to Rawat without the DPC doing any groundwork. Clearly such an epic transformational exercise should have begun by launching an SDSR (Strategic Defence and Security Review), preferably an Integrated Review, on the lines the UK did in March this year followed by enunciating a National Security Strategy. The DPC conveniently left the thinking to CDS, ignoring the inevitable repercussions.

I recall UK Defence Secretary Michael Heseltine explaining to me on the back of an envelope at RCDS London in 1984 how he had rewired the CDS system for unification and whose implementation he ordered in the face of revolt from Service Chiefs. The reforms were ordered top-down without passing the buck.

Modi had announced the appointment of CDS from Red Fort in 2019. The Government simply issued a fiat to CDS on jointness despite knowing opposition to it. This lack of consensus (which all militaries have had to overcome) emerged clumsily last month during a seminar organised by Global Counter-Terrorism Council in which both Rawat and Air Chief Marshal Bhadauria spoke. It was one of the ugliest public spats between a service chief and CDS, which has triggered an ill-informed debate. The remedial measure of an Experts Committee headed by CDS with Vice Chiefs of single services for more consultation and discussion is a bad idea: the medicine worse than the malady. The Defence Minister ought to have intervened and done a Heseltine.

The IAF’s concerns including integrated use of air power have to be addressed, given that IAF has only 30 fighter squadrons. Appointments of CDS and Combatant Commanders of other joint/integrated/unified commands and organisations be made by merit and not in Robin’s turn. The concepts of air-land and tri-service battles have to be revised and updated. Joint Professional Military Education should become mandatory for promotion to flag rank. An equivalent of US Goldwater-Nichols Act 1986 will ensure jointness to diminish inter-service rivalry. India was a pioneer in integration through Joint Services Wing/ National Defence Academy/ Defence Services Staff College/National Defence College. But long ago, the political class responsible for defence of India stopped thinking, leaving it to the military to self-reform. The politician is required to do and say more than “giving a befitting reply”.