The BJP has a firm, incontestable record of refusal of parliamentary debate.

The government must have its way and the opposition must have its say. Failure to understand this fundamental truth which lies at the heart of the process of parliamentary democracy is responsible for its overthrow and replacement by an autocratic regime. 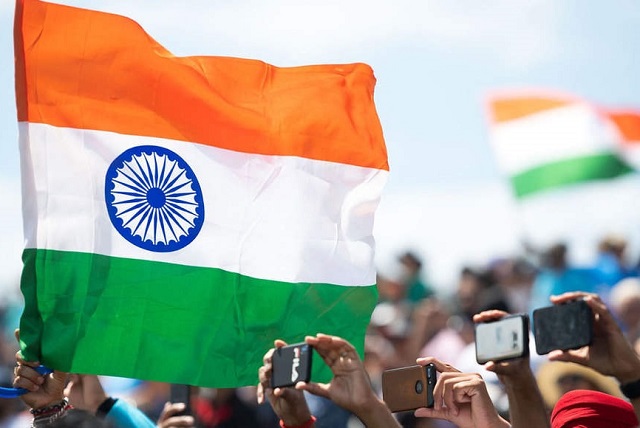 This truth was well stated by the great authority Ivor Jennings in his classic Cabinet Government. “The function of parliament is not to govern but to criticise. Its criticism, too, is directed not so much towards a fundamental modification of the government’s policy as towards the education of public opinion … the government governs and the opposition criticises. Failure to understand this simple principle is one of the causes of the failure of so many of the progeny of mother of parliaments and of the suppression of parliamentary government by dictatorships.”

People change. In 1974, the BJP leader Atal Bihari Vajpayee strongly disapproved of members of the Lok Sabha entering the well of the speaker and sitting in a dharna. There was provocation, though. On Sept 9, 1974, the union home minister, Mr Uma Shankar Dixit, had solemnly promised the Lok Sabha that he would report to it “after the investigation is over”. A couple of hours before parliament’s winter session began on Nov 11, a charge-sheet was filed in court so that the government could argue in the house that since the licence scandal was now sub judice, parliament could not discuss it. (The sub judice rule has been invoked repeatedly and deserves a closer look.)

The BJP has a firm, incontestable record of refusal of parliamentary debate.

Interestingly, during the interval, the home portfolio was transferred from Mr Dixit to Mr Brahmananda Reddy in order to save the former from embarrassment. In the case in point, the government proposed, at a fairly early stage, inspection of the relevant files by party leaders, debate in the two Houses, and a decision on the mode of inquiry thereafter. Since the offer was made by Mr V.C. Shukla, minister for parliamentary affairs, the opposition’s wariness was understandable. Not so its total rejection, least of all its demand of a prior ‘commitment’ to the establishment of a joint parliamentary committee or, for that matter, any committee of parliament.

At issue now is the Pegasus Project and the likelihood of an MoU between India and the Israeli cybersecurity company the NSO Group. Faced with the government’s dogged refusal to reveal the facts to parliament and the nation, India’s leading journalists like N. Ram of The Hindu Group, a hugely respected figure, moved the supreme court. The government took advantage of its own wrong and began to invoke the sub judice rule. Parliament may now dismiss a matter which is before a court of law. As in 1974 in the Tul Mohan Ram case, it would be open to the government to get filed a civil case before a district court to prevent debate in parliament. The government refusal to debate the matter far precedes the filing of the case.

The Pegasus Project comprising an international consortium of media groups, reported that phones of a number of individuals, many of them in India, including politicians, journalists, court officials, etc were infected with a spyware that the NSO sells only to governments. As reported in the Indian media, Binoy Viswam, a communist member of the Rajya Sabha, put some questions to the foreign affairs ministry. “… [T]he number of MoUs the government has entered into with foreign companies, the details sector-wise; (b) whether any of these MoUs with foreign companies has been in order to curb terror activities through cybersecurity, the details of the same; and (c) whether the government has entered into an MoU with NSO Group in order to curb terror activities through cybersecurity across the nation; if so, provide details thereof”. He was told the matter was in the supreme court, and his qu­­estions were not admitted.

As recalled by Manoj CG, the deputy associate editor of The Indian Express, when the Iraq oil-for-food scandal broke out, the BJP’s offensive, spearheaded by Sushma Swaraj and Arun Jaitley, resulted in the disruption of parliament in 2005 and a string of resignations by ministers. The Congress was in power at the time.

He also quoted Mr Jaitley’s reported remarks in 2011, “Parliament’s job is to conduct discussions. But many a time, parliament is used to ignore issues and in such situations, obstruction of parliament is in the favour of democracy. Therefore, parliamentary obstruction is not undemocratic.” Similarly, in August 2012, Mr Jaitely said in an interview: “We are not interested in a debate. What is there to debate? We have had bad experiences in these discussions in the past with the 2G scam.”

Such an approach undermines democracy itself. For parliament is the general inquest of the nation.

Lohan to be arrested without warrant?

Lohan to be arrested without warrant? Dr. Jayaruwan Bandara seeks for 14 days to appear before CID28 persons at a funeral test positive for Covid-19Pahanthudawa clip uploaded by a female – Police