The Prime Minister is  right when he said that there is a need to focus on developing futuristic solutions in the fields of education, health care, agriculture, defence and cyber technologies.

In an interaction  with the heads of over hundred institutes including  the IITs  and the Indian Institute of Science (IISC), IISERs , Prime Minister Narendra  Modi said   the” Atmanirbhar  Abhiyan”  implemented by Government of  India   should form the basis  to  achieve  the dreams and aspirations of India in the coming 25 years. Prime Minister further said that R&D  institutions  would be critical  to ensure  that the upcoming decade is termed “India’s Techade” 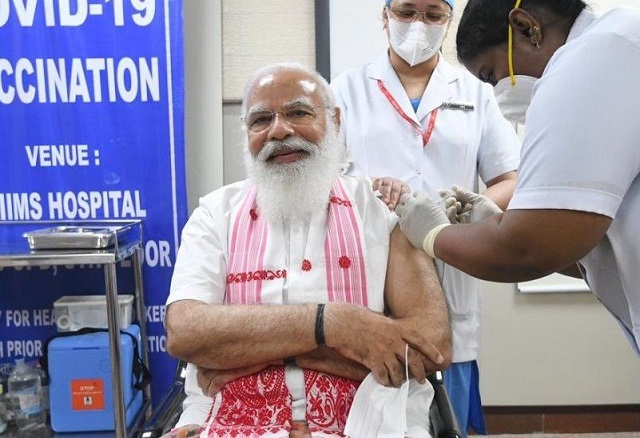 The Prime Minister is  right when he said that there is a need to focus on developing futuristic solutions in the fields of education, health care, agriculture, defence and cyber technologies. Obviously, the Prime Minister knows that  several other sectors including  chemical and allied industries have to expand  and improve  the  performance in quantitative and qualitative level, as the progress in  chemical  and other  industries is a pre condition for development in several other sectors..

The Prime Minister expects much from the innovators, researchers and scientists in India.

However, considering the ground realities, it appears that India  still has a long way to go.

Obviously, drastic changes have to be brought about in the mindset of the Indian scientists , technologists and entrepreneurs , apart from the fact that the commitment of those in power and  those serving in government machinery  at various levels should   be significantly improved.

While there are some isolated spectacular achievements in R&D in some sectors, taking a holistic view, the overall achievements in Indian  R&D field does not inspire confidence.

R&D activities are taking place in India largely in government owned CSIR labs and universities. The contribution of  the private sector in R&D activities is minimal due to whatever reasons.

As a result, the growth of Indian industry now is largely dependent on the level of import of technology from abroad, which happens even from tiny countries like Taiwan, South Korea and Israel.

To achieve Prime Minister’s aspirations  for India’s Techade, it is absolutely necessary that an element of dynamism and accountability have to be injected in the Indian R&D institutions and universities. Since   the government is spending thousands of crores of rupees  year after year  in funding research and in maintaining research institutions,  the Government of India  needs to ensure that the investment is well spent.

Obviously, one solution could be to privatize the CSIR labs and convert  them into  joint venture between private bodies and the government , that would lead to purposive and target oriented and time bound research activities.  Further, international organisations should be encouraged to  set up research centres in India , for which   India need to proactively modify the patent  regulations  and policies relating to  intellectual property rights . This would go a long way in moving towards Techade India.

In India, unfortunately, the dividing line between  politicians and environmentalists have become too thin. As a result, even some well meaning projects have been stopped by   so called environmentalists,due to  political reasons  and motivated, poorly informed and prejudiced views.

It is a sad fact that the media and politicians do not  give credence to the views and opinions of the scientists and researchers in matters relating to science ,technology and  ecological issues.  The politicians and activists seem to  think that they have the “liberty” to over rule the scientists and researchers.  The immediate example is the Neutrino project  in Tamil Nadu , which has been stranded  due to agitation by  politicians and environmental activists, who seem to think that they know better than the researchers and scientists  even with regard to such advanced technologies.  It may be recalled that the views of former President Abdul Kalam ,  who was a  renowned scientist, supporting  the Neutrino project was not good enough for the politicians and activists in Tamil Nadu to give up their resistance  to  the  Neutrino project.

Several other poorly informed and prejudiced debates against important projects have resulted in  the derailment of the projects , which has been causing  enormous harm to the industrial development and scientific advancement in the country.

The grim fact is that the counter productive and motivated environmental  campaign have  become  stumbling block to achieve  the Prime Minister’s dream for India’s Techade.

Certainly, Prime Minister has to restore the pride of place for technologists and researchers in the national arena and in the decision making process. In the present vitiated  climate in the country, where it appears that politics is the be all and end all of the national activity , ensuring the  respect for the researchers and technologists   appears to have become a challenging task.

On many occasions, the  project promoters and industrial leaders  have found that the frequent change in the policies, tax measures and directives of  the government have upset their short term and long term plans ,  due to lack of consistency in the policy measures of the government.

One immediate example that comes to mind is the retrospective tax, which has made the Vedanta group   go to court against  the  Government of India.

The frequent and sudden changes in the mining laws have also impacted several   mineral based industries.

Sugar industry is yet another victim of the government’s whimsical policies with regard to cane pricing , export of sugar etc., which come as a bolt from the blue for the project promoters.

Certainly, there are many project promoters and entrepreneurs in India in multiple fields, who have shown extraordinary level of initiatives that have  contributed to the industrial and economic growth of India.

While some  entrepreneurs could have indulged in misappropriation on some occasions , they are very few  in number and it is extremely counter productive to view all entrepreneurs with suspicion  . Some politicians and motivated critics have been creating a  bad image about the project promoters  as if they are greedy and exploiters  and the media give undue publicity to such negative aspersions.

For example, the campaign against  the Sterlite Copper unit in Tamil Nadu which has been forced to close down by the Tamil Nadu state government is suspected to be more political than technical. Many believe that Sterlite Copper has been sinned against  rather than sinning.  While the courts have allowed Sterlite Copper to resume operations  after examining the environmental issues and suggesting some remedial measures,  the hate campaign against the promoters is so strong and venomous and the state government is  refusing to permit the unit to operate. As a result, India has now become a net importer of copper though it was an exporter of copper when Sterilite Copper was in operation.  In the process , India is losing foreign exchange worth several thousands crores of rupees.

All said and done, the Prime Minister’s aspiration on India’s  techade is praiseworthy and achievable. However, this cannot be achieved by  tall talk and impressive dreams.

While several measures are required  to improve the investment and research climate, the need is that investors and researchers should be given their due place in the country  and their   true image   as  contributors for national growth   should be protected,  so long as they operate within the ambit of the law.

Finally, this article would not be complete without mentioning  political corruption at various levels  including at ministerial level, which is adversely impacting the growth of the economy  and industrial projects.

The Prime Minister should boldly and clearly tell the ministers and bureaucrats, both at the central and state level, that they should stop forthwith the habit of summoning chief executives  and top officers of  the industrial  and commercial organisations for personal appearance at the drop of a hat. Often , such summons are suspected to happen due to the demand for favouritism and bribes  by those in power.    Many times, the executives feel humiliated at the hands of even petty government officials. The Prime Minister has to condemn such behavior and tell the ministers and bureaucrats that they should exercise their powers within limits of modesty and humility and should not behave like emperors.

While India’s Techade is technically feasible, whether it is achievable in  practical terms is a moot question.

It needs two hands to clap.