Many people accuse the then Prime Minister Jawaharlal Nehru of keeping silent when China marched into  Tibet. Obviously, at that time, Nehru could do nothing else.

In the year 1950-51 , when China    entered  Tibet and ruthlessly suppressed the Tibetan protesters,  Government of India virtually kept quiet. Even then, several experts   in India suggested to the then Prime Minister Jawaharlal Nehru to examine the feasibility of stopping China’s aggression of Tibet and Nehru was forewarned that next target of China could be India. 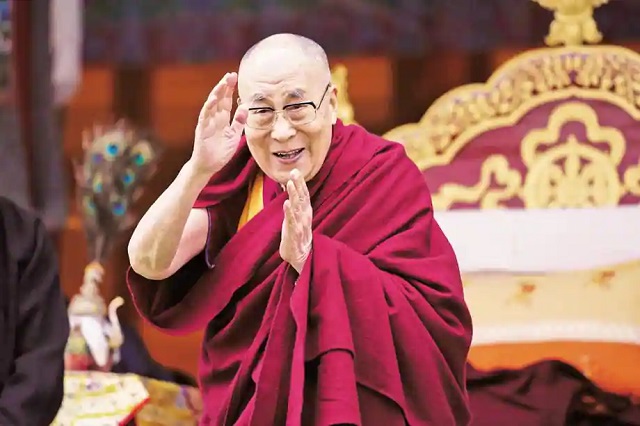 There is a recent report  ( The Hindu dated 28/11/2021 )  which said that Nehru consulted the then chief of army staff Field Marshall Cariappa  when China entered Tibet and the army chief told Nehru that the Indian army could, at best, push one brigade  up to  Gyantse  for a month or two but could not sustain it, stretched as it was with a war in Kashmir against Pakistan and with keeping the peace in a communally charged India after Partition.  Thus, Nehru was told that India had no military options.

Generally,  many people accuse the then Prime Minister Jawaharlal Nehru of keeping silent when China marched into  Tibet. Obviously, at that time , Nehru could do nothing else.

India is now paying the  price  for it’s Tibetan policy , with growing concern in India about China’s transgressions at the  Line of Actual control and reports of settlements of villages along it.

As China continues to threaten India by strengthening it’s military presence in the India Tibetan border, there is huge demand in India that the Prime Minister Narendra Modi should  prevent China from violating the Line of Actual Control.

Perhaps, Modi is thinking on the same line as Jawaharlal Nehru did in 1950-51 , concluding that India has  little  military options against China, in view of  China’s overwhelming military strength backed by  considerable economic power.

Perhaps, Prime Minister Modi and his adviser’s think that a simultaneous military confrontation with Pakistan and China could be a calculated risk and it would seriously  retard several significant economic , industrial and infrastructural projects being set up at rapid pace in India.

The dilemma for Prime Minister Modi in taking a military decision to stop China’s incursion is the uncertainty about US support for India in the event of a military confrontation with China and perhaps, with Pakistan also. Russia, with whom India is trying to have close relationship even as it is developing close relation with USA ,  has reduced itself to the level of ally of China  for all practical purposes.

U S President Biden after suffering humiliation in Afghanistan may leave India alone to fight it’s military confrontation with China  and U S may limit itself  by extending lip support only.  Russia too may  remain aloof.  European nations too are having huge problems and  the conflict of interest between France and England leading to bitterness between both these countries make it doubtful whether Europe could come to India’s rescue in the event of a military confrontation with China.

In this condition, Prime Minister Modi has joined QUAD alliance.  However,  it is not claimed to be a military alliance.

China not only is threatening India .It is also threatening  various countries such as Taiwan, Japan, Phillipines and others.  Japanese Prime Minister has said that the security situation around Japan causes concern and he said that Japan would consider all options including possessing enemy base  strike capability.  `Obviously, Japan too is not very sure about US support in case of a war like situation with China.

A number of countries in the world are concerned about China’s expansionist goals and ruthless behavior   and many think that Chinese President Xi Jinping is no different from that of Hitler immediately before the II world war. However, in the case of China India conflict , these counties may remain as silent observer.

Prime Minister Modi is now left with no option other than confronting China in whatever way possible, as China’s greed and aggressive claims would not go away anytime soon.

Prime Minister Modi is gradually strengthening  India’s  military  but  one cannot be sure as  to what extent this would be adequate,  in the event of military conflict with China .

Even as Modi try to avoid the military confrontation with China to the extent possible  inspite of China’s provocations, he can do some doable things immediately so that China would not take India for granted.

The one way of doing this is to treat the Tibetan issue as alive  and not as a closed chapter.

While Modi  may be hesitant to recognize Tibet as an independent country, India can permit the Tibetan government in exile to open  an office in New Delhi  and allow it to function freely. At least,one street in New Delhi should be named after the respected the Dalai Lama.  Modi should invite the Dalai Lama  for discussions,  even if it would be a courtesy call.

Further, Prime Minister Modi should decide to  boycott the Winter Olympic in China  which would be a big setback to China in it’s prestige in the world arena.

So far, inspite of China’s aggressive behaviour towards India, Modi has not gone beyond applying some cosmetic measures to confront China  like restricting Chinese investments in India.  This is not enough .

A decisive move by India to create  an impression around the world that the plight of Tibetans need recognition in the world , would certainly create fear in the mindset of President Xi Jinping, as many countries would   view such move as positive and necessary.  China would get an image as an aggressor and it would not like such condition.  Perhaps, China could even seek India’s support to legitimise it’s  illegal occupation of Tibet  and soften it’s confrontation with India.