At Zuckerberg’s side throughout was Sheryl Sandberg, the former Google executive who converted his technology into a profit powerhouse using an innovative and pernicious advertising business that was “surveilling” users for personal data.

by Cecilia Kang and Sheera Frenkel

Following excerpts adapted from the authors’ recent book, An Ugly Truth: Inside Facebook’s Battle for Domination published by Harper Collins

Mark Zuckerberg’s three greatest fears, according to a former senior Facebook executive, were that the site would be hacked, that his employees would be physically hurt, and that regulators would one day break up his social network. 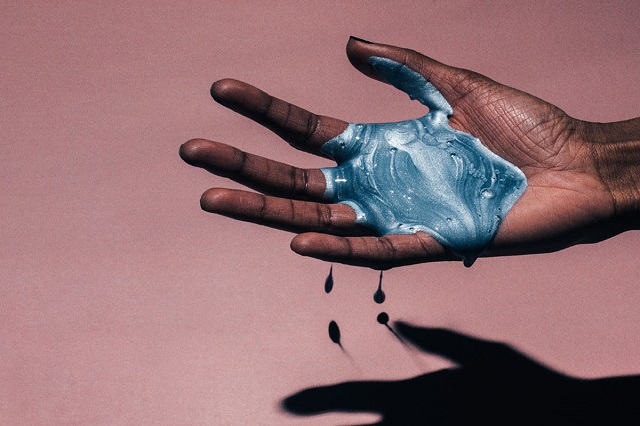 At 2:30 p.m. on December 9, 2020, that last fear became an imminent threat. The Federal Trade Commission and nearly every state in the nation sued Facebook for harming its users and competitors, and sought to dismantle the company.

Breaking news alerts flashed across the screens of tens of millions of smartphones. CNN and CNBC cut from regular programming to the announcement. The Wall Street Journal and the New York Times posted banner headlines across the tops of their home pages.

Minutes later, New York State Attorney General Letitia James, whose office coordinated the bipartisan coalition of forty-eight attorneys general, held a press conference in which she laid out the case, the strongest government offensive against a company since the breakup of AT&T in 1984.1 What she claimed amounted to a sweeping indictment of Facebook’s entire history—and specifically of its leaders, Mark Zuckerberg and Sheryl Sandberg.

“It tells a story from the beginning, the creation of Facebook at Harvard University,” James said. For years, Facebook had exercised a merciless “buy-or-bury” strategy to kill off competitors. The result was the creation of a powerful monopoly that wreaked broad damage. It abused the privacy of its users and spurred an epidemic of toxic and harmful content reaching three billion people. “By using its vast troves of data and money, Facebook has squashed or hindered what the company perceived as potential threats,” James said. “They’ve reduced choices for consumers, they stifled innovation and they degraded privacy protections for millions of Americans.”

Cited more than one hundred times by name in the complaints, Mark Zuckerberg was portrayed as a rule-breaking founder who achieved success through bullying and deception. “If you stepped into Facebook’s turf or resisted pressure to sell, Zuckerberg would go into ‘destroy mode’ subjecting your business to the ‘wrath of Mark,’” the attorneys general wrote, quoting from emails by competitors and investors. The chief executive was so afraid of losing out to rivals that he “sought to extinguish or impede, rather than outperform or out-innovate, any competitive threat.” He spied on competitors, and he broke commitments to the founders of Instagram and WhatsApp soon after the start-ups were acquired, the states’ complaint further alleged. 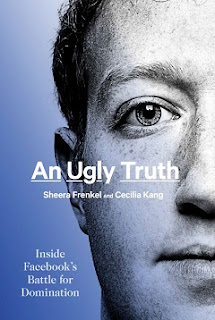 At Zuckerberg’s side throughout was Sheryl Sandberg, the former Google executive who converted his technology into a profit powerhouse using an innovative and pernicious advertising business that was “surveilling” users for personal data. Facebook’s ad business was predicated on a dangerous feedback loop: the more time users spent on the site, the more data Facebook mined. The lure was free access to the service, but consumers bore steep costs in other ways. “Users do not pay a cash price to use Facebook. Instead, users exchange their time, attention, and personal data for access to Facebook’s services,” the states’ complaint asserted.

It was a growth-at-any-cost business strategy, and Sandberg was the industry’s best at scaling the model. Intensely organized, analytical, hardworking, and with superior interpersonal skills, she was the perfect foil for Zuckerberg. She oversaw all the departments that didn’t interest him—policy and communication, legal, human resources, and revenue creation. Drawing on years of public speaking training, and on political consultants to curate her public persona, she was the palatable face of Facebook to investors and the public, distracting attention from the core problem.

“It’s about the business model,” one government official said in an interview. Sandberg’s behavioral advertising prototype treated human data as financial instruments bartered in markets like corn or pork belly futures. Her handiwork was “a contagion,” the official added, echoing the words of academic and activist Shoshana Zuboff, who a year earlier had described Sandberg as playing “the role of Typhoid Mary, bringing surveillance capitalism from Google to Facebook, when she signed on as Mark Zuckerberg’s number two.”

With scant competition to force the leaders to consider the wellbeing of their customers, there was “a proliferation of misinformation and violent or otherwise objectionable content on Facebook’s properties,” the attorneys general alleged in their complaint. Even when faced with major impropriety such as Russia’s disinformation campaign and the data privacy scandal involving Cambridge Analytica, users didn’t leave the site because there were few alternatives, the regulators maintained. As James succinctly described, “Instead of competing on the merits, Facebook used its power to suppress competition so it could take advantage of users and make billions by converting personal data into a cash cow.”

When the FTC and states came down with their landmark lawsuits against Facebook, we were nearing completion of our own investigation of the company, one based on fifteen years of reporting, which has afforded us a singular look at Facebook from the inside. Several versions of the Facebook story have been told in books and film. But despite being household names, Zuckerberg and Sandberg remain enigmas to the public, and for good reason. They are fiercely protective of the images they’ve cultivated—he, the technology visionary and philanthropist; she, business icon and feminist—and have surrounded the inner workings of “MPK,” the shorthand employees use to describe the headquarters’ campus in Menlo Park, with its moat of loyalists and culture of secrecy.

Many people regard Facebook as a company that lost its way: the classic Frankenstein story of a monster that broke free of its creator. We take a different point of view. From the moment Zuckerberg and Sandberg met at a Christmas party in December 2007, we believe, they sensed the potential to transform the company into the global power it is today. Through their partnership, they methodically built a business model that is unstoppable in its growth—with $85.9 billion in revenue in 2020 and a market value of $800 billion—and entirely deliberate in its design.

We have chosen to focus on a five-year period, from one U.S. election to another, during which both the company’s failure to protect its users and its vulnerabilities as a powerful global platform were exposed. All the issues that laid the groundwork for what Facebook is today came to a head within this time frame.

It would be easy to dismiss the story of Facebook as that of an algorithm gone wrong. The truth is far more complex.

Click here to have your copy of this book