A unique and incendiary memoir from an entrepreneur who rose to the highest realms of power and money in China and whose wife was disappeared, Red Roulette reveals the truth of what is happening inside the country’s wealth-making machine.  After the Communist Revolution, Desmond Shum’s grandfather was marked as belonging to a “black category” that included former landlords and rich peasants—meaning the Shums would be stigmatized and impoverished. As Desmond was growing up, he vowed his life would be different.  Through hard work and sheer tenacity Shum earned an American college degree and returned to China to establish himself in business. There, he met his future wife, the highly intelligent and equally ambitious Whitney Duan who was determined to make her mark within China’s male-dominated society. Whitney and Desmond formed an effective team and, aided by relationships they formed with top members of the red aristocracy, vaulted into China’s billionaire class. Soon they were developing the massive air cargo facility at Beijing International Airport, and they followed that feat with the creation of one of Beijing’s premier hotels. They were dazzlingly successful, traveling in private jets, funding multi-million-dollar buildings and endowments, and purchasing expensive homes, vehicles, and art.  But in 2017, their fates diverged irrevocably when Desmond, while residing overseas with his son, learned that his now ex-wife Whitney had vanished along with three coworkers.  This is both Desmond’s story and Whitney’s, because she cannot tell it herself.

On September 5, 2017, Whitney Duan, age fifty, disappeared from the streets of Beijing. She was last seen the day before in her sprawling office at Genesis Beijing, a development project she and I had built worth more than $2.5 billion. There, cocooned in a work space that visitors reached after running a gauntlet of security guards, meticulously landscaped gardens, and a dozen varieties of Italian marble, Whitney had masterminded real estate projects worth billions more. And now suddenly she was gone. 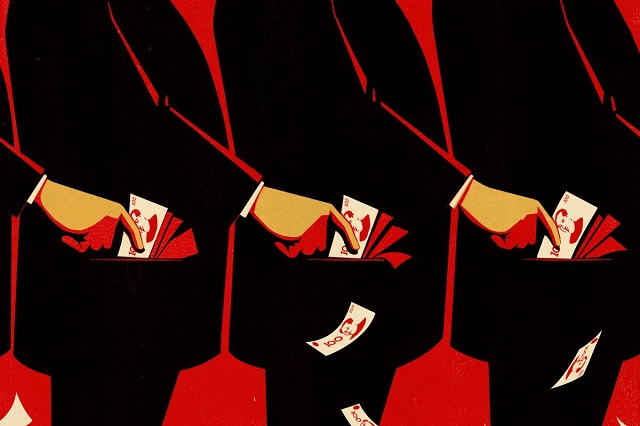 How had that happened? And who is Whitney Duan?

Whitney Duan was my wife and business partner for more than a decade. By that point, we were divorced, but for many years we’d been close collaborators and confidants and together had enjoyed the wildest of rides. We’d achieved our shared dream of doing great things in China for China. Coming from poverty, we’d been seized with a desire to make something of our lives. We were awed by our own success.

We’d built one of the biggest logistical hubs in the world at the Beijing Capital International Airport. We’d conceived and constructed the swankiest hotel and business center in China’s capital—located on a choice swath of real estate near the city’s bustling heart. We’d done stock deals that netted us hundreds of millions of dollars. We’d operated at the center of power in China, cultivating premiers, high-ranking members of the Chinese Communist Party, and their families. We’d counseled the up-and-coming officials who had all of China in their grasp. We’d pushed for social and political changes to make China a better place. By doing well, we believed we could do good. We’d done the math; our net wealth totaled in the billions.

But now she’d disappeared. From my home in England, I reached out to Whitney’s housekeeper, who said that Whitney hadn’t returned from work on that day in September 2017 and hadn’t been seen since. It was as if she’d been vaporized. 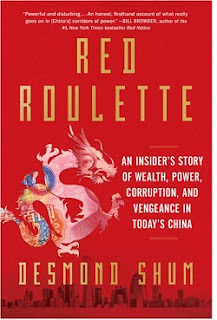 I called people in the company we’d founded and learned that Whitney wasn’t the only one to have vanished. Two senior executives in her firm—along with a junior assistant who doubled as a housekeeper—were also missing. None have been heard from since. I’d only just left Beijing in late July, having dropped off our son for a summer with his mother. I wondered: Might I have disappeared, too, if I’d stayed a few more weeks in China?

Unexplained disappearances occur regularly in China, where the Communist Party holds a monopoly on power. Despite legal protections enshrined in China’s constitution, Party investigators flout those rules to seize anyone on the flimsiest of pretexts and hold them indefinitely. These days Chinese Communist operatives even perform snatch-and-grab operations overseas, targeting newspaper publishers, businessmen, booksellers, and dissidents. You’ve heard about America’s extraordinary rendition of terrorist suspects. Well, this is China’s version.

I called Whitney’s parents, but they knew nothing. I asked friends, senior officials in the Communist Party hierarchy who owed their positions to her. None were willing to intercede on her behalf. People were so worried about being ensnared by Whitney’s case and so afraid of the Party’s Central Commission for Discipline Inspection, which I’ve concluded is the organization that is holding Whitney, that they were unwilling to lend a hand.

The more I asked around, the more I realized that every relationship formed among those who work within the Party system in China is saturated by calculations of benefit and loss. Whitney had been extraordinarily useful to her friends. She’d arranged for promotions for scores of people inside the Chinese Communist Party and the government. She’d managed their careers and spent countless hours strategizing with them about the next move. But now that she was in danger, they’d dropped her like a stone.

As I thought frantically about what to do, what clever approach would deliver back to my son the mother who’d gone missing and the ex-wife who’d had such a transformative effect on my life, I reflected on the years-long series of incredible events that had led to this.

When Whitney disappeared, her net worth vastly exceeded what either of us might have imagined back in the early days of our relationship. A woman of outsize talents in a patriarchal society, she’d played the roulette-like political environment of the New China with unparalleled skill, parlaying an alliance with the family of a political titan into almost unimaginable success. Until she didn’t. She’d understood the real China, until she didn’t. I was her business partner and husband. We scaled the heights together. This is my story, and hers. 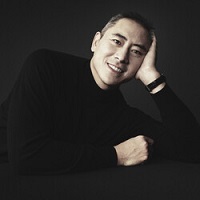 About The Author: Desmond Shum, who was born in Shanghai and raised in Hong Kong, developed the largest air cargo logistics facility in China, the Beijing Airport Cargo Terminal. He also led the development of the Bulgari Hotel in Beijing. In addition, starting in the early 2000s, he was an early pioneer of philanthropy in China, gifting extensively both domestically and internationally. Desmond holds a Bachelor’s degree in Finance and Accounting from the University of Wisconsin-Madison in the United States, and is a graduate of the joint-EMBA program of Northwestern University (US) and the Hong Kong University of Science and Technology.