Under the present international and national circumstances of each and every country, balancing human rights with human duties and responsibilities has become of paramount importance. Although this has been a theme from the beginning of human civilization, human’s always have had a tendency to undermine the duties and responsibilities. The reason perhaps being that they gave priority to material needs and personal interests instead of overall moral values and ethical principles. 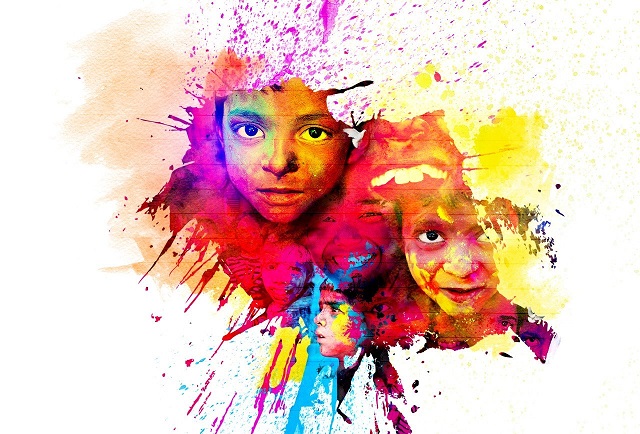 Now we have come to a crisis point with the coronavirus pandemic, global warming, natural disasters and environmental pollution. Even before, these moral issues were there in respect of universal  poverty, malnutrition and class discrimination. No international leader however appeared to care much for these needs when they were in power.

The InterAction Council (IAC) consisting of a group of former statemen and leaders however came up with a Universal Declaration of Human Duties in 1997 which is much relevance today. Nevertheless, it is not clear whether this would be followed up by the IAC and others under the present circumstances.

Almost all religious leaders and most (ancient) philosophers emphasized the importance of human duties and responsibilities along with or separate from rights. Those were mainly the times of feudalism or similar social settings. Therefore one could cynically argue that those pronouncements were mainly to justify feudal societies, if not feudal exploitation.

However a closer look at those teachings show whether it was Hinduism, Buddhism, Confucianism, Greek philosophy, Judaism or Islam that the purposes were to advocate rightful/spiritual individuals and cohesive societies. Almost all of those leaders found something wrong with the existing societies. Different leaders of course gave different reasons and explanations. The teachings also differed depending on the times and circumstances. For example, Sigalovada Sutta of the Buddha differed from the Laws of Manu of Hinduism. Sermon of the Mount of Jesus differed from the Ten Commandments that Moses advocated. These differences also were in respect of duties and responsibilities.

It is difficult to discuss or compare all religious and premodern philosophical doctrines, in this short space, justifying the importance of duties and responsibilities. However the importance or the similarity between the Sigalovada Sutta (Buddhist) and the Sermon on the Mount (Christian) cannot be overlooked.

Both discourses started with general moral principles whether we fully agree with them or not. The Buddha talked about four vices in conduct, evil action in four ways, and six channels for dissipating wealth as preface to his main discourse. Altogether fourteen evil thingswere emphasized that people have an obligation to prevent from. See Narada Thera on Sigalovada Sutta.

The Christ talked about eight beatitudes before the main sermon. These were put forward as positive attributes. Blessed are (1) the poor in spirit, (2) who are meek in behavior, (3) the mourners, (4) who suffer from hunger, (5) who are the merciful, (6) those who are pure in heart, (7) the peacemakers, and (8) those who have been persecuted for righteousness’ sake. When he said ‘blessed are those who suffer from hunger,’ the purpose was not to justify poverty,but to sympathize with the poor in unreasonable society. See Charles Gore for the Sermon on the Mount.

In most of these moral principles, which have now been abandoned by many disciples, both leaders came closer in principles and heart. In the Veludvara Sutta, Buddha said “one should not do anything to others that one does not like done to oneself.” Likewise, near the end of the Sermon on the Mount, Jesus said: “So in everything, do to others what you would have them do to you.” This common principle is now identified as the ‘Golden Rule.’

The Sigalovada Sutta is undoubtedly much pertinent to today’s debates on rights and duties, emphasizing the reciprocity between different dutiesof duty holders. In advising Sigala about the real meaning of worshiping the ‘six quarters,’the Buddha explained the mutuality of duties between: children and parents; students and teachers; husbands and wives; friends and associates; employees and employers; religious leaders and their followers.

Interpreted from Narada Thera, most interesting today might be the following.

‘There are five ways a husband should minister duties to a wife: (i) by being courteous to her,(ii) by not despising her,(iii) by being faithful to her,(iv) by handing over authority to her,and (v) by providing her with adornments.’

On the other hand, ‘There are five ways a wife must minister duties to a husband: (i) by performing her duties well,(ii) being hospitable to relations and attendants, (iii) being faithful,(iv) by protecting what he brings,and (v) being skillful and industrious in discharging her duties.’

During the Modern Era

It was towards the end of the medieval period in Europe that the rights of individuals or groups (with some status) started to emerge. Magna Carta of 1215 was one example. It was the rebellious Barons against an authoritarian King/s that these rights were first articulated.

However it is a mistake to consider that modern philosophers and intellectuals were not concerned about people’s duties. In 1673, Samuel Pufendorf wrote his treatise, ‘On the Duty of Man and Citizen.’ He was basing his arguments on what meant to be natural law and said ‘more inhumanity to man has been done by man himself than any other causes of the nature.’ According to him, the first duty of man is to the God, and then to the ‘natural laws’ governing the society. As a consequence, man has duties to himself, the fellow citizens and society.

When we normally refer to the modern origins of human rights philosophy, we refer only to the ‘Declaration of the Rights of Man and Citizen’ of the French Revolution (1789) or revised versions thereafter. However in 1795 there was a ‘Declaration of the Rights and Duties of Man and Citizen.’ “The maintenance of society requires that those who compose it should both know and fulfil their duties,” the document declared.

This second declaration which became the basis of a new French constitution after Robespierre’s terror and anarchy (before Napoleon’s reign), declared both rights and duties. On the rights side, ‘liberty, equality, security and property’ were declared as before. On the duties side, first came the duties of the legislators (like our parliamentarians), and the government. To mention only two of the other duty propositions, it said (1) “the obligations of each person to society consist in defending it, serving it, living in submission to the laws, and respecting those who are the agents of them,” and (2) “no one is a good citizen unless he is a good son, good father, good brother, good friend, and good husband.”

I can go on and on referring to other declarations (of that time and after) and to philosophers like Emmanuel Kant, Emile Durkheim or Mahatma Gandhi. However the pertinent question is why did the drafter’s of the UN ‘Universal Declaration of Human Rights (UDHR)’in 1948 overlooked this side of human nature or necessity? I have previously mentioned that I asked this question from one of the UDHR drafters, John Humphrey, in 1988 at a UNESCO conference held in Malta. Unfortunately, he did not have a good answer except referring to Article 29 of the UDHR!

In 1983, a former Prime Minister of Japan, Takeo Fukuda, initiated the InterAction Council (IAC). The other leaders who were in the forefront then and thereafter were Helmut Schmidt (Germany), Pierre Trudeau (Canada), Bill Clinton (US), and Malcolm Frazer (Australia). There were many others as members. As the IAC pronounced, “The idea was that former world leaders would be free to reflect on their experiences, and look beyond the immediacy of current issues and the limitation of national interests, to focus on the long term structural factors driving the global agenda.”

It was in 1987 that the Council convened an important meeting in Rome of religious leaders for a dialogue of religious kind (interreligious dialogue) to emphasize ethical principles necessary in the circumstances of cold war, ideological and religious animosities, globalization of extreme profit making efforts and the neglect of moral and ethical principles.

More pertinent to our discussion here is the InterAction Council’s initiative during 1996 and 1997 to bring a “Universal Declaration of Human Responsibilities” which in fact was a great achievement.

During this era of globalization, the Council declared that “Globalization also applies to the necessity for global ethical standards, since without ethics and self-restraint, humankind would revert to the Jungle.” It identified the “Golden Rule”as an ethical standard common to all major religions that makes a collective life possible.

Although the Declaration (another UDHR) was a great achievement, it was not properly followed up for reasons clearly not known. The InterAction Council is planning to have its (previously postponed) 37th Plenary Meeting on 1 and 2 December 2021 in Malta in association with the One Young World organization.

Considering the validity of human duties and responsibilities along with human rights under the present circumstances of coronavirus pandemic, global warming, environmental disasters, and increasing global poverty, it is hoped and suggested that the InterAction Council would give much emphasis in promoting those ethical principles in its forthcoming meeting.