Returning to Nepal after a 20-month COVID lockdown was not easy given the erratic flight schedules and hassles in border entry. A clear blue sky, glistening sunshine and a majestic Himalayan parade led by Machapuchere and Annapurna welcomes us back to Pokhara. The two-year long power struggle in the largest communist alliance failed to deliver the political stability it was congenitally endowed with (two thirds majority) after Prime Minister KP Oli and former Prime Minister Prachanda parted ways much to the chagrin of China, paving the way for the ruling five-party democratic alliance led by Nepali Congress Prime Minister Sher Bahadur Deuba. The two governance issues, however, trouble the Government: the crisis in judiciary over impeachment of Chief Justice Cholendra Rana; and divisions over US Millennium Challenge Corporation award. 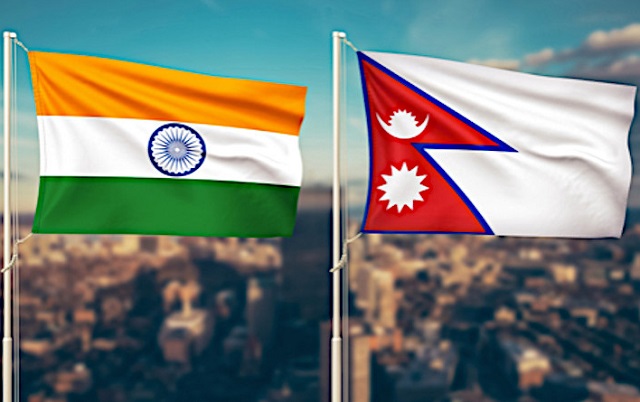 Dominating the political landscape are ongoing and forthcoming general conventions of CPN UML (Oli), Nepali Congress (Deuba) and CPN Maoist (Prachanda). The leaders named against parties are sure to return as chairman/president. In the next elections, the NC is aiming to emerge as the single largest party as Defence Minister Minendra Rijal explained: “we have a 36 per cent vote share which, by next year, will grow to nearly 40 per cent and with PR, we will win nearly 160 seats (in 275-member house).” The UML, which is the single largest party today with 93 seats, remains the most popular and stable party with a solid electoral base and Oli’s charisma all intact. According to an Indian diplomat, the UML and NC could be neck and neck. Prachanda is accused of breaking the Left alliance giving the sympathy vote to Oli. Prachanda has urged the other breakaway faction — now CPN (Unified Socialists) led by former Prime Minister Madhav Nepal — to consider a pre-poll alliance so that they can emerge as the third largest party though Maoists have always aspired for second position. Some fear they may decline to fourth position if the Janata Samajwadi Party (Upendra Yadav and Mahanta Thakur) can re-unite. But it is early days as the election is due only at the end of 2022.

The Chinese are very disappointed with Oli for not saving the Left alliance they helped cobble up and instead turning to India for salvation. But they are still in the game, though some feel Beijing has shot its bolt. Nepal is quite scared of China, especially after ominous warnings by President Xi Jinping from Kathmandu during his first visit in 2019. He said to the effect that anyone who dares to split China will be ‘crushed’ and those who attempt anti-China activities will have ‘their bones shattered’. Two recent books by Nepali authors — Sanjay Upadhya’s How India Lost Nepal to China and Amish Raj Mulmi’s All Roads Lead North illustrate China’s high stake game in Nepal. While Beijing’s capacity in reconstructing the Left alliance seems limited, as it is pitted against India and the US, it will not give up. Many see the MCC as part of the Indo-Pacific strategy to contain China which is why it is unlikely to pass muster in the present Parliament.

The black hole in India-Nepal relations remains the economic blockade of 2015 and New Delhi’s grudging acceptance of the 2015 constitution. After Prime Minister Modi’s 2014-15 visits and his captivating speeches, expectations from India were very high but the opposite happened. Fortunately, some of the anti-India feeling has ricocheted to China due to its unabashed interference in domestic politics while trying to rescue the Left alliance. Shortly, Nepal which in 2017 was load-shedding upto 18-hours a day, will be in a position to export power to India though only a modest 39 MW and increase its sale capacity as power transmission lines are developed southwards. A tricky Oli legacy issue is incorporation of India’s Kalapani, Lipulekh and Limpiyadhura in Nepali maps which was legislated by a full House. Nepal is consulting India on methodology for conducting its 12th national census there without trespass of territory. Oli said last Sunday at the UML convention that if returned to power, he will get the land back from India through dialogue.

Some Nepalese told me that it is no longer a border issue but one of sovereignty. Like Pakistan sought J&K from India as a peace offering, Nepal also wants a grand gesture from India conceding Kalapani and other territory. They also complained about New Delhi suppressing the Eminent Persons Group report. Meanwhile, Baba Ramdev was in Kathmandu last month and hosted by Nepal’s cabinet. Although Deuba and Prachanda inaugurated the Patanjali TV station dedicated to yoga, Ramdev is seen as a Trojan horse for revival of Hindu rashtra. But the nationalists, Maoists and other republicans will obstruct restoration of any form of monarchy and Hindu State, even though Oli had announced last year that Ram was born in Chitwan Nepal. Many State and public buses carry bills that Buddha was born in Nepal to remind the Southern neighbour of the sanctity of ownership: be it Ram, Buddha or Kalapani.

Still, strategic geography compels Kathmandu to discreetly follow an India first policy — like Maldives more openly and Sri Lanka cautiously — though China’s shadow is a speed-breaker. Beijing would give its right arm to break the ruling democratic alliance and restore Left’s primacy validating Upadhyay’s theory that India has lost Nepal to China.