The government should know  that there are certain set practices in Christian, Islam and other religions about the appointment of priests

In the last one hundred days after the present Tamil Nadu government  has assumed office , there has been excessive focus on “reforming” Hindu religion.  So many other issues  such as corruption in the government machinery at all levels , rapidly increasing liquor addiction in the state , tax evasion , huge debt burden ,problems of farmers in delta region whose paddy stock has been spoiled due to lack of storage ., corruption in procurement price of paddy etc.  have not received much attention,  similar  to what “reforming” Hindu religion has received. 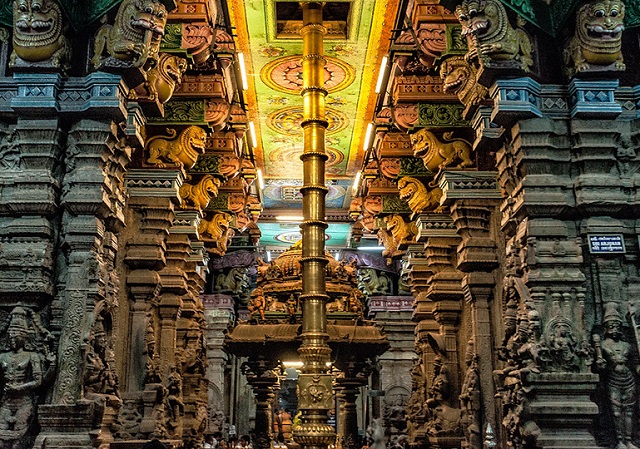 Every other day, government has been announcing that it has retrieved the un authorisedly occupied land belonging to Hindu temples.  . Concerned minister is visiting temples frequently and has  “inaugurated” Tamil archana , as if Tamil archana has not been done before.

While this has created an impression that Tamil Nadu government is  favourably disposed towards Hindu temples, it has been then said that some  retrieved land  belonging to temples could be utilised for setting up educational institutions

Now, the government has appointed archakas belonging to various castes for several Hindu temples , replacing the traditional archakas  who have much knowledge and experience about temple rituals, gained over several years.

The government says that the existing superannuated priests would be getting daily wages . For the priests in Hindu temples, there is nothing like superannuation and they continue life long as priests until such time that their health  would permit. The government should understand that it can not  administer temples like government departments. As a matter of fact, the Hindu devotees, whatever the caste or sub caste that they belong to, view the aged priests with lot of experience  in conducting rituals with special respect.

Government says that it has appointed” trained archakas”  who are not brahmins. The question is as to whether  these so called “trained archakas” have been  tested by senior priests who have been traditionally trained as per agama shastra. As per the Vedas and other spiritual texts, people belonging to Brahmana Varna (not caste) are to be ordained as priests. They need to undego Vedic learning under an Acharya for several years before they can become priests. There are several rules and regulations. Only knowledge does not make one a priest. Have the government appointed persons attained such knowledge and experience to fulfil what the scriptures tell?

As the government has now made caste as an issue in appointing the priests for Hindu temples , one may soon find reservation being demanded for scheduled caste, scheduled tribe and OBC for appointment of priests in the temples and  government may even reduce the level of qualification for the SC/ST and OBC candidates. Certainly, the government has created a caste conflict in Hindu temples,  knowingly or unknowingly.

Already demand is being made by some parties who are known to be antagonists to Hindu religion that women should be appointed as priests in Hindu temples . In such case, will  the government provide  special leave for women for certain days in a month ?

The government should also know  that there are certain set practices in Christian, Islam and other religions about the appointment of priests

In this scenario, one cannot miss the point  that the Tamil Nadu government has not cared to reform practices in Church for Christians or in Mosque for Muslims or in Gurudwara for Sikhs.  Then, why target Hindu temples alone?.,

In the recent budget, government of Tamil Nadu has allotted  Rs. 6 crore for maintenance of Churches and Mosques but nothing has been mentioned about allotting money for maintaining the Hindu temples or Gurudwaras . One has to ponder about  this point, as there is a differential treatment given by Tamil Nadu government between different religions.

The decision of the Tamil Nadu government  to appoint “trained  archakas “ has introduced an element of confusion  amongst the Hindu devotees belonging to all castes and sub castes.