The world welcomed the achievement as joyous news amidst the misery of a pandemic still ravaging the world.

“What’s in a name? that which we call a rose by any other name would smell as sweet” ~ Romeo and Juliet 2:2

On July 20, 2021, at a little past 9 A.M. billionaire Jeff Bezos and three others lifted off in the Blue Origin New Shephard capsule for “space”. CBS Miami reported on the same day that “at an altitude of about 45 miles, the booster rocket separated from the capsule, allowing it to fly on its won. Bezos and his fellow astronauts floated in microgravity for a few minutes before parachutes and thruster rockets helped land the capsule at 9:22 a.m. The capsule reached a high point of just above 63 miles and the ride lasted roughly ten minutes”. 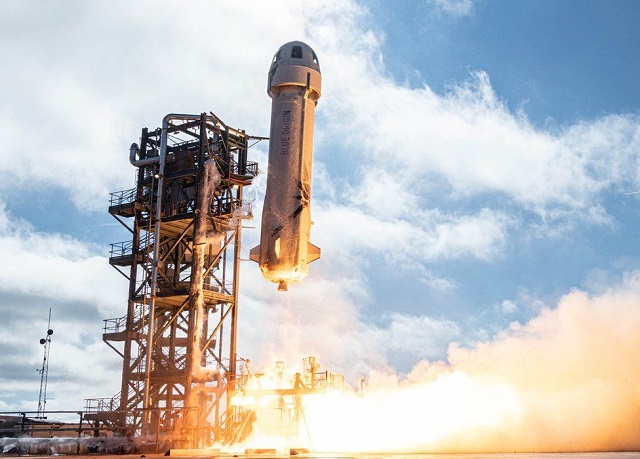 The world welcomed the achievement as joyous news amidst the misery of a pandemic still ravaging the world.  There was one snag though.  The snag came in the nature of the words “Bezos and his fellow astronauts”. No, they were not, said the Federal Aviation Administration (FAA), as reported in FOX Business News. On the same day Bezos took flight the FAA released Order No 8800.2 which says inter alia that for a person to be called an astronaut he/she should: meet the requirements for flight crew qualifications and training under Title 14 of the Code of Federal Regulations (14 CFR) part 460; demonstrate flight beyond 50 statute miles above the surface of the Earth as flight crew on an FAA/AST licensed or permitted launch or re-entry vehicle; and demonstrate activities during flight that were essential to public safety, or contributed to human space flight safety.

The problem with the Blue Origin voyage was that it was fully automated and no one participating therein inter alia  “demonstrated activities during flight that were essential to public safety or contributed to human space flight safety”.  Of course, one wonders whether Mr. Bezos or any of the other three on board would give a jot as to what title would be ascribed to them after the flight.  After all, particularly in Mr. Bezos’ case with all his achievements and wealth, all that he wanted could have been to have gone beyond the atmosphere because he could.

The problem is deeper than semantics and mere quibbling on words.  For one, the jury is still out on when airspace ends, and outer space begins.  There are various theories in the absence of global recognition through international treaty.  The issue, before one comes to who an astronaut is, would be whether Mr. Bezos and his three colleagues actually went to outer space.  Is it really 50 miles above the surface of the Earth as the FAA says? The Outer Space Treaty of 1967 is silent on the “line” at which outer space starts and airspace ends. The only reference in the treaty is in Article V which requires that States Parties to the Treaty regard astronauts as envoys of mankind in outer space and are obligated to  render to them all possible assistance in the event of accident, distress, or emergency landing on the territory of another State Party or on the high seas. When astronauts make such a landing, they are required to  be safely and promptly returned to the State of registry of their space vehicle.

The other issue is on what Nobel laureate Daniel Kahneman and two co authors call “Noise” in their latest book.  Let’s discuss this one by one.  First, for the theories.

Another theory called the “Usque ad Infinitum” theory posits that sovereignty of a State should extend beyond any altitudinal bounds. This has been criticized as being both arbitrary and ambivalent. The “national security and effective control” theory on the other hand suggests that state sovereignty should extend as far out as the subjacent state could exercise effective control. This is based on the argument that state sovereignty extends to any point in outer space if activities conducted therein affect state security or human welfare.

The aerodynamic lift theory has been rejected on the ground that the absence of air cannot be clearly identified with an altitudinal limit and that there could be areas in outer space where pockets of air may be found. The Usque ad Infinitum theory has been debunked for obvious reasons.

Now for the “Noise” aspect of vacillation in human interpretation. Before we get to “Noise” let us look as some of the definitions of “astronaut”: Merriam Webster Dictionary defines “astronaut” as “  a person who travels beyond the earth’s atmosphere” ; Microsoft Bing has an “astronaut” as “a person who is trained to travel in a spacecraft”.  Both these definitions are at variance with the FAA criteria. Kahneman categorises this phenomenon as “Noise” – variability in judgments that should be identical.  In their book titled “Noise” Kahneman and his co-authors demonstrate that noise in many fields, be it in law, medicine, forecasting and many other fields which require fixed outcomes in similar circumstances has detrimental effects.

Is an astronaut a person a person trained, equipped, and deployed by a human spaceflight program to serve as a commander or crew member aboard a spacecraft? Or is he or she a person who just travels to outer space?  What is outer space for that matter? Is a person who plays golf a “golfer”? or a person who swims for recreation a “swimmer”?

Perhaps the Outer Space Treaty was right to leave the matter open.

Dr. Abeyratne is the author of Space Security Law (Springer) and Frontiers of Aerospace Law (Ashgate).