Since its birth, the RAB has been fighting terrorism and those involved in drug trafficking. If the United States aims to curb illegal human trafficking and criminal activity, this is precisely what the RAB is doing in Bangladesh.

Although the RAB has paid a heavy price in its campaign against terrorists and drug smugglers, the US has unfairly imposed sanctions against the group.

A major obstacle to Bangladesh’s progress has traditionally been a volatile law and order situation, which forced the government to form an elite force to make the police more dynamic and effective. This is how the Rapid Action Battalion (RAB) began its journey on March 26, 2004. Its operational activities started on June 21 that year. 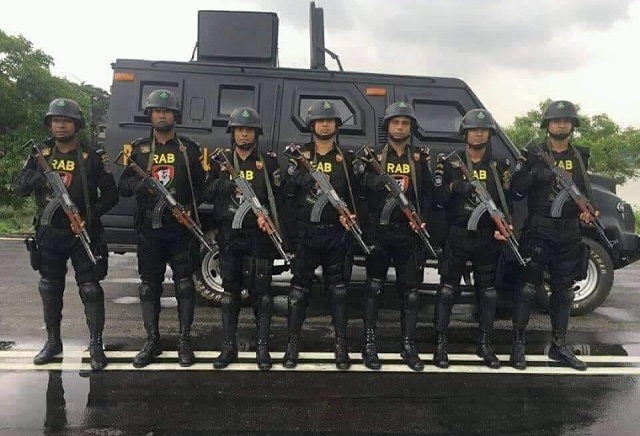 Since its birth, the RAB has been fighting terrorism and those involved in drug trafficking. If the United States aims to curb illegal human trafficking and criminal activity, this is precisely what the RAB is doing in Bangladesh.

After the verdict in seven murder cases in Narayanganj on January 19, 2017, the US wanted Bangladesh to abolish RAB, calling it an “in-house death squad”. The government was criticized for alleged involvement in extrajudicial killings, torture, and disappearances. Twenty-five members of RAB have been convicted for the murders in Narayanganj. Of them, 16 were sentenced to death and nine to various terms of imprisonment.

Due to this aberration, there is a tendency to underestimate the achievements of RAB. But its success is more than just a measure of failure. It is also playing a special role in suppressing traditional crimes.

According to media reports, RAB has so far arrested 1,200 criminals and rescued more than 1,000 victims of human trafficking. About 16,000 firearms and 2.5 million rounds of ammunition have been seized from terrorists and arms dealers. Some 13,000 armed terrorists have been arrested. Also, it has taken into custody more than 500 Sundarbans-centric pirates and bandits.

According to law enforcement agencies, drugs have been behind many crimes including theft, robbery, smuggling and use of illegal weapons all over the country including Dhaka. The RAB has a zero-tolerance policy against drugs.

According to RAB statistics, the force has arrested about 55,000 drug dealers since May 3, 2016 — and 1.5 lakh since its inception. It has seized drugs worth Rs 3,000 crore including Yaba tablets (most commonly used in Bangladesh), heroin and phencidyl.

Yaba is mostly smuggled from Myanmar. Regular operations are carried out against Yaba traders in and around Cox’s Bazar. Since militants killed 20 people, including 17 foreigners, in an attack on the Holey Artisan Bakery (Spanish restaurant) in Dhaka in July 2016, the RAB has played an effective role against militancy.

According to RAB sources, it has conducted 241 anti-militant operations since then, arresting 809 militants and killing 25 in gun battles. In addition, seven militants have surrendered. All activities of the militants are monitored.

The RAB has paid a heavy price in its campaign against criminals. Twenty-seven personnel have lost their lives. More than 1,000 have been maimed in various operations. Another 2,000 have been injured.

Today, due to the success of RAB’s campaigns, militancy and terrorism have come down to virtually zero in the whole country. The Sundarbans have been freed from piracy. No wonder, RAB officials have received various medals and recognition.

Unfortunately, the US in December imposed human rights-related sanctions on RAB and seven of its current and former officials, accusing them of involvement in hundreds of enforced disappearances and extrajudicial killings since 2009. One of the sanctioned officers is Benazir Ahmed, the Inspector General of Bangladesh Police. Most Bangladeshis feel that the US action is wrong.