The icing was always the home lifestyle. As good as it can be and better than most. Gave my wife and children a very decent comfortable life.

I drove aeroplanes for a living. I drove 747s for Singapore Airlines, probably the best airline in the world at that time. It was a great life. Better than most that I can think of. Fly a beautiful big jet from continent to continent, live in the best of hotels all expenses paid, see the world on Company account. 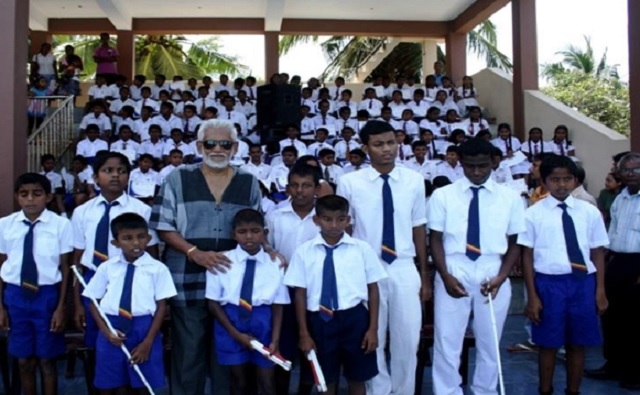 The icing was always the home lifestyle. As good as it can be and better than most. Gave my wife and children a very decent comfortable life.

They ask me how I made it to the top of my profession? They often ask me how I became a pilot? They ask me what university I attended and what degrees I read? There is humour when I think of the answers. Kind of makes me laugh.

I went to school for twelve years. This cost my parents a fabulous sum of the equivalent of four Singapore dollars. I dropped out of school at seventeen to go to work.

My first job paid me less than one dollar a month. I made fan blades in the year 1965.

I never had any ambition, couldn’t afford that. Definitely had no thoughts to fly aeroplanes. I don’t think it ever crossed my mind. I had no great aspirations other than to earn some money for the family and live a reasonably normal life. Many of you who lived in that era would know what I am talking about. Ours was not a life where we came out of school to get into an electric lift and press a button to reach the top floor.

I became a flight steward. Then I became a pilot and then a captain and started flying big jets across continents. That happens to be my lifetime career.

Yes, there was a lot of hard work involved, but hard work is not everything. I know a lot of people who toiled till their backs bent through a lifetime and went to meet the maker, having almost nothing to show for their labour, and perhaps wondering what the equation of life was all about.

Fate has a cruel way of making a mockery of our plans and a piss-poor joke out of our most mundane wishes. We think we know the answers. We think we control the roll of the dice. We pretend we are the masters of our future. We seldom realise how stupid we are to think so.

Most nights I used to sit in my flight-deck and stare at the stars. It’s difficult to describe. The quietness of the dimly lit cock-pit, the comforting whispers of the big jet engines and the serenity of the stars splashed across my windshield.

I look at these stars and think of their billion numbers in the Milky Way. That’s just one galaxy, there’s about 125 billion galaxies according to Hubble, in the observable universe. It’s infinity, billions into billions and a lot more beyond. The constant and consistent miracle of the celestial sphere. Perfect precision. And, I in my little cramped seat with my speck of a brain and my jumbo-jet ego imagine I know the answers. That is stupidity personified.

Yes, it’s all done upstairs. What happens to us has very little to do with us and our plans. It’s destiny that flings the dice, and as she flings she makes Kings into Peasants, and Peasants to Kings and once in a while Peasants to Airline Captains.

I founded and run CandleAid Lanka with my wife Dil and a huge number of volunteers spread all over the world. www.candleaid.org – we are just making our best attempt to payback for our blessings.