The question is whether USA can afford this withdrawal mindset. 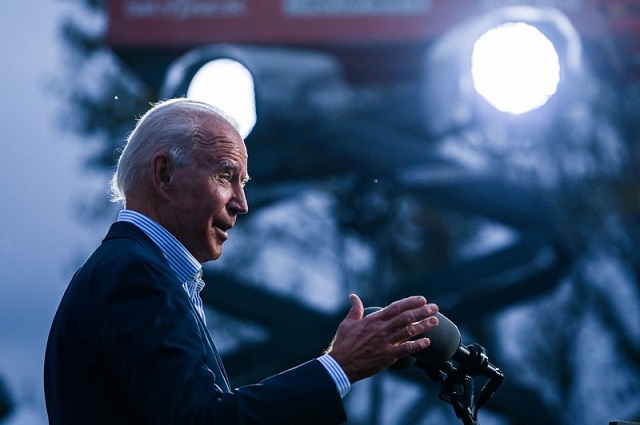 Even if Joe Biden thought that the twenty year war   in Afghanistan and trillions of US dollars that USA has spent in Afghanistan was leading to  nowhere,  a more pragmatic and determined leader  would have found some  alternative and dignified ways of withdrawal. When Joe Biden decided to withdraw troops from Afghanistan, other NATO countries too withdrew their forces , obviously highlighting the fact that NATO countries can only play second fiddle to USA.

Atleast some people think that Joe Biden’s age and health conditions must have made him take such  decision , even when knowing fully well about the consequence of such decision such as  steep decline in the image of USA as super power and loss of faith of the allied countries in the capability and willingness of USA to support them in the  event of any security issues that they may face.

Normally, when an individual  reaches the age of late seventies, the person  mostly tends to develop a philosophical  and reconciliation attitude to the events of life and in the world  and give up the will to fight in letter and spirit. Does this condition apply to the present mind set of Joe Biden whose age is now around  78  ?   When he wept in front of media  when  around 19 American troops lost their lives in Kabul airport, many people thought that age could have overtaken Joe Biden.

Some people also think that it  could be a calculated risk for any country to have a person as  leader of the government, who is nearing  the age of 80 years.

USA is now going through an extremely difficult situation with unending COVID crisis, frequent shooting incidents  in public places, obviously indicating some sort of severe social unrest and of course the defeat in Afghanistan. The victorious Taliban forces are doing everything possible to humiliate USA  and now by parading the arsenal  which USA has left back in Afghanistan while what appears to be a scene of US government   virtually running away from the war in Afghanistan.

Joe Biden now faces a formidable task in restoring the confidence of US citizens in his capability to lead the country and in convincingly assuring his allies that USA would stand by them  in the event of any adverse scenario faced by them. The challenge facing Joe Biden has become particularly formidable,  as China and some Islamic countries under the control of extremists and terrorists appear to be joining together with the sole intention of belittling  and weakening the US government and the NATO countries.

While taking decision to withdraw from Afghanistan, the mindset of Joe Biden must have been to withdraw  USA from the world military situation , which is well proven by the fact that US administration has now declared that US troops would not be sent to other countries to wage war  in future.

The question is whether USA can afford this withdrawal mindset.

Even if  Joe Biden would decide to focus his attention only on internal matters of USA and in protecting the economic interests of USA around the world , the ground reality is that China and other extremist Islamic countries would not leave USA alone.

The main objective of extremist Islamic countries  is to swear by Jihad and convert the world into one muslim world, however unrealistic it could be. China has the unconcealed greed of becoming a sole super power in the world.  For both the extremist Islamic countries and China , to achieve their objectives, USA has to be necessarily diminished in all possible ways by all possible methods.

The real  and justifiable anxiety of those who value the concept and methods of democracy and free society is that whether the present US President Joe Biden has the strength of mind and attitude to fight against the adversaries , in spite of his ageing flesh and perhaps ageing mindset.

In the interest of USA, Joe Biden has to become much younger in his mindset, attitude and approach to the issues, instead of  having an attitude of reconciliation that the aged people mostly have.