Ladakh is no doubt a very charismatic rather enchanting valley legally or illegally under the administration of India. It is bordered by Tibet to the east and Indian Occupied Jammu and Kashmir to the west. Pakistan’s area of Gilgit-Baltistan is also in Ladhakh’s western neighbourhood.

27 October 1947 would always be remembered as one of the darkest days of human history. It was the day when Indian occupation forces landed in Srinagar to ‘occupy, subjugate, oppress, and terrorize’ the innocent people of the Indian Occupied Kashmir. Now even decades have passed away, the same story of brutality and injustice is still the fate of the helpless Kashmiris. The Indian government is misguided by the notion that it would succeed in keeping the Kashmiri people chained and suppressed because they don’t have anyone around to help and support them and save them from the cruel clutches of India but one-day things are going to be changed in favour of the people of Kashmir. Since 27 October 1947, there has not been even a single day when the people of Kashmir have even thought of giving up their struggle for liberty.

Certainly, they need and expect some support from the world around and certainly, they are waiting too for it. Earlier it was only Pakistan there to provide them moral support but now it seems that China would also come to the front and provide support to the people of Indian Occupied Kashmir just to counter Indian negative influence in the Valley. The Indian Occupied Kashmir is strategically very important for China as this Valley provides India easy access and a direct approach to the Ladakh which has been a bone of contention between China and India for the last many decades. Both countries have had many rounds of table talks to resolve the issue but no effort has yet been successful. Recently in the first week of October, the two countries once again tried to reach some conclusion through negotiations but this attempt also went futile. 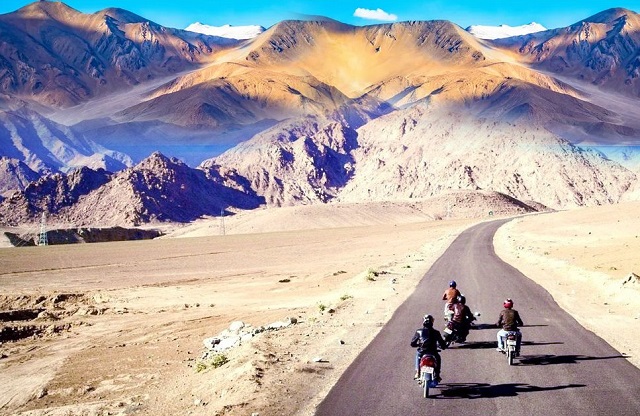 Aljazeera said in a report published on 11th Oct 2021, “Talks between Indian and Chinese army commanders to disengage troops from key friction areas along their border have ended in a stalemate and failed to ease a 17-month standoff that has sometimes led to deadly clashes, the two sides say. The continuing standoff means the two nations will keep troops in the forward areas of Ladakh for a second consecutive winter in dangerously freezing temperatures.” China has held India responsible for the failure of negotiations. A Chinese military spokesperson said talking to the media-men, “The Indian side sticks to unreasonable and unrealistic demands, adding difficulties to the negotiations”. It seems that with the growing cold weather, the situation along the India-China border in Ladakh Valley would get bitterer and harsher.

Ladakh is no doubt a very charismatic rather enchanting valley legally or illegally under the administration of India. It is bordered by Tibet to the east and Indian Occupied Jammu and Kashmir to the west. Pakistan’s area of Gilgit-Baltistan is also in Ladhakh’s western neighbourhood. To the south of the valley, there is the Indian state of Himachal Pradesh. The southwest corner of the Chinese province Xinjiang also touches the Ladakh valley. This area had ever been a bone of contention between India and China. The eastern end, consisting of the uninhabited Aksai Chin plains has been under Chinese control since 1962 but the Indian Government claims it as a part of Ladakh.  As far as the ground realities are concerned, Aksai Chin is a part of China’s Xinjiang province and Tibet and it constitutes the eastern portion of the Kashmir region. This geographical position of Aksai Chin has been the actual root cause of disputes between India and China since the late 1950s.

It is also a point to be noted that during 1950s, China started construction of a 1,200 km long road for connecting Xinjiang and western Tibet. Of this total length, 179 km ran south of the Johnson Line through the Aksai Chin region. This road made Aksai Chin more easily accessible to the Chinese. At the same time, the area became more difficult to reach for the Indians. It was really a hard luck for the Indians that they could not even know about the existence of this road till the road was shown in Chinese maps published in 1958. This road proved a slap on the face of Indian strategic planners who had ever been saying that the Aksai Chin was part of the Ladakh region of India for centuries and that this northern border,  as stated by Prime Minister Nehru, was a “firm and definite one which was not open to discussion with anybody.”

As far as the climatic condition of Ladakh is concerned, for most of the year, Ladakh is always freezing because of its high altitude. In summers, the temperature during the day is just above zero degrees and the night temperature is much below -30°C. These weather conditions have made this area almost unapproachable. But such difficult weather never lessens the importance and value of this area for both China and India. Just to make Ladakh approachable and just to save it from the Chinese ingress and make her presence in the Ladakh area possible India started digging a tunnel in 2018 from the Illegally Occupied Kashmir to Ladakh. A report published in The Diplomat says, “6.5-kilometre tunnel, the first of four, is already complete and will make the resort town of Sonamarg accessible during the winter months for the first time. Sonamarg marks the end of conifer-clad mountains before Ladakh begins across the rocky Zojila mountain pass. The $932 million project’s last tunnel, about 14 kilometres long, will bypass the challenging Zojila pass and connect Sonamarg with Ladakh. Officials say that the Zojila tunnel will be India’s longest and highest tunnel at 3,485 meters and Asia’s longest bi-direction tunnel.” Military hi-ups in India say that the tunnel project must have been started and completed years back because it is the only way to provide logistics flexibility to the military and give it operational and strategic mobility.

Experts on strategic affairs are of the opinion that it is too late for India to work on the ‘tunnel’ like projects. Brahma Chellaney, an analyst on the India-China relationship at the Center for Policy Research in New Delhi said, “What India is belatedly seeking to do is to improve its defenses by upgrading its logistics but China is already in a position to rapidly move additional forces to the border to potentially strike at India at a time of its choosing by building new railroads, airports and highways in Tibet.” Rajeswari Rajagopalan, an expert on India-China relations at Observer Research Foundation in New Delhi also criticized India’s slow working on developing border areas and making them approachable. He said in a statement, “The Indian side has been very slow to develop the border areas. They believed if you improved the infrastructure; it would only allow the Chinese to walk into your territory. This was very foolish and naive.” Anyhow the situation along the Line of Actual Control (LAC) between China and India is getting tense and tense. Though at present China has expressed no prompt reaction against India’s Tunnel Project experts on the subject say that Chinese silence usually results in some very drastic action.