The economists, industry promoters as well as the government agencies argue that such acquisition of land are necessary for implementing projects of far reaching significance.

Several major and minor industrial and infrastructure projects and proposals for highway  road construction   have been stopped or indefinitely delayed in recent years due to protests and agitation by the local people and inevitably supported  by some  politicians with vested interest. Such projects that were stopped or suspended include oil/gas exploration, petroleum refinery, mining , which are all essential for India to forge ahead in industrial and economic growth. 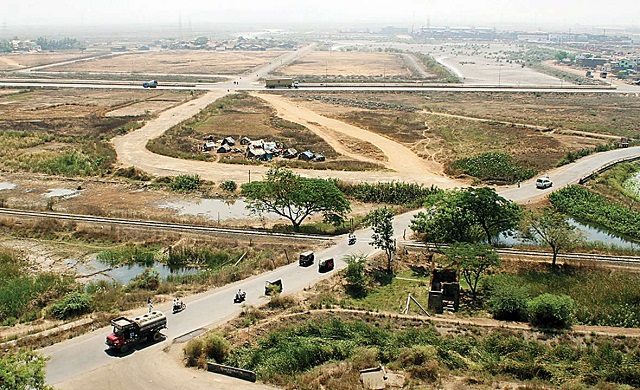 Several  farmers  and tribal people who have protested against such projects complain that they would be evicted from the area where  they have been living for several decades  and their source of livelihood could be severely disrupted if their land  would be acquired  and they would be  deprived of their ownership.   While the government  or private bodies who seek to acquire land  pay compensation for the land acquired , the affected people lament that such compensation amount are not substitute for  the permanent and long term source of livelihood that they have enjoyed in the past. The rupee compensation paid cannot relieve their problem in the long run , particularly in the present conditions of rising cost of living .

At the outset, it has to be pointed out that in most cases,   there is  good justification for the protest by the farmers, tribal people and the local residents against land acquisition for projects.

The economists, industry promoters as well as the government agencies argue that such acquisition of land are necessary for implementing projects of far reaching significance.

Overall benefits that the country would achieve by implementing  projects, far outweigh the  sufferings and problems faced by a small group of people . There is need to take holistic view on such matters.  This appears to be an uncharitable view, that ignore  the plight of people , however , small in number they may be  , and most of them belong to lower middle income group.

In a crowded country like India , the land acquisition issues are likely to stay on for all time to come.

While implementation of infrastructure projects are necessary, government has to find an alternate method to implement them without acquiring agricultural land , since forcible acquisition of agricultural land can be costly from the point of view of larger social interest and human welfare.

The government has to identify land all over India , which  are barren land or dry areas to  implement such projects.

There are many industrial projects in operation in India , where substantial area of land remains unutilized for several years with no immediate plans for utilizing them. Many project promoters are known to acquire more land than what they require for immediate or long term use , keeping the surging  real estate  value in mind.

Further, there are many hopelessly sick industries  which have not been in operation for many years and they  have huge area of land that can be put to use.

What is required is that government should identify such  barren and waste land as well as surplus and unused land  available with industrial houses, educational institutions   and sick industries.

A careful study would indicate that there are thousands of acres of unused land  in India where industrial and infrastructure projects can be set up, avoiding the acquisition of agricultural land and disturbing the local residents.

This is possible to do so,  if earnest efforts would be put forward.

In Tamil Nadu,  several projects have been stopped due to land acquisition issues.

It is now reported that more than 3000 acres of agricultural land is proposed to be acquired for setting up industrial estate in Coimbatore district  in Tamil Nadu. This has evoked protest from the local farmers. This issue is avoidable, as it indicates a mindless move to acquire agricultural land for building an industrial estate, without taking reasonable efforts to identify the appropriate location , where no agricultural operations are carried out.

Of course,  there are some projects which have to be located only in a particular area  which may be agricultural land but nevertheless this is the only area suitable for such  project.

For example, Government of India permitted gas exploration project in delta region in Tamil Nadu , where thousands of acres of agricultural farms are there.  Crude oil deposits are estimated to be available in this region  even as it is not available in many other regions.

In such circumstances, the government has to make earnest efforts to convince the local farmers and residents about the importance of the project from the national perspective  and provide them life long compensation instead of lump sum amount in one stroke. Government may consider providing equity share in the proposed companies to the local residents ,which would enable them to share the long term prosperity of the company. Even this would not be enough. The government should go further and provide regular life long pension for the families of the owners of the land at the time of acquiring land.

What is required is a pragmatic approach by the government and the project promoters with regard to land acquisition  issue .  When the protests are made by the local residents, it should not be merely treated as law and order problem. The cause of protest is genuine  in most cases.

Such approach would be a case of government giving up the economic cause for the sake of social cause. This is appropriate in a welfare society that India is.