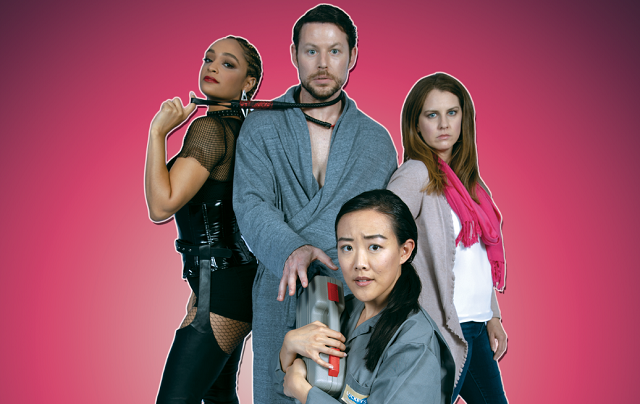 According to UCLA’s Hollywood Diversity Report 2020, only 14.4% of directors of theatrical films represent people of color. Alarmingly, only 3.4% were directors of Asian origin in 2019.

Free By Noon movie has a truly diverse cast and a crew. Not one or two but seven different languages were spoken on the set.

Free By Noon is about a married man who tries to have some “extra” fun in Las Vegas, where he gets locked up in a very unusual situation. He has to get himself out of this quirky situation to save his marriage before his wife gets home.

“I felt like this was a unique Hollywood film and a really good human drama done with a small plot,” Mr. Aruna Gunarathna- Editor of Sarasaviya newspaper, a trade magazine equivalent of Hollywood Reporter/ Variety in Sri Lanka.

The film was shot on an Arri Alexa camera with a single Anamorphic lens.

Once the film is screened at the Glendale Laemmle theater from Oct 15th -21st, filmmakers plan to take it over to New York, Texas, Atlanta and screen it in Sri Lanka as well.