The Malaysian government should realise that if one part is afflicted with a serious ailment, the whole body would wither away unless it is immediately cured

There is hardly any country in the world that does not have an Indian element in its population. It could be rightly said that the sun never sets on the Indian diaspora. Among them, Tamils form a substantial number: 8 million. They constitute an overwhelming majority of the Indian population in Sri Lanka, Malaysia and Singapore; they are in good numbers in Myanmar, Mauritius, South Africa, Seychelles, Reunion Islands, Fiji, Trinidad and Tobago, Guyana, Suriname, Australia, New Zealand, Gulf countries, the US and Canada, England, and European countries. 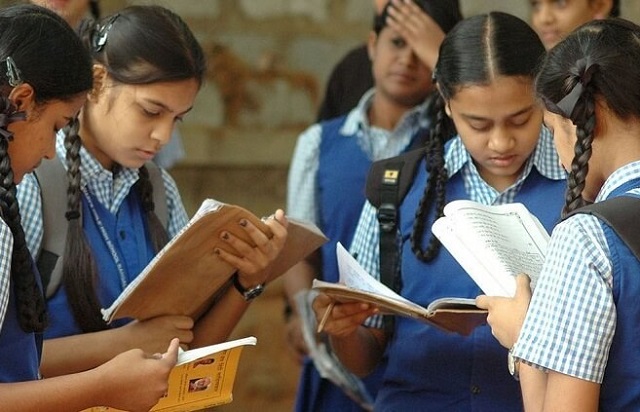 The Tamils try to retain their traditions while at the same time adjusting to the life of the host countries. Cultural persistence and adaptation to new surroundings are twin facets of these dynamic groups.

The achievements of the Tamils are commendable. In every sphere of life, they have excelled, bringing fame to themselves, their country of adoption, Tamil Nadu and India. A few names come to mind—Dr S Chandrasekhar, Monty Naicker, S R Nathan, Kamala Harris, Muthiah Muralitharan, Indra Nooyi and Sundar Pichai. As Prime Minister Vajpayee pointed out, “Few people who have entered foreign lands can claim such testimony.”

It would be simplistic to assume that the hopes they entertain and the problems they face are similar. It is closely intertwined with the nature of their migration, their numerical numbers, their educational status and above all, the majority-minority syndrome in the host countries.

August 31 is Merdeka day (independence day) in Malaysia. During recent years, the country has undergone a transformation. From an agricultural country, it has transformed itself into a manufacturing hub. The social and economic status of the indigenous people, Malays, have risen high due to affirmative action. The economically powerful and culturally exclusive Chinese retain their identity and self-respect due to self-help measures. But the same cannot be said of the Indian Tamil community. While the educated middle class—Indian Tamils, Sri Lankan Tamils, Malayalis, Punjabis and Gujaratis—excel in their chosen fields of medicine, engineering, business and teaching, the conditions of the Indian Tamil proletariat are deplorable. It is drifting from bad to worse. The Malay share of corporate capital has gone up to 19.2%, Chinese 46.8% and the Indians only 1.5%, the balance being owned by foreigners. On the 64th anniversary of the independence day, when a stock-taking generally takes place, the Malaysian government should realise that if one part of the body is afflicted with a serious ailment, the whole body would wither away unless it is immediately cured.

The large-scale migration of Tamil workers took place during colonial rule. Since the indigenous people would not do the hard work of clearing the forests, the colonialists turned to Madras Presidency for cheap labor. The Tamils were considered to be docile, hard-working, cheap and not troublesome. Their movement to Malaya and other parts of the British Empire was a saga of suffering.

Initially, the workers were birds of passage, but gradually they became permanent settlers. The British policy led to the transplantation of a Tamil Nadu village to Malaya. In his book, The Return, the well-known Malaysian Indian writer K S Maniam has mentioned: During festivals, they will decorate their houses with mango leaves; during Thaipusam, they will pray in the Murugan temple; they will paint the bull horns on Thai Pongal. When they go out on visits they will not say “I am going”, but “I am coming”.

The life of the plantation workers had a rhythm; they were like creepers around a tree, depending on the management from birth to death. With the disintegration of the plantations and their conversion into hotels, multi-storeyed buildings and golf courses, the workers were uprooted and had to migrate to urban areas. They became urban squatters. There was hardly any upward mobility among them because they never studied beyond the primary level, where the medium was Tamil. More tragic, they became lumpenised and criminalised.

Aliran, the well-known Malaysian journal, provided statistical details that make for alarming reading. About 40% of serious crimes in Malaysia are committed by Indians; there are 38 Indian-based gangs with 1,800 active members. During the last few years, there has been a 100% increase in the number of Indian gangsters; Indians recorded the highest number of those detained under Emergency Regulations and banished to the Simpang Renggam prison. In the field of social woes, it is the same story. In Kuala Lumpur, 14% of the squatters are Indians. They have the highest suicide rates; 41% of the vagrants and beggars are Indians; 20% of the child abusers are Indians, as are 14% of the juvenile delinquents.

The worst tragedy of the community is the fact that their political leadership has not been able to protect their interests. The history of the Malaysian Indian Congress from 1946 to the present is a story of infighting among leaders. Starting with Thivy and Devaser, Devaser and Sambanthan, Sambanthan and Manickavasagam, Manickavasagam and Subrahmanyam, it makes for tragic reading. Dr Mahathir, who was Prime Minister of Malaysia for the longest spell, is of Indian (Malayali) origin, but it was during his stewardship that the Tamil community suffered the most.

The only silver lining on the horizon was the unprecedented rise of the Hindu Rights Action Force (Hindraf) to protest against the desecration of Hindu temples. It was able to demonstrate Makkal Shakti, adopted Gandhian forms of struggle, brought Kuala Lumpur to a standstill and inflicted reverses on the Barisan Nasional at federal and state levels in the 2008 elections. Sections of the Hindraf are now extending support to the government, but according to perceptive observers, it has not been able to do much for the upliftment of the community.

The living conditions of the Indian Tamil proletariat should be a matter of serious concern to the government and people of Tamil Nadu. In the famous film Parasakthi, the script of which was written by N Karunanidhi, Gunasekharan, the hero, acted by Sivaji Ganesan, asks the question: “Why are the waters of Bay of Bengal saltish? It is because of the tears of overseas Tamils”.

There are limitations to what Tamil Nadu can do to influence Malaysia’s domestic politics, but we still can play a benign role, especially in the field of education and provision of technical skills. As a first step, the Department for the Welfare of Non-Resident Tamils should prepare an in-depth study and submit positive recommendations.