No one actually makes the journey, but everyone wants to cross over in scarcely seaworthy inflatable dinghy, unless they are desperate.

The issue of people looking outside their borders, somewhere to live, somewhere they think they can earn, somewhere they are safe, or even feeling they have little to lose, is in the minds of migrants wanting to take the risk with their lives. 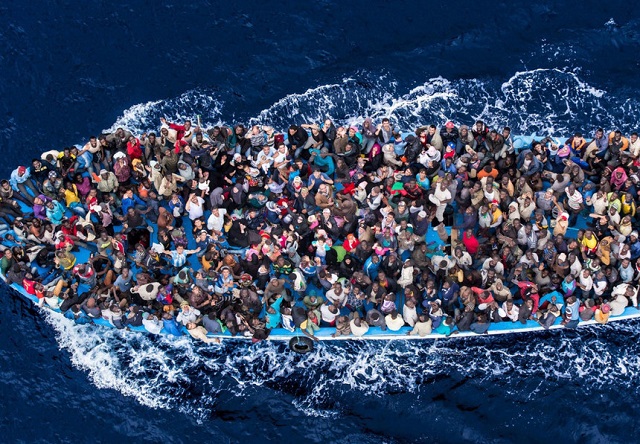 Of course, fewer people, mainly refugees, have safely swum the English Channel than have climbed Mount Everest is well known. The Straits of Dover – 21 miles across at its narrowest from Calais, in France – hosts the world’s busiest shipping lane. The waters are rough and in November, absolutely freezing.

No one actually makes the journey, but everyone wants to cross over in scarcely seaworthy inflatable dinghy, unless they are desperate.

More than 25,700 people have made the crossing this year alone according to reliable data by the Press Association.

Where do they come from?

You would be surprised those who attempt the crossing are known to come from a host of countries ranging from Iran, Iraq, Syria, Palestine, Yemen, Libya, Afghanistan, Tajikistan (Central Asia), Somalia, Eritrea, Ethiopia, Sudan, South Sudan, as far away as Guinea, Mali, Chad, Niger, and from affluent nations like Kuwait, Turkey and Albania. Many from a litany of more or less failed economies, others from relatively safe countries.

We are told by UNHCR that the reasons vary, some are leaving war torn nations, other deserting forced military service, while still others are feeling persecution for their gender, sexuality, beliefs among other reasons. No one mentions out loud that some leave their countries, with their children, in search of adventure of a new life in affluence.

What has Britain got which entices these migrants?

Migrants see Britain as “El Dorado”. Calais MP Pierre-Henri Dumont said the UK has provided a “magnetic attraction.” People in Britain have a general feeling of accepting the underdog, the forlorn, the unwanted of society, because many in UK have come in search of refuge.

He further said: “We can put as many police officers on our French shores. We will not stop these crossings because we have 200 to 300 km of shore to monitor” he told BBC Radio 5 Live. He said: “Make it harder to come to UK, make it harder to find a job when you are illegal, harder to find a house when you are illegal. Stop all the magnetic attraction for these migrants to come to the UK”.

“It is time for both our governments to stop blaming each other and try to find real solutions,” he said.

Another French MP Bruno Bonnell told Sky News, and he slammed the People Smugglers who persuade people to risk their lives crossing the Channel. For a few thousand Euros they promise them “El Dorado in England”. He was referring to the mythical South American City of Gold. He said 1500 smugglers had already been arrested this year and 60 percent of Channel Crossings were intercepted. “It is not enough, fair enough. We need to create the conditions so the migrants stop being obsessed by crossing the UK border,” he said.

My experience when I came to the UK, not as a refugee?

I came to the UK as a Commonwealth citizen over 55 years ago for studies, it was no “El Dorado” in London. It was hard grind. The first flat that I wanted to rent, the Landlady ask me whether I plan to cook curries, whether I was a Buddhist, whether I was intending to get married and bring my future wife? Prejudice was rife, I was the only person of colour in the office where I worked. I can go on and on.  I went on to become the Chair of our Refugee organisation and tried my best to sort out homes for our homeless, and somehow lobbied our MP’s for social housing and got ourselves registered as a Housing Association – a social landlord with over 50 houses for the needy.

Fifty five odd years on, things are so different. I am able to say that I can cope, in fact “work with prejudice”.

Many of my readers will also note the Brits after Brexit wanted to take control of their borders, control of their currency, and control of their laws. It is ALL ON!  Corona virus has put a lid on parts of that. People Smugglers are well aware of that but these smugglers do not know that they are all on “Candid Camera”. They are all been watched while simultaneously nearly everything is consumed by fear of the pandemic, which will also in due time consume the migrants?

Migrants can neither expect the free medical treatment that they seem to expect, nor the safe refuge they may they be entitled to, under the UN Refugee Convention.  Migrants will soon know that they may be deported to a far off lonely island to have their cases processed. The Border Patrol is we are told also going “bonkers”. It is only a matter of time that this people smuggling business will be brought under some semblance of control. Besides, both people smugglers and would be migrants will sooner than later come to know and fear the new South African COVID-19 virus strain of the B1.1.529 which is cascading all over Europe.

How do Migrant Channel crossing compare around the world?

Migrants are on the move worldwide for a variety of reasons. We see them in United States, Australia as well in numbers. Nations are sooner than later expecting the United Nations to update the Refugee and Asylum claims law. In other words, we can also see more funds allocated to resolve migrant issues nearer their homes.  This is not necessarily following the tragic deaths of 27 Iraqi and Syrian migrants including children in a dinghy in the English Channel on 24 November 2021. Next to Climate Change, Migration is perhaps, on UN Agenda.

Where are the migrants from neighbouring countries located now?

Do you know that Turkey currently hosts some 3.6 million Syrian refugees and nearly 320,000 people seeking refugee from other nations.

Do you know Jordan has taken an unknown quantity of Palestinian refugees?

Columbia hosts 1.7 million refugees, Uganda 1.5 million, Pakistan 1.4 million and you would be surprised Germany has 1.4 million migrants within its borders.

Things must change to help migrants to be supported within their countries. A Special UN Agency for Migration Control is long overdue.