COLOMBO (News 1st); Sri Lanka Navy managed to take hold of about 2360kg of dried turmeric at the Vankalai beach in Mannar on 11th July 2021. A foot patrol conducted by the Navy in the beach area led to the recovery of the consignment which was suspected to have attempted to smuggle into the island.

A special foot patrol carried out by SLNS Pussadewa in North Central Naval Command in the dark hours on 11th July recovered this large consignment of dried turmeric which was suspected to have been brought to the Vankalai beach via sea.

The haul of dried turmeric was contained in 60 sacks weighing about 2360kg. It is also believed that the consignment might have been left behind on the beach, failing to take them away due to naval patrols being conducted in the area.

The operation was conducted adhering to COVID-19 protocols in place for the prevention of the pandemic situation and the stock of dried turmeric held is kept in naval custody until it is produced for onward legal action. 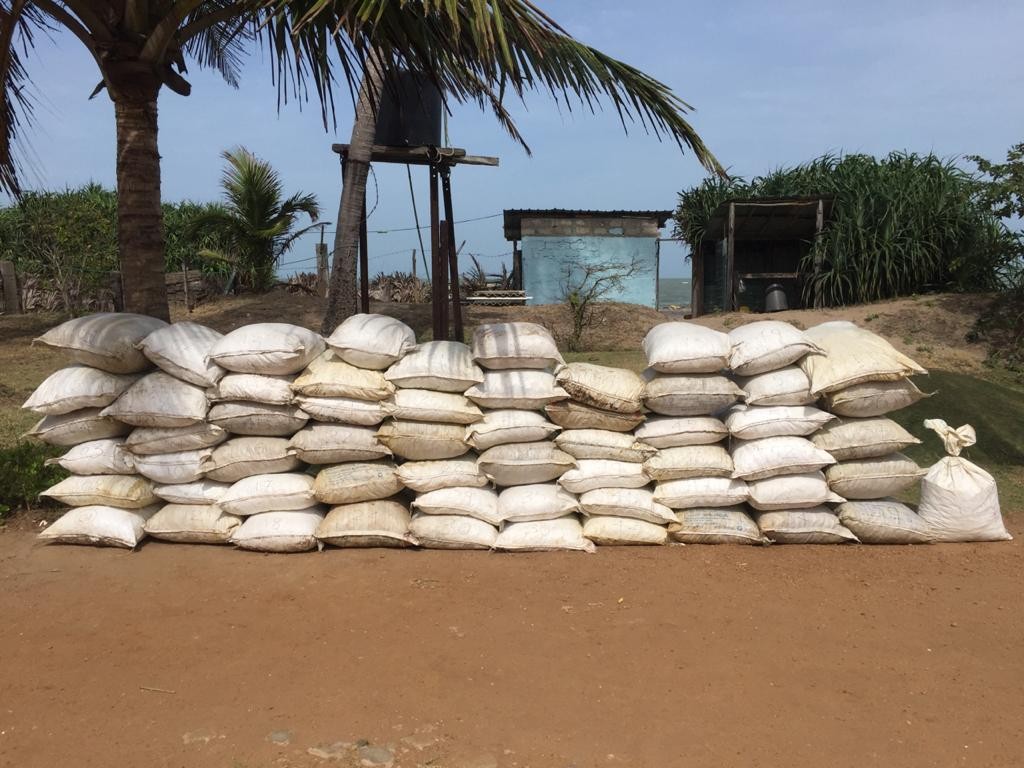