‘Nehru’s critics, BJP or socialist, are adopting the basic principles of his socialist policies and foreign policy, despite enumerating his shortcomings and mistakes’.

In current politics, questions are again being raised on how much India gained and what has been lost from the dreams of Jawaharlal Nehru. Do Nehru’s national and international policies still have significance? What would have been better if Sardar Vallabhbhai Patel or Mohammad Ali Jinnah had become the Prime Minister, not Nehru? Not only Indians, but most Pakistanis will also be surprised and put a question mark on the wisdom of those who call Jinnah as an alternative. Still, many favorable possibilities can be imagined in the name of Sardar Patel. Now the debate on the policies, political directions, legacy, achievements, or mistakes made by Nehru can continue. The most interesting fact is that not only after independence, even before independence, Nehru disagreed with Mahatma Gandhi’s views and methods on many issues and kept expressing them. Yes, while disagreeing, he surrendered to Gandhi and Gandhi also took him forward. But after independence, Nehru did not choose the path of Gandhi. Would Jinnah have followed Gandhi’s path then? It has to be accepted that due to ideological differences and with the presence of leaders like Sardar Patel in such circumstances, the democratic roots were strengthened. 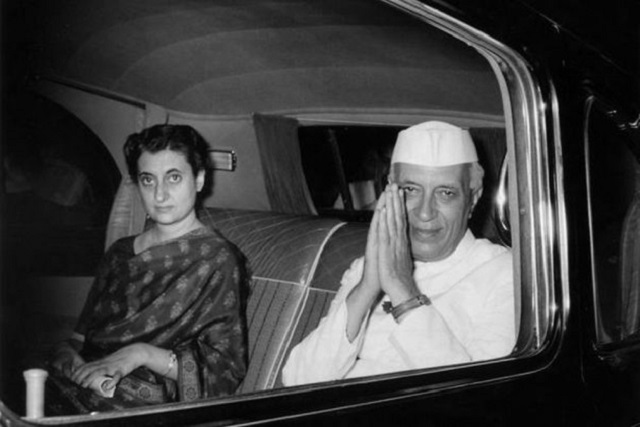 Nehru’s critics, BJP or socialist, are adopting the basic principles of his socialist policies and foreign policy, despite enumerating all the shortcomings and mistakes of Nehru. Atal Bihari Vajpayee and Narendra Modi, as prime ministers, have continuously tried to give top priority to the poor sections of the society and have tried to maintain balanced relationships with America, Russia, Europe, Africa, West and South Asia. If ever Nehru improved relations by emphasising the slogan of “Hindi Chini Bhai Bhai”, then Prime Minister Narendra Modi also tried to improve relations with Chinese President Xi Jinping on a swinging sofa on the banks of Sabarmati. China cheated again, but this time could not muster the courage to attack India. The same non-aligned policy is proving beneficial to a great extent in isolating China and Pakistan from the world, in which India does not join the camp of America and Russia and is taking all possible cooperation from them. There is no doubt that after independence, Nehru kept the Congress alive with his political tact and allowed different ideologies to flourish. Otherwise, Gandhi used to talk about the dissolution of Congress after independence. On the other hand, there is also the fact that the advisor Pandit Dwarka Prasad Mishra, a contemporary of Nehru and proponent of making Indira Gandhi the Prime Minister, wrote in the second volume of his biography ‘Living an Era’ ‘The Nehru Epoch: From Democracy to Monocracy’ that “Nehru turned India’s democracy into autocracy and Indira Gandhi fully followed.” From this point of view, today on what basis can Rahul Gandhi accuse Narendra Modi of autocracy? After all, the country needs a strong leadership.

Similarly, Congress leaders probably do not notice that it was Nehru who supported the proposal of industrial policy of India presented by Dr Shyama Prasad Mukherjee in the Constituent Assembly by giving a long speech on 7 April 1948. Then Dr Mukherjee was the Minister of Industry and Logistics of the country. Yes, it has to be recognised that over time, those policies have been changing and will continue to happen. How many economic policies of Mahatma Gandhi have been implemented or can be adopted in the present era? With large-scale industrialisation, efforts are being made to give maximum encouragement to Khadi Village Industries and small-scale industries. Nehru had clearly said in the meeting of the Khadi Village Industries Board on 2 February 1953: “The people associated with this institution have to keep pace with the rapidly changing world. They should not become orthodox. They have to think that new technology and scientific methods have to be adopted. The government can help them by telling them how to use the new methods, but they should not depend on government.”

These days a lot of voices are also being raised about the freedom of the media. In this context, it would be appropriate to remind a bit about the limitations of the press, said by Nehru in the editors’ conference on 17 September 1952. He said, “I consider it dangerous to suppress the expression of thought, but there are many examples in which freedom of thought and expression is being misused, due to which the culture is also deeply affected. This kind of attitude must be stopped somehow. There has to be some discipline. Indiscipline leads to anarchy, which cannot be tolerated. Newspapers print bad things in a big way, which creates excitement. Sometimes it is possible to talk about the negatives of someone, but when life goes on only talking negative of others, it becomes too much.” Therefore, while reviewing the Nehru era, all aspects have to be thought of in some balanced way.