With the return of Sher Bahadur Deuba and the Opposition alliance, India has been dealt a tricky hand; thanks to the Supreme Court’s independence

Never before has the Supreme Court revived a dissolved House twice in five months as on July 12 in Nepal. This is a record smacking of infirmities in the 2015 Constitution but also independence of judiciary. The 167-page judgment was not just along expected lines, but went beyond expectations of the petitioners. The verdict overturned the decision of President Bidya Devi Bhandari to dissolve the House on recommendations of Prime Minister KP Oli, ordered the resurrection of the House at 5 PM July 18 and passed a rare mandamus to the President to appoint under Article 76 (5) Sher Bahadur Deuba of the Nepali Congress as the new Prime Minister (a record fifth time) by July 14. Further, it declared that a party whip does not apply when lawmakers take part in voting to elect Prime Minister under 76 (5). 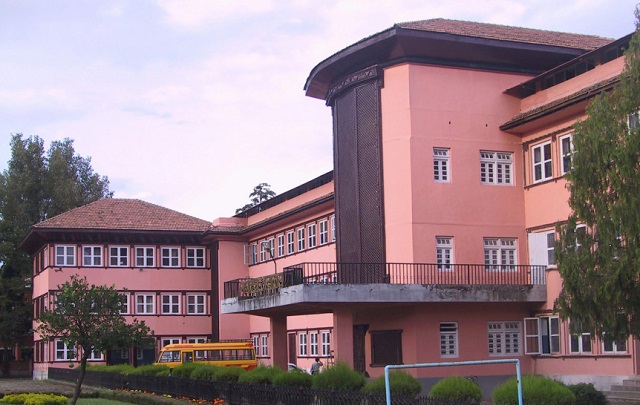 Fearing the criticality of 23 UML lawmakers from MK Nepal faction who signed on to the Opposition alliance tilting the balance, Oli was on the cusp of a deal with the dissident group. Thirty petitions were entertained by the Supreme Court and one from Opposition alliance seeking restoration of Parliament and appointment of Deuba as PM. The court ordering appointment of PM was unusual.

The first dissolution on December 20, 2020, was overturned on February 23. Then, as now, four former Chief Justices of Nepal had predicted the House will be restored. Oli has managed to remain Prime Minister by Bhandari favourably interpreting provisions under Articles 76 (1, 2, 3, and 5). Acting on recommendations of Oli and his Cabinet, she dissolved the House a second time on May 22 and announced snap polls for November 12 and 19. Oli failed to secure a vote of confidence, especially after Maoist Centre withdrew its support to the Centre on May 4. Oli should have resigned on moral grounds after failing to prove majority — 93-124 — under 100(6) on May 10.

Public confidence in the Constitution and political system has eroded and national surveys blame political leaders for it. Nepal has had seven Constitutions. Apparently the 2015 Constitution has loopholes that need to be fixed. It has space between which a PM and obliging President are able to manipulate provisions of Article 76. Oli was sworn in as caretaker PM again on May 13 as leader of single largest party and was required to secure a confidence vote by June 12 but realising he would fail, he managed to sabotage the House after a midnight coup and get himself appointed as caretaker PM on May 22.

Many Nepalis have called Bhandari as Oli’s accomplice and argued that her discretionary powers are finite and justiciable as court has now decreed. No one is above the rule of law. It must also be noted that the same person in same term of House cannot be repeatedly appointed PM under Article 76 (3) and allied provisions. Other anomalies that arise are (a) requirement of signatures essential for claim to Government formation; (b) a PM who has lost confidence of the House is unfit to counsel President on House dissolution; (c) resignation of PM mandatory after losing floor test; (d) floor test essential before appointing Oli PM under Article 76 (3) on May 13. In February 2018, Oli with commendable foresight had said the Nepal’s Constitution is best in the world. Besides Oli, once kingmakers Janata Samajbadi Party (Mahanta Thakur-Rajendra Mahato group) are the best losers: Their 20 Ministers were sacked barely 15 days in office by the court. The Citizenship Act Ordinance that Madhesi parties have been seeking was also annulled by the apex court which said no constitutional amendment till the five-member task force has scrutinised the amendment.

Disenchantment with the political system has drawn Nepalese back towards monarchy. Surveys carried out in all seven provinces indicate that 51.7 per cent want Nepal to become a Hindu State and 40.3 per cent a secular Nepal. Mahesh Bhatt, CPN UML, a youth leader close to Oli, has been praying for return of monarchy. Oli too, lately, has been championing cause of Hindu Rashtra — sanctioning construction of a grand new Ram temple. Talking to journalists, even Prachanda admitted country’s image was better under monarchy. The King and Queen were down with COVID after the Kumbh mela. After Oli’s ascent to power as an ultranationalist and managing his Government’s longevity, he became the most powerful though not the smart leader of Nepal. Oli, the man credited with showing India its place after the blockade, opening up to China and cartographic recovery of territory from India, was quietly mending fences with New Delhi, even promising a Hindu raj after dumping the Chinese. He told the BBC recently that the misunderstanding (without specifying it) with India has been resolved.

With the return of Deuba and the Opposition alliance, India has been dealt a tricky hand thanks to the devout independence of judiciary, proven not once but twice. Deuba will have to prove his majority within a month in which support of the 23-strong Madhav Nepal faction will be crucial. Keeping his mixed flock of Nepali Congress — they want leadership change; Maoist Centre-Prachanda’s insatiable thirst for power; Janata Samajbadi Party (Upendra Yadav-Baburam Bhattarai faction); and CPN UML (Nepal faction) still finding its feet — together will not be easy.