Following excerpts adapted from The Sh*t, They Never Taught You published by What You Will Learn

You are among the wealthiest people in the entire world. The average world income is five thousand dollars. Are you higher than that? Then you’re in the top 50%.

The biggest lottery in history was a January 2016 Powerball, with a jackpot of a touch under $1.586 billion. Three tickets hit the right numbers. The Robinson family of Tennessee rolled up with their dog to pick up their novelty check. In their tattered clothes and scruffy hair, the lucky bastards walked out with $528 million. Their life had changed forever. They could be whoever they wanted to be and do whatever they wanted to do for the rest of their lives. 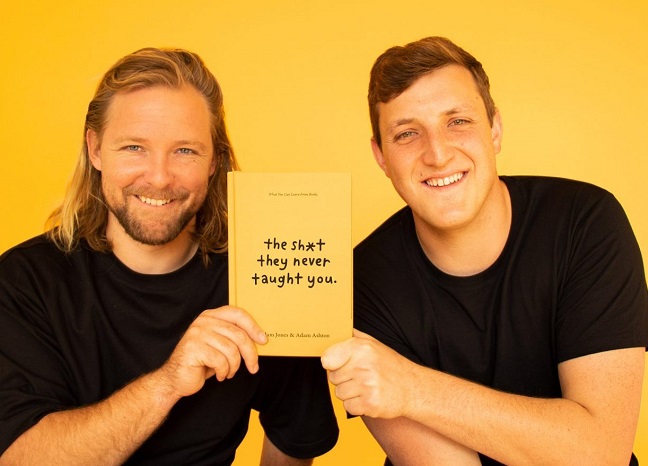 Imagine if you won that lottery.

Now imagine if you won the lottery 100 days in a row! Life would be a dream, and you could finally live happily ever after.

Well, you’ve already won the lottery. In fact, the amount of luck you’ve received to get to where you are now took the equivalent of winning the lottery a billion times over.

Don’t believe us? Let’s do the math.

The first lottery you won was that planet Earth can support life. The anthropic principle says there were so many variables throughout the entire history of the universe that had to be just right for us to get to where we are today. A 0.001% change in the proportion of gases a billion years ago and none of us would be here.

The second lottery you won was being born into a species that dominates the planet. You could be a poor antelope chewing grass on the savannah, not hearing the lion sneaking up behind you about to rip your leg off. You could be a lab rat, bred specifically to be tortured every day to learn more about the science of pain. You could be a dairy cow, getting artificially inseminated by cold machines to produce milk all year round. But luckily for you, you were born a human.

The third lottery you won was being born today. You could’ve been born centuries ago, in a time without medicine where a little cut could become infected and you’d die a few days later.

The fourth lottery you won was that your great-great-great-grandparents took a liking to each other and got a little frisky one night. If any of your thousands of ancestors didn’t happen to meet, or any of the millions of other sperm made it to the egg before yours did, you wouldn’t be here today.

The fifth lottery you won is that you’re still living. Out of the 108 billion humans that have ever lived, there are less than 8 billion alive today. If your heart’s still beating, that’s reason enough to be happy.

The sixth lottery you won was to be born into relative comfort. You might look up to the big dogs in your country and cry poor on your measly salary, but you’re ignoring the rest of the world. A billion people are living in poverty. The average worldwide wage is about $5,000. If you’re making $50,000 a year, you might only be in the top 50% of your country, but you’re in the top 0.5% of the world. You’re making more than 99.5% of the rest of the people on the planet.

This is just a taste to help you put things into perspective. Just to get to where you are, to be alive in the first place, the odds are so low we can’t even calculate it. Yet we still feel we don’t have enough.

Remember how lucky you are to be here. Remember the lottery.

Most people think the path to success looks like this:

Work Overtime -> Get Promoted -> Be Happy

The idea is that if we do all of the right things now, then at some magical point in the future we’ll be happy. If we trudge through the mud and the slime, if we get battered and bruised by the storm, then once the sun comes out the other side we’ll find our pot of gold at the end of the rainbow.

But this model is broken.

We find ourselves in a never-ending loop between step one and step two, never allowing ourselves to get to that all-important step three. We work overtime to get a promotion, but rather than being happy, we just go back to working overtime to get the next promotion. We learn new skills to get a good job, but rather than being happy, we go back to learning the next set of skills. We work hard, achieve our big success, then go straight back to work on the next project. We never get to happiness. Why stop at that college degree when you can keep studying and get a masters? Why stop at a Director when you could work a little harder and become a Vice President? Why stop at one investment property when you could keep working and keep saving to buy a second? We keep pushing happiness further and further away.

Thankfully, there is a simple solution. We just need to flip the equation around: Be Happy First. Here’s what your new path should look like:

Harvard Business Review reported that happy people are 31% more productive, make 37% more sales and are three times more creative than their non-happy colleagues. Maybe we’ve got it all wrong: perhaps it’s not success that leads to happiness, but our happiness that leads to success. Happier people are better at work and progress further in their careers. They’re better at home and better in their relationships. So we should all just be happy all the time.

If you’re looking for a problem to solve, you’re going to find a problem. Instead of always looking for what is wrong with our life, why don’t we focus on what is right for a change? Be happy first.

Each week is 168 hours long. We can divide our time into three buckets of roughly equal size. Let’s put a bucket toward sleep. Then let’s put one towards work. That means we’ve got a third bucket left over. We have 56 hours left in the week to do whatever we want.

You probably think you need more, but 56 hours a week should be plenty. Buckets one and two – sleeping and working – are precisely the things we need to give us the time/energy/money/structure to do whatever we want in bucket three. But most people waste it!

I (Ashto) went to Melbourne High School. It’s a select entry school where you have to sit an exam to get in, and you can only get in if you score in the top 2% of the state. Our school typically finishes second in the high school rankings, only losing out to our sister school (the all-girls school seems to trump our all-boys school every single year!). Students go on to study the top university courses and join the ‘top’ professions – medicine, dentistry, law, finance, engineering.

One of my mates went into management consulting. Every Monday morning he flies to a different city to visit a client, returns late on a Friday night, then spends all of Saturday writing up his reports and recommendations from the week. Another mate went into law and a high-powered legal firm. Most days he works from about 7 am to 9 pm, plus a couple of hours on the weekend to make up for anything he couldn’t get done during the week. Both of these blokes are living in small one-bedroom apartments in an inner-city high rise.

Where is their third bucket? They’re making about $120k a year, but have to work 80-hours a week without many breaks to get it. That works out to about $28 an hour. Plus, they’re both pretty miserable and hate their jobs. 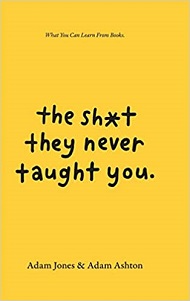 Compare this to my brother, Nigel. He also went to the same school, but took a very different approach to most: he became a primary school teacher. He loves it! He gets to impact the lives of kids at a crucial age. He moved to the bush because he disagreed with the messages the city schools were drilling into their susceptible children. After just two years in the workforce, he bought his first house because house prices in the country are less than half of what they would cost in the city and his cost of living was much lower. Every day he’s home by 4pm and he is done. His work doesn’t bleed into the evening, and it doesn’t bleed into the weekend. Primary schools in Australia have four terms of roughly 10-weeks each, so he gets around 12-weeks a year of holidays. When you factor in the salary, the hours of work, and the number of holidays, Nigel is making about $28 an hour too! And he loves what he gets to do every day. His third bucket is fuller than most, giving him the freedom to do whatever he wants all night and all weekend.

If happiness is the goal, you must identify the right path for you. Some people just look at the yearly salary their job provides them. But it’s important to look at the hourly wage too, factoring in the effect on the third bucket. If bucket two (work) is creeping into bucket three (everything else you want to do), then your happiness will suffer. If you’re working so hard that you don’t have the time or the energy you need to enjoy the third bucket, your priorities might need a realignment.

Click here to order your copy of this book