Ukraine is an economic black hole, with massive industrial pollution, titanic debts, unbridled thievery, and staggering corruption.  For Russia, Ukraine was its former industrial and agricultural heartland, and key component of the Russian state.

How many American soldiers will die in the battle for Luhansk?  Or Kerch?  Not 1 in 1,000 Americans could find these drab Ukrainian (formerly Russian) industrial cities on a map.

How many Americans are aware that a unit of the Florida National Guard is stationed in western Ukraine, of all places?  It’s just a training mission, says the Pentagon.  Right. Training how to pick oranges.  This from the ‘invincible’ US military (I used to be a member) that got its backside whipped in Vietnam, Iraq and now Afghanistan. 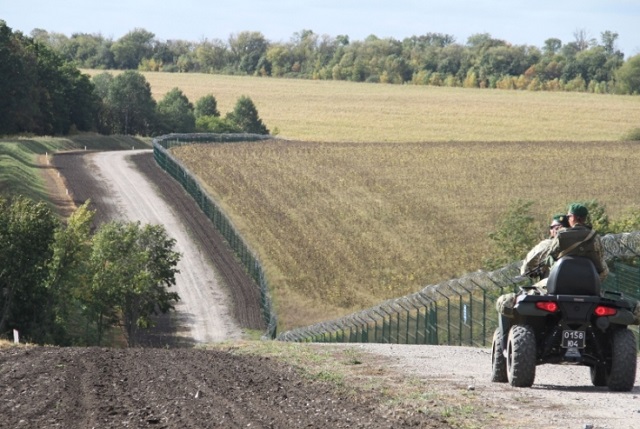 No matter. The US, says President Biden, is geared up for a major fight in this obscure coal-mining region of the former Soviet Union.  US Navy vessels and aircraft now challenge Russia’s Black Sea and Azov Sea borders.  NATO units probe Ukraine’s air and land borders.

Washington is warning Moscow not to react to US military intrusions.  And, above all, not to invade Ukraine – which was part of historic Russia and the Soviet Union until the USSR fell apart after a US-engineered coup in Kiev that created western-orientated Ukraine.  Today, Ukraine is governed by a former TV comic whose career was financed by shady oligarchs and western interests.

President Biden has all but threatened war against Russia if Vlad Putin makes good on threats to attack Ukraine.  Putin warns the US of his new arsenal of whizz-bang weapons, many of them nuclear.  This reminds me of an Italian diplomat’s brilliant quip about the regional conflict over a barren Eritrean border region: ‘two bald men fighting over a comb.”

For Russia, Ukraine was its former industrial and agricultural heartland, and key component of the Russian state.  Think of Ohio suddenly detached from America by pro-Trump rebels or the Red Fleet cruising the Great Lakes.

Moscow has no doubt at all that Washington’s strategic objective is to complete the amputation of Ukraine from Russia and then to go on tearing down what’s left of the current Russian Federation.  Russia’s remote Far East would be a key target.  No wonder Putin keeps making ever more dire warnings. He is the West’s target number one.

Yes, Moscow has moved about 80,000 troops to ‘NATO’s border.’  But this border is Russia’s own external border as well.  Moscow has every right to do so.

Putin is no angel (see his repression of the Chechen) but he is quite right when he says that the West back-stabbed Russia when it orally promised not to expand NATO east in exchange for Gorbachev’s agreeing to Germany’s reunification and its inclusion in NATO.

Today NATO has pushed into Moscow’s former backyard.  In NATO’s vanguard are Russia-hating Poland, the three Baltic states and Hungary – all of whom have ample reason to fear and mistrust Russia.  All would be happy to see the US go to war with Russia.  But the US has no strategic objectives and no logical war aims in southern Russia/Ukraine.  A bridge too far, as it proved for Germany in the 1940’s, one of the toughest campaigns fought by one of Germany’s top generals, Erich von Manstein.

It’s very unlikely that Joe Biden or Vlad Putin want a real shooting war in Ukraine.  We see lots of breast-beating but no real military action – so far.  What neither side will admit is that they both have serious shortages of ammunition, spare parts, fuel, recovery vehicles and guided missiles.   Neither Kiev nor Moscow can afford to replace weapons lost even in a short war.  Bankrupt America is in no position to fight for Ukraine.  The other NATO allies are paper tigers.  Most important, Germany has no desire to fight Russia.  Unlike the snarling Republicans in the US Congress, Europeans want no new wars.  Their boys are not ready to die for Luhansk.

But an accidental conflict is always close and growing nearer.