Israel has banned all foreigners from entering the country in response to Omicron fears. The ban, pending government approval, was expected to last two weeks.

I’m not a panic guy.  I don’t do that. Can’t. When you are a leader, you can never panic, no matter what happens… Herman Edwards

Just when air transport was starting to pick up, in late November 2021 a dangerously infectious variant of COVID-19 was discovered in South Africa which was later discovered in travelers in other parts of the world.  CNN reported: “As fears mount over the newly identified coronavirus variant Omicron, governments around the world are scrambling to protect their citizens from a potential outbreak. The new mutation, which is potentially more transmissible, was first discovered in South Africa and has since been detected in Australia, United Kingdom, Germany, Israel, Italy, the Czech Republic and Hong Kong” . This resulted in the United States and States in the European Union banning flights into and out of some African States –  South Africa, Botswana, Zimbabwe, Namibia, Lesotho, Eswatini, Mozambique and Malawi. The ban came into effect on Monday 29 November 2021. 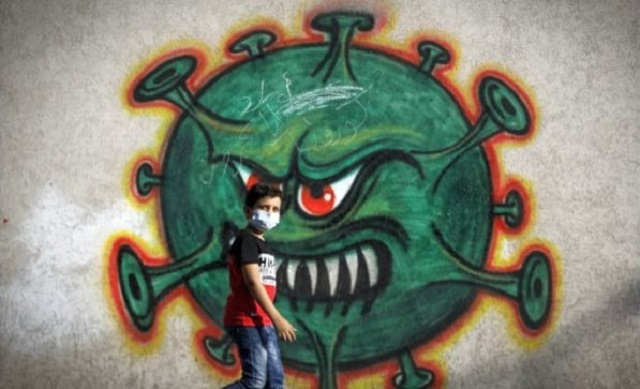 Israel has banned all foreigners from entering the country in response to Omicron fears. The ban, pending government approval, was expected to last two weeks. Israelis returning from a country on the red list, which includes countries in southern Africa, were required to isolate for seven days in a designated hotel.

The problem with pandemic panic is that countries have their own knee jerk reactions to the threat of a new variant.  When the Delta variant broke out there was a chaotic cocktail of reactions analogous  to what Wordsworth called in poetic terms “ a spontaneous outflow of powerful feeling” – only,  he was referring to the creative mind and not to the terrified trepidation that confronts us when  a panoply of virus variants hits us without warning.

Given below are just a few examples of past reactions: for Mainland China, foreign nationals with visas issued before 28 March 2020 were not permitted to enter the Chinese Mainland and foreign nationals with residence permits or APEC Business Travel Cards were not permitted to enter the Chinese Mainland. Although there were certain exempted categories such as diplomats and those with valid employment, all passengers were subject to a medical screening and 14-day quarantine. All passengers entering Beijing were subject to an additional 7-day quarantine and 7-day health surveillance, following their 14-day mandatory quarantine at the government designated facilitates. All passengers (including those travelling on a diplomatic basis) departing from/transiting through nominated countries were required to take a nucleic acid COVID-19 test and IgM anti-body tests within 48 hours of the scheduled time of departure of the flight to the Chinese Mainland.

In the United States there was an entry ban to non-US citizens and residents who had visited/transited through one or more of the following countries/regions in the 14 days prior to travel: Chinese Mainland; India; Iran; Brazil; Austria; South Africa; and in Europe,  Belgium, Czech Republic, Denmark, Estonia, Finland, France, Germany, Greece, Hungary, Iceland, Ireland, Italy, Latvia, Liechtenstein, Lithuania, Luxembourg, Malta, Netherlands, Norway, Poland, Portugal, Slovakia, Slovenia, Spain, Sweden, Switzerland, United Kingdom.  Again, as in China, there were exempted categories that were eligible for entry, but all passengers are subject to a quarantine assessment on arrival, with the exception of arrivals in Los Angeles.

Canada on the other had put out an inclusive list of persons that could be admitted to the country among whom were: A person whose presence in Canada, in the opinion of the Minister of Foreign Affairs, the Minister of Citizenship and Immigration or the Minister of Public Safety and Emergency Preparedness, is in the national interest; foreign nationals with a valid Canadian work permit; foreign nationals with a valid Canadian study permit foreign nationals holding an approval letter to obtain a work permit in Canada; foreign nationals that have a valid study permit or a letter of introduction that shows they were approved for a study permit, and have a valid letter of acceptance from a designated learning institution (DLI) with a COVID-19 readiness plan; a person who takes up a post as a diplomat, consular officer, representative or official of a country other than Canada, of the United Nations or any of its agencies or of any intergovernmental organization of which Canada is a member, and the immediate family members of that person, are allowed to enter Canada. However, all passengers entering Canada are subject to quarantine for a total of 14 days. 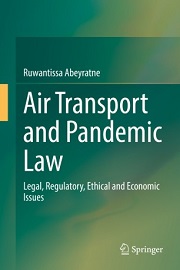 There were similar restrictions and quarantine requirements in Australasia, the Middle East, Africa, Asia and Europe as well as in South American countries and the list is too exhaustive to be mentioned here. All this brings one to a curious requirement in the Chicago Convention in Article 13 which states: “The laws and regulations of a contracting State as to the admission to or departure from its territory of passengers, crew or cargo of aircraft, such as regulations relating to entry, clearance, immigration, passports, customs, and quarantine must be complied with by or on behalf of such passengers, crew or cargo upon entrance into or departure from, or while within the territory of that State”.  What is curious is that the person or persons responsible for ensuring compliance with entry/departure and quarantine requirements are not identified, leaving the question open.  Many have posited that this responsibility devolves upon the airline carrying the passenger as it is obligated to carry back an inadmissible passenger .

The Economist of August 14th 2021 put it best: “Governments have succeeded in taking the joy out of travel…Britain has introduced rules of tooth grinding complexity.  In theory its traffic lights system rates countries by Covid-19 risk and sets travel rules accordingly. In practice it is arbitrary, unpredictable and constantly changing…policies in America are equally baffling…All around the world a jumble of rules causes confusion, chokes tourism and leaves businesses struggling to work out who can do what and can go where…The confusion is made worse by governments taking very different approaches to travel.  East Asia and Australasia are largely locked down.  The poorest regions, such as sub-Saharan Africa and Europe are somewhere in between”.

So what are we to do now?  Most scientists are apprehensive that Omicron will spread like wildfire, whatever the measures are that are imposed.  A knee jerk reaction in banning flights from or into a State which records a new variant has as much a precipitous outcome on the freedom of the individual to travel  as it would on  liberalized travel that would be calculated to proliferate the variant with inordinate speed leading to  catastrophic results.  Legal and regulatory issues must go hand in hand with science in order that a balance be maintained between  retaining reasonable connectivity in the world and a maintaining a reasonable level of control on the spread of the virus.  It is submitted that scientific opinion must take precedence and legal and regulatory issues must be applied according to the recommendations of the scientists. For example, the starting point should be WHO which said the new Omicron COVID-19 variant is a “variant of concern,” stating it is potentially more contagious than other variants, though it is not yet known if it causes more or less severe COVID-19. The follow-up statement of WHO – made in late November 2021 –  is that it will take weeks to understand how the variant may affect diagnostics, therapeutics and vaccines.

CNBC reported that “The organization (WHO) only labels Covid strains as variants of concern when they’re more transmissible, more virulent or more adept at eluding public health measures, including vaccines and therapeutics”.

It should also be noted that Moderna – the vaccine manufacturer –  has said a new vaccine to provide immunity against the variant could be ready by early 2022 if it is needed.

The above information should be sufficient for States, within the parameters and prerogatives of their sovereignty, to take the necessary decisions. That the Omicron variant is a matter of concern – as identified by science – is incontrovertible, calling for timely action by States. The question would be whether States should ban flights to and from affected areas or keep air transport going while introducing strict quarantine measures.  The ultimate issue that this discussion would lead to would be State responsibility that would permeate the exercise of sovereignty. The bottom line would be the need for a new look at State sovereignty and sovereign responsibility. The sovereignty that is relevant in addressing this global issue responsibly against the proliferation of communicable viruses should be based on, what Richard Haas, Chief of the Foreign Relations Council called  “Sovereign Obligation” , which means that sovereignty should not stop at borders but extend to helping countries and their people who might suffer as a result of arbitrary and capricious decisions of leaders taken under the shroud  of national sovereignty.

The real question therefore might well be: can we wait 4 to 6 weeks until everything becomes clearer?

Dr. Abeyratne is the author of Air Transport and Pandemic Law (Springer:2021).