Notable adjectives Putin used to describe the West, and the US in particular, were “unreliable” and “unpredictable”–perhaps among the most dangerous possible terms of use between two nuclear superpowers.

A classic definition of the difference between a politician and a statesman is that, in disagreements with other nations, the latter can understand the position of the other side.  This being essential to diplomatic engagement, the speech given by President Putin in mid-November to foreign policy elites in Moscow deserves close attention; indeed, it may be described as an elegy for constructive U.S.-Russia relations. 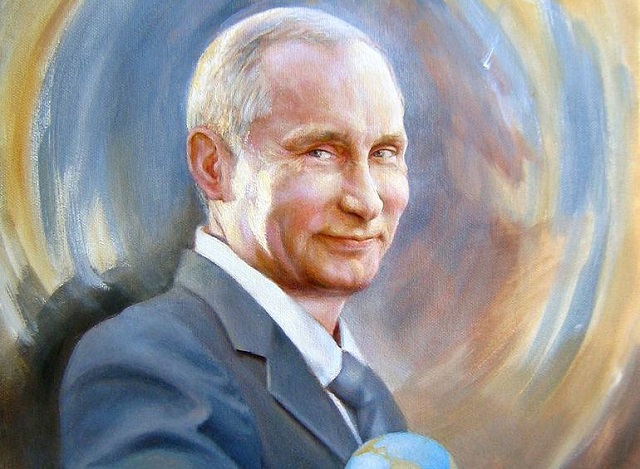 The tone of President Putin’s presentation was as important as the content: overall, he spoke more in sorrow than in anger [though he did betray a degree of exasperation when speaking of NATO’s expulsion of Russian diplomats].  There was moreover a regret at “missed opportunities” throughout, along with a measured reflection on current stresses in the relationship that contrasts with the hectoring and lecturing approach to Russia from Washington.

That said, this reasonable demeanor should not be confused with any weakness or capitulation: Putin spoke forcefully of red lines, and of the folly of our “superficial” treatment of those [one noticed how he paused for a long moment to find the right word].  The obvious red line of paramount importance is Ukraine; the Minsk Agreements and the deliberations of the Normandy Quartet are mired in the refusal of the two “neutral” observers–France and Germany–to hold Ukraine’s feet to the fire.  This is all the more dangerous because, as Putin said starkly: there is no alternative to Minsk.  Also complicating matters in a perilous fashion is the fact the the United States seems to be avoiding any direct interventionist role [which the Ukrainians expect, rather like Saakashvili did with disastrous consequences in Georgia in 2008] by, providing high-grade weaponry to Kiev–a consolation prize that since the 2014 coup amounts to some $2.5 billion, including such sophisticated items as electronic warfare equipment.  The latest tranche of $150 million also seems to include U.S. training personnel at Ukrainian air bases.  From NATO, there has come Turkish war drones, those which killed 6000 people in the war over Nagorno-Karabakh.  This military largess has emboldened Kiev not merely to stall on the Minsk accords, but to threaten violation [the most recent buildup of Russian troops on the eastern border was in response to Ukrainian threats to attack the cities of Donetsk and Lukansk, which are inside the buffer zone established by MInsk in 2015.]  Finally, in his visit to Kiev on October 18, US Defense Secretary Austin reaffirmed our support for eventual Ukrainian membership in NATO {the reddest of lines for Russia.]  All this begs the question: what is the national interest for the United States in Ukraine, other than to stoke Russian neuralgia?

Notable adjectives Putin used to describe the West, and the US in particular, were “unreliable” and “unpredictable”–perhaps among the most dangerous possible terms of use between two nuclear superpowers.  He mentioned in particular “backtracking on previous agreements” [ABM] and also expressed bewilderment at the current critical state of diplomatic relations [“They do not wish to speak to us” was one comment].  This is of course very significant from Moscow’s vantage point: breakdown of diplomatic channels can readily morph to political/military problems in a relationship–and one must wonder what exactly is being accomplished at present in our respective embassies.

Putin’s opening statement was: “We see our major foreign policy role as settling regional conflicts,” and he gave specifics such as Afghanistan, with joint counter-terrorism and narcotics initiatives with other regional players, and Nagorno-Karabakh, with continuing tensions between Armenia and Azerbaijan, where Russian mediation has played, and continues to play, a critical role.  He expressed deep concern that Russia is diverted from this by constantly having to pay attention to growing NATO aggressive maneuvers to Russia’s west, and to the Black Sea, which has become virtually a marina for NATO warships.  In June of this year, the grotesquely named “Sea Breeze 21” military exercise was joined by no fewer than 32 other navies, including those of most NATO countries, plus U.S. allies from the UAE to South Korea. His most ominous and attention-worthy words in the entire speech were that “We shall provide a proper response.”

To conclude by returning to the politician/statesman distinction: in Putin’s view the 30-year post-Cold War game still in progress: We [the US] will dictate the terms of engagement with others, based on our particular view of a world order, and to the extent that you are willing to go along with this we may be able to find areas of cooperation.  It does not mean that we capitulate to Russia, or accept its sense of self and of its global role in toto, to take this view on board in seeking more civilized dialogue, less fraught confrontation.  Russia sees a global role for itself in preventing and resolving threats of mutual importance: spread of terrorism, control of the trade in narcotics, defanging  weapons of mass destruction, tackling climate change and planetary degradation–not a bad menu of common-cause items.

Author Bio: David C. Speedie serves on the Board of ACURA, and was, from 2007-2017, Senior Fellow and Director of the Program on U.S. Global Engagement at the Carnegie Council for Ethics in International Affairs in New York. This article is distributed in partnership by ACURA and Globetrotter. Source: Globetrotter