According to China’s National Bureau of Statistics, the gross domestic product (GDP) of China in the first half of 2021 reached53,216.7 billion yuan, upby 12.7%over the same period of last year. While facing challenges both at home and abroad, China’s economy has been on a steady recovery path with increased production and demand, stable employment rate and prices, fast-developingdriving forces, enhanced quality and efficiency, improved market expectations. All the major macro-economic indicators are demonstrating the steady and sound growth of China’seconomy. 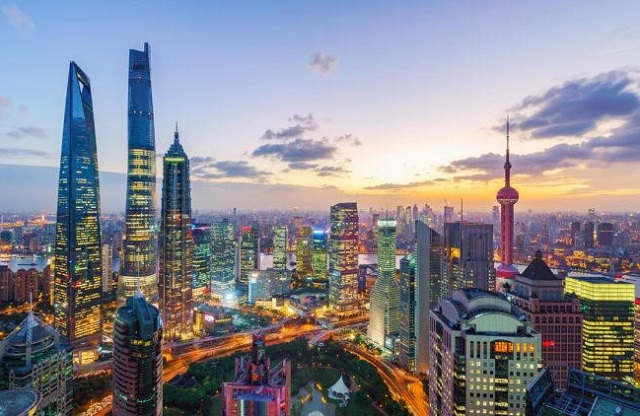 “The Chinese economy is not a pond, but an ocean”. Despite the severe adverse impact of COVID-19 on the global economy, China’s economy is growing steadily.The optimized and upgraded economy shows extraordinary resilience to pressure. By promoting the freeflow of production factors across borders, China contributessignificantly to the stabilization and repair of the global supply chain, bringing hope to the bleak world economic outlook. Meanwhile, in order to promote high-quality development, the Chinese government has adopted a series of regulatory measures, such as improving the regulatory system for overseas listing of enterprises, strengthening regulations on tech companies, and easing burdens on families in terms of childbearing, childcare and educationetc.. However, these actionshave caused some unnecessary doubts and misjudgments about China’s opening-up and economic prospects. As a matter offact, these measuresfocus oncorporate behaviors that are violating laws andregulations, disrupting normal economic order, underminingthe interests of people and national security, rather than to containor suppress certainindustries. Instead, the objectiveis to promote the healthy development of these industries, while protecting data security and people’s livelihood. What needs to be emphasized is that China’s economic development policy has not changed. China will unswervingly advance the fundamental national policy of reform and opening-up, and promote high-quality development of “Belt and Road” cooperation. 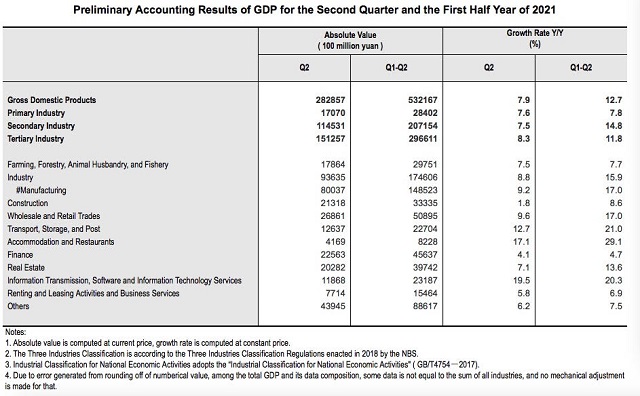 In the globalized economy, the developments of countries are closely entwined, and no one cangrow in solitude. The Pandemic has caused severe impact and far-reaching influence on the world economy, but global openness and cooperation remain the historical mainstreamand will be even more needed in the post-pandemic era. As the world’s second largest economy, largest FDI recipient, second largest consumer market, largest exporter and second largest importer, China will open its door wider to the outside world; the market opportunities it offers will be more significant; and its connection with the global economy will be even closer. The steady improvement of China’s economy will continue to provide strong impetus for the world economy to return to normal, regain confidence, and resume growth, and offer new development opportunities for other countries, especially the developing ones.

China and Sri Lanka are good neighbors helping out each other, good friends treating eachother with respect and trust, and good partners in mutually beneficial cooperation. In recent years, bilateral cooperation under the Belt and RoadInitiative has achieved fruitful results, and the two countries’ friendship has been further strengthened in ourjoint fight against the Pandemic.To help Sri Lanka tide over difficulties, the Chinese financial institution provided Sri Lanka with credit lines of USD 1billion and RMB 2 billion, and China coordinated with AIIB to provide USD 180 million loan as COVID-19 emergency and crisis response facility, which have boosted the confidence ofinternational investors. It is particularly worth mentioning that despite the Pandemic, our bilateral trade reached USD 2.79 billion in the first half of 2021, upby 61% compared to last year, of which Sri Lanka’s exports to China account for USD 276 million, increased by 103.8%. Meanwhile, major breakthroughs have been made in important cooperation projects including Hambantota Port and Colombo Port City, which have attracted large amount of international investment, and played an important role in revitalizing Sri Lanka’s economy and improving people’s livelihood, breaking new ground for attracting FDI and enhancing Sri Lanka’s international competitiveness in the post-pandemic era. China is willing, as always, to welcome Sri Lanka to board its fast train of development, share its development experience, and provide the best possible support for Sri Lanka’s economic and social development, so that the results of our bilateral cooperation could benefit more people in both countries.

The writer, Economic and Commercial Counsellor of the Chinese Embassy in Sri Lanka