Of course, it is not easy for Pakistan now to get rid of the Islamic terrorists, who seem to be deeply entrenched  and sometimes even threatening the government.

The recent decision of the New Zealand  cricket team to cancel the proposed  visit to Pakistan to play cricket matches due to security concerns,  should be an eye opener for the discerning citizens of Pakistan as to how the present conditions in Pakistan are viewed abroad. 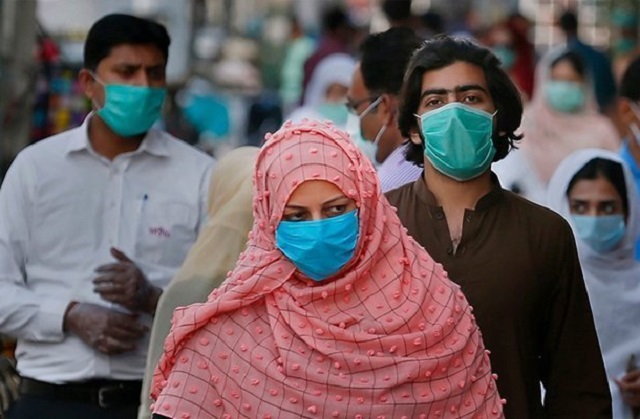 The cancellation of the cricket tour must have certainly disappointed the  cricket fans in Pakistan and created a sense of frustration in their  mindset.  Even those in Pakistan , who have no particular craze for cricket , would also feel very sad that the reputation of their dear country in the international arena now appear to have fallen flat.  Certainly, the concerned citizens of Pakistan involved in various spheres of life would be wondering as to what would the future hold for Pakistan , if the present conditions were to continue.

After centuries of British rule, the Britishers left the Indian sub continent after splitting the region into India and Pakistan.  While India has  managed to survive as a vibrant democracy inspite of various problems and issues, Pakistan has been  seeing  the governments alternating between  democracy and military dictatorship  . Several Prime Ministers and Presidents of Pakistan had  to leave the country  after losing the power  to save their skin and   have sought  refuge elsewhere.  In other words, for the last seventy years or so , there has been lack of stability in the governance of Pakistan.

While India declared itself as  a secular country, Pakistan declared itself to be a Islamic country. The leadership of the country, whether democratically elected or  by  military dictators,  have been obsessed  with the thought about adhering to the ethos of Islam religion in the most faithful way.  In the process, the leadership of Pakistan appear to have come to a conclusion that it has a duty to spread the message of Islam around the world.  In the process,  Pakistan became a sanctuary for Islamic extremists , most of whom have committed themselves to the concept of jihad.  In the process, adopting violent methods and indulging in terrorist acts to serve the cause of spreading Islam was sought to be justified by the Islamic extremists. The government of Pakistan did  not do anything worthwhile to check this extremist tendency, which is now proving too costly for Pakistan.

The recent take over of Afghanistan by the Talibans who are widely perceived to be sort of terrorists and Pakistan’s  support directly or indirectly to the Talibans  have further damaged the reputation of Pakistan around the world.

Now, in the global forums when terrorism and particularly Islamic terrorism are mentioned, inevitably the  speakers and listeners are reminded about the role of Pakistan and making them suspect as to what extent Pakistan is now responsible for fostering   terrorism around the world.

At the moment, Pakistan is facing severe financial crisis and has become debt ridden and is virtually living on borrowed money.  Thoughtlessly and unwittingly , Pakistan has allowed itself to come under the firm grip of China, with no immediate hope of getting itself rid of China’s direct and indirect control.  Further, in the present strife torn Afghanistan, both China and Pakistan seem to have developed a  lot of common interest and Pakistan , with it’s link to Taliban, is likely to facilitate China   to get into Afghanistan in a firm way and furthering it’s economic interests in Afghanistan.  In this situation, Pakistan  really has nothing to  gain , except   the vicarious satisfaction of “furthering the cause of Islam”.

In spite of such conditions, the citizens of Pakistan still can have a ray of hope,  as Pakistan has it’s own inherent strength  with strong agricultural base and mineral wealth.  It has been excessively spending on defence , which it  could reduce drastically by arriving at a settlement with India in a peaceful way, which will help both the countries.

Of course, it is not easy for Pakistan now to get rid of the Islamic terrorists, who seem to be deeply entrenched  and sometimes even threatening the government.

What is required in Pakistan  today is that a   strong and vibrant people’s movement should happen, that would   enable  Pakistan  to shed the tendency  to lean towards Islamic extremism,   that would inevitably result in the entrenched Islamic terrorists getting isolated.  It is a mute question whether such situation can develop  anytime soon but the bright spot is that Pakistan still conducts elections in a democratic way and there  is some sort of freedom of speech for citizens in Pakistan.

Pakistan today needs a far sighted  and committed leadership solely  dedicated  to the welfare of Pakistan   and making Pakistan a modern, peaceful  and forward looking  country. A vibrant people’s movement can make it possible.

There is nothing wrong in Pakistan remaining as Islamic country and dedicated to the cause of Islamic ethos. But, the commitment to Islamic religion should not mean that Islamic extremism is acceptable.  A forward looking government can certainly achieve this task of Pakistan remaining as an Islamic country and still emerge as a forward looking and peaceful nation.