Speaking to reporters, the defence minister, when asked to comment on the ghastly crime, said the killing was simply a result of young people being high on emotion and passion.

At a time when millions worldwide are consumed with anger and despair over the barbaric lynching of a Sri Lankan national in Sialkot, Federal Minister Pervez Khattak has uttered words which can only be interpreted as a pathetic justification for murder. 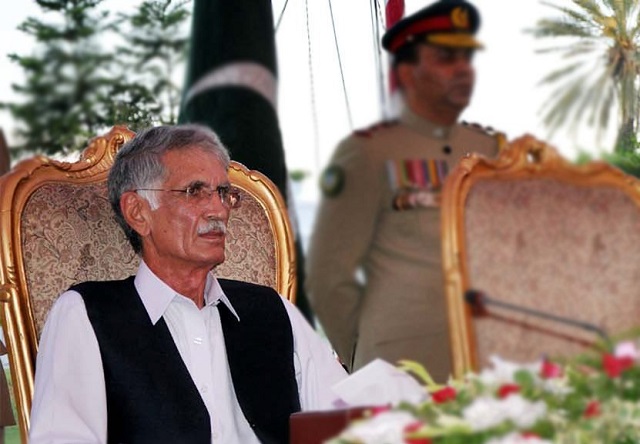 Speaking to reporters, the defence minister, when asked to comment on the ghastly crime, said the killing was simply a result of young people being high on emotion and passion. Indignant at the idea that the government is somehow responsible for creating an environment where such a horrific crime can happen, Mr Khattak downplayed the incident in words that can only be described as ignorant and dangerous.

Not only was he adamant that people refrain from characterising the Sialkot lynching as an incident that shows how society is headed towards destruction, he also appeared to believe that young people, when high on emotion, can kill in the name of religion. He went so far as to indicate that he himself in his youth was emotional and ready to do anything, and that fights and even murders are a result of such a mentality.

Such a statement from a federal minister should come as a shock, but unfortunately, we are accustomed to our public officials being in denial about the realities of extremism and violence in the country. Mr Khattak’s remarks are deeply problematic. They create an impression that such killings are somehow a ‘normal’ part of growing up in a country where religion can be used to justify crime.

Instead of asking the journalist who was quizzing him to change this mob mentality, it would have served the minister better to have recalled that, in fact, he is a member of government who actually has the power to influence large sections of the population. It may be an alien idea to Mr Khattak, but he should have roundly condemned this incident and reflected on why our society has become so brutalised, instead of ascribing this heinous crime to youthful passions.

This piece first appeared in Dawn, a daily newspaper in Pakistan