Following the War of Liberation, which was commenced by Mustafa Kemal Atatürk, founder and the first President of the Republic of Turkey, the Turkish Grand National Assembly proclaimed the Republic on 29th October 1923. Since then, we as a nation have continued to prosper our democratic, secular, and unitary values envisaged upon the Turkish citizens by the constitutional republic. 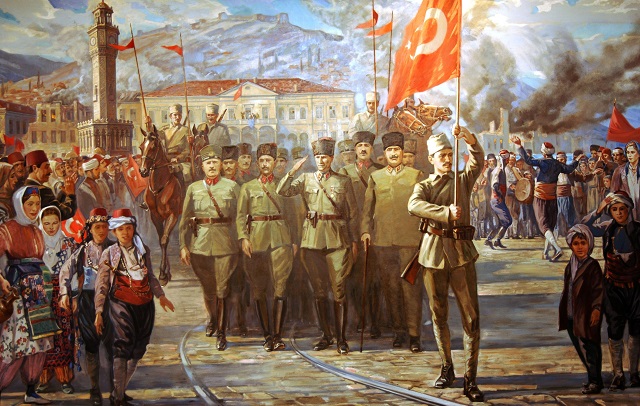 Deeply rooted with a vibrant history and rich culture, the Turkish Republic throughout its’ 98 years has thrived as a trading and cultural centre located between the Black Sea and the Mediterranean Sea. Even though our region continues to struggle with conflicts, humanitarian crises, wars, and poverty, the comprehensive economic modernization and socio-political transformation have paved the path for Turkey to stand as a symbol of stability and development within the region. Despite facing numerous challenges in the recent past, including the heinous coup attempt in 2016, Turkey has always stood in unity defending the core values carved with the Republic. 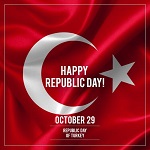 The Republic of Turkey greatly values her external relations as much as her own cultural diversity. From the Ottoman era to the post-proclamation of the Republic, Turkey has continued to grow her diplomatic presence in different regions of the world.  In 1924, the Republic of Turkey had a total of 39 diplomatic and consular missions abroad. Now, it is represented by 252 missions, becoming the 5th largest diplomatic network globally. Based on the founding principles ‘Peace at Home, Peace in the World’ as set out by Mustafa Kemal Atatürk, Turkey has continued to implement an Enterprising and Humanitarian Foreign Policy, which manifests as a bridge between the tradition and the future.

Even though the Turkish Embassy in Colombo was officially established in 2013, the diplomatic relations between the two countries can be traced back to more than 150 years since Hassen Lebbe Marikkar was assigned as the first Ottoman Honorary Consul to Ceylon in 1864. Throughout these years, relations between Turkey and Sri Lanka ranging from political and trade relations to people-to-people relations have continued to prosper with great potential to advance much further.

The political relations have been continuously bolstered as a result of the number of high-level mutual visits by Ministers and other dignitaries and also with the establishment of inter-parliamentary friendship groups by the Turkish Grand National Assembly and the Parliament of Sri Lanka in 2006. 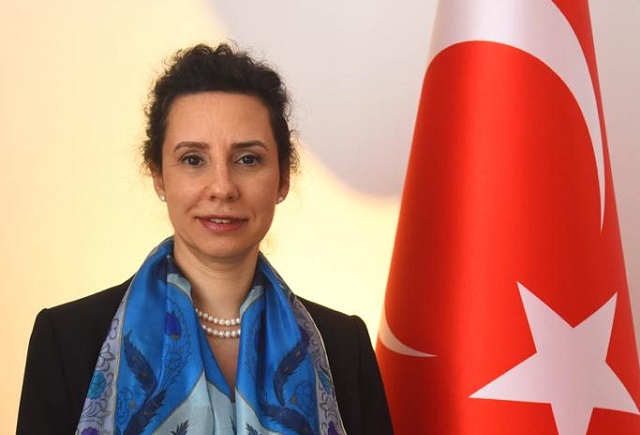 Our strong political relations also signifies the support extended bilaterally for matters of common concern in the international fora. Addressing global and regional security challenges is of mutual importance for Turkey and Sri Lanka as both nations have faced catastrophes due to terrorism. In this regard, Turkey is also looking forward to enhancing bilateral cooperation for intelligence sharing in combating violent fundamental extremism.

Besides the political relations, Turkey being the leading buyer of Ceylon tea along with the trade of other commodities which has significantly increased over the years, has largely contributed to the strengthening of the bilateral trade relations, while leaving further avenues for business communities to expand trade in potential markets, especially in the post-Covid era.

Needless to say, the coronavirus pandemic has affected the entire world politically, economically, and socially while the world is adjusting towards the new normal. Almost after two years of living with the pandemic, the world has come to realise the importance of international cooperation more than ever before. In this regard, during the first months of the pandemic in 2020 itself, Turkey provided medical aid to 159 countries and 12 international organisations under Turkey’s foreign aid policy.

As part of Turkey’s ongoing humanitarian aid, development, and capacity-building assistance to Sri Lanka since 2006 starting from the post-tsunami period to the latest Coronavirus pandemic has always remained steadfast in assisting Sri Lanka to reach her development needs. As such, Turkey through her official aid agencies has granted more than 20 aid projects for development and capacity building. During the recent engagements, Turkish authorities donated several medical equipment that are essential for Sri Lanka’s fight against Covid-19.

As we step into the post-pandemic era with much enthusiasm thanks to successful vaccination efforts, the world is given renewed hopes for a better tomorrow. On the National Day of the Turkish Republic, let me conclude by reinvigorating the opportunities that lie ahead for further enhanced relations between Turkey and Sri Lanka in our journey towards a brighter future.

Her Excellency R. Demet Şekercioğlu is the Ambassador of Turkey to Sri Lanka