COLOMBO (News 1st); The Kanugahawewa Renovation Project which came to life as a result of the “Gama Samaga Pilisandara” program by the President, saw the completion of its second phase on Thursday (29).

This project was taken over by the Commander of the Air Force, Air Marshal Sudarshana Pathirana in line with the 70th anniversary of the SLAF which was celebrated this year..

The Kanugahawewa Village is home to 314 families and approximately 942 civilians.

Based on the needs of those in Kanugahawewa, renovation of the Kanugahawewa Abinawarama Viharaya, Kanugahawewa Primary Vidyalaya, Halmillawetiya Vidyalaya, houses for those who cannot afford to build a house on their own and many other development projects were undertaken by the Sri Lanka Air Force.

In addition, 13 houses were completed as well. The President also witnessed an eye operation being performed for the residents free of charge in the SLAF Mobile Eye Hospital. His Excellency also took time to inspect the electric fence built to protect the Village.

The entire project is conducted under the guidance of the Commander of the Air Force who appointed a Steering Committee led by the Director Ground Operations of the SLAF, Air Vice Marshal Camillus Labrooy.

Thursday’s event to declare open the above constructions and also to present 12 houses to families with no permanent housing took place under the auspices of Sports Minister Namal Rajapaksa. 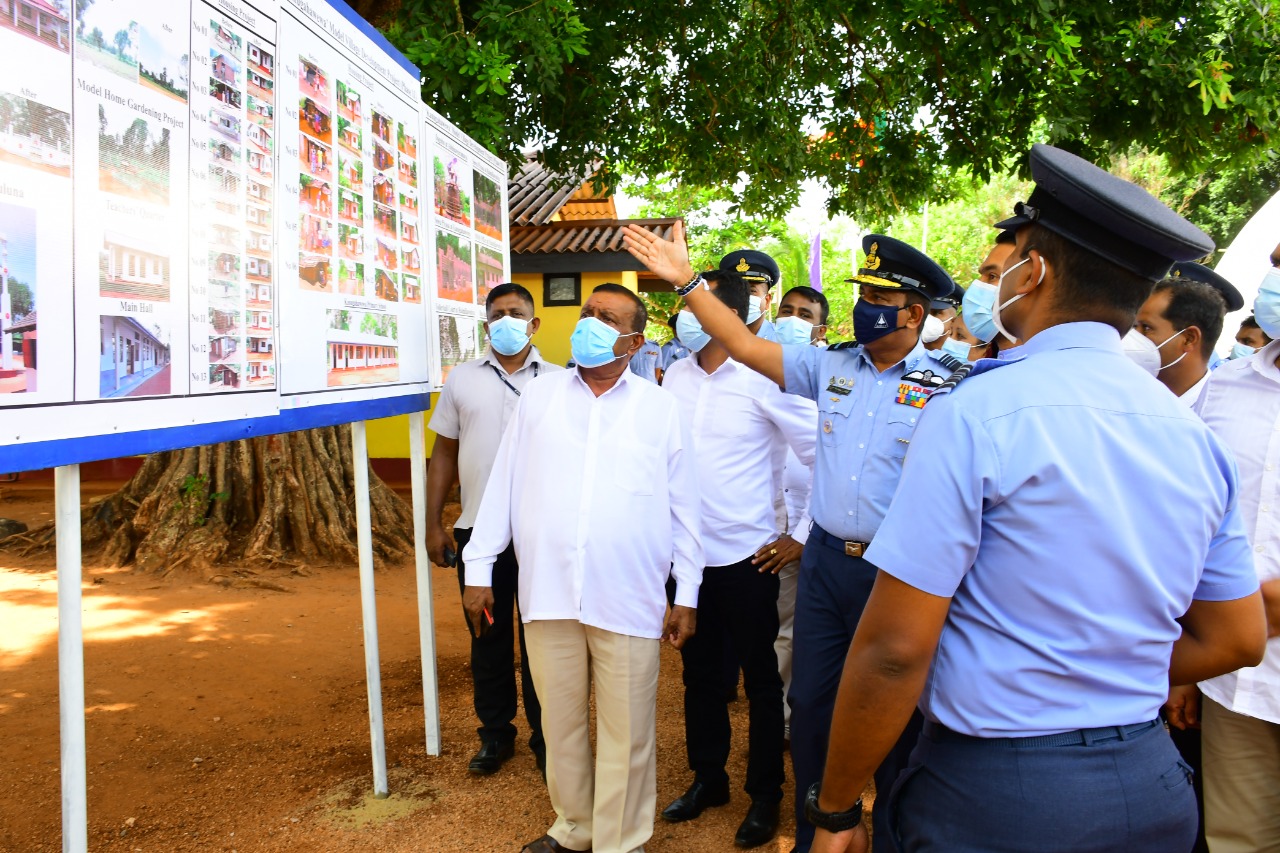 The Project Plan is as follows.

3. Construction of a toilet complex and Renovation of a Computer Lab at Halmillawatiya Vidyalaya

4. Construction of a new building and renovation of the existing buildings in the village Pre School.

5. Building of an electric fence to protect the village from the elephant threat.

6. Construction of 70 houses for the homeless.