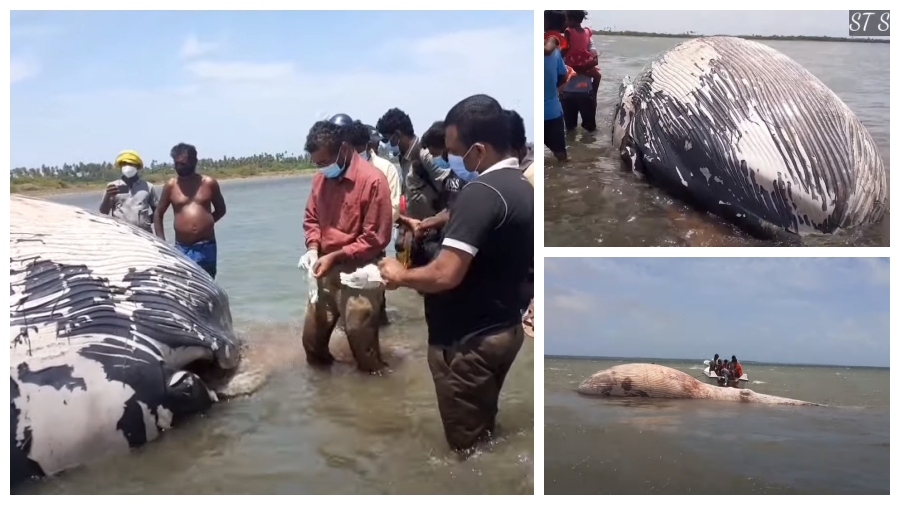 The body of a dead whale was dumped on the beach in Kayts, Jaffna.

The cause of death has not yet been determined, but scientists say the animal was found to have sunk plastic nurdles from the MV X-Express Pearl.

Two people were also sent from Colombo to investigate the cause of death and 15 officers were deployed to investigate whether there was a connection between the plastic or the chemical leak.

Conservation biologist Dr Ranil P. Nanayakkara has expressed his views in this regard to ‘The Island’ newspaper.