Misappropriating the structures meant to help rape survivors reinforces patriarchal violence and creates a social context in which gender-based abuse is allowed to thrive.

It is commonplace to hear South African discussions of the crisis of gendered violence prefaced with an acknowledgement that a larger context exists. Often this context is deemed self-evident as a reference to a history of how violence became institutionalised through societal norms and assumptions, our location in a patriarchal society, and endemic violence against women as widespread in our time. To temper this overwhelming context, women who speak up and against their violation are regularly implored to seek legal recourse as the most legitimate way to access justice and resolution. 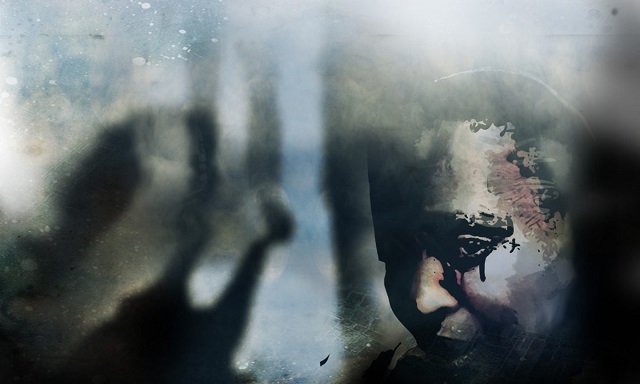 At the same time, context makes obvious how justice eludes most women who place their faith in the police and the criminal justice system when they are raped, beaten, or otherwise abused for being women. While it matters that intersecting systems of power lead to differences in women’s levels of risk, opportunities to be heard and access to justice, there are significant overlaps.

As “context” as a word recurs in public discourse, its explanatory value must shift from legitimising the slow pace of change to illustrating how such change can be accelerated, so that we live to see a time when women’s bodies are no longer a site of violence but a beacon of equality and power.

The relationship between courts of law and society is an important prism through which to discuss “context” as more than mere shorthand for “background”. What happens in court is not neutral. Precedent affects later decisions in lower courts while interacting with personal ideologies and ideas already circulating in our larger society. When a magistrate delivers a judgment gagging a rape survivor from speaking about her rape, this reverberates inside and outside the court. How do we understand the work “context” does here?

The above is not a hypothetical situation. It is a very real one in which one of us actively responded. In October, the Women’s Legal Centre (WLC) appealed this case on behalf of its client. Revelations of how her boyfriend had raped her in 2015 to friends, family as well as in a closed online platform were later screenshot and circulated without her permission. Her disclosure was in a space designed to offer support and solidarity. Her ex-boyfriend caught wind of this and chose to apply to the domestic violence court for a protection order against her. He requested the court to order her to have no contact with him, not harass him and not defame him. Upon granting the order against her, the Cape Town magistrate’s court extended the order sought and ruled that she was “not allowed to talk about her rape to anyone in any manner”.

This extension is telling. It shows how the magistrate applied his own ideology and belief system in going the extra mile to gag her, because as a man he believes women should not have the right to freely accuse, even when this was not what the ex-boyfriend asked the court to do.

Appearing for the appellant at the high court in the Western Cape was a refusal by the WLC to accept context as mere background. Instead, the appeal recognised that a series of dangerous contexts and negative stereotypes were actively being produced and reinforced in this case. Each one of them could not be allowed to stand, setting a precedent that would later be used as an explanation for the legal failure to protect women against violence and re-victimisation.

It was important to contest the repurposing of the laws and structures designed to protect women. The Domestic Violence Act and Protection from Harassment Act and their related courts are the first points of access to women and were designed to offer speedy and effective protection for women and children. They were a feminist-informed response to a context in which the slow pace and expense of legal recourse placed justice outside the reach of most women. The use of this very law and court against a rape survivor is part of a worrying trend of misappropriation of such courts, in addition to further victimisation and setting a damning precedent for women who are trying to navigate the horror of rape.

This misappropriation illuminates several aspects of how context works. Allowing the decision of the magistrate’s court to stand would transcend through the lower courts because such judgments can affect millions of women, forcing them back into silence. Such re-silencing would be especially devastating coming from the very courts designed for their protection.

Far from accepting context as merely the background against which to make sense of how and why women cannot access the law, the African feminist litigator decision to appeal is instructive. It holds many lessons for critically engaging this case, the patterns of which it is an example and the precedent set.

Given how regularly women complainants are threatened with defamation when they report violence, there are significant lessons here about the successes of and backlash against women’s difficult decisions to “break the silence”. Solidarity and support are an integral part of feminist attempts to face violence against women head-on. It is therefore unsurprising that hard-won instruments for interrupting cultures of institutionalised violence are targeted for co-optation as tools for reinforcing patriarchal violence.

During 16 days of activism against violence against women, it is commonplace to be confronted with assertions that there should be 365 days, rather than 16. Such arguments are only possible when there is no attention paid to the unrelenting work that historically went into establishing campaigns, sites, courts and legislative tools to retain the focus on violence against women and children. Even when misinformed, these declarations enact something between erasure and complicity with the backlash because it was always already 365 days for those who have to work strategically for change while safeguarding existing feminist work and gains.

The work of moving us to a world without patriarchal violence demands critical engagement with the idea of what counts as context and attention to the multiple strategic engagements the work necessitates. African feminist work moves from the premise that context is created and contested and is never mere background.