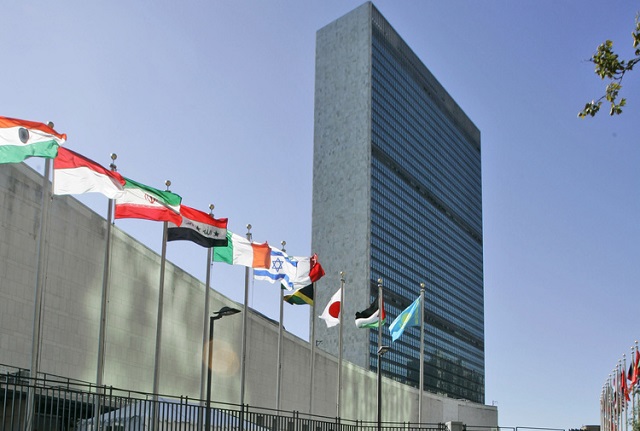 There was no intention at all to reject, undermine, or counter what the UN or the international community endorsed and promotes as the Universal Declaration of Human Rights (UDHR). While proposing this new Declaration as a ‘common standard for all peoples and nations’ on universal human responsibilities, it further said,

“We, the peoples of the world thus renew and reinforce commitments already proclaimed in the Universal Declaration of Human Rights: namely, the full acceptance of the dignity of all people; their inalienable freedom and equality, and their solidarity with one another.”

There were other 27 distinguished supporters. Some of them were former Ministers in different countries or prominent heads of different international organizations. Among them were Henry Kissinger, former U.S. Secretary of State; Robert McNamara, former President, World Bank; and Richard von Weizacker, former President of the Federal Republic of Germany. Being the Director-General of UNESCO, Federico Mayor also gave his support and Ali Alatas, Minister for Foreign Affairs of Indonesia also joined in to support the Declaration.

There were three academic advisors to the project and drafting of the Declaration: Hans Kueng from the Tubingen University; Thomas Axworthy from the CRB Foundation; and Kim, Kyong-dong from the Seoul National University.

In the process of formulation of the declaration there were consultative meetings in Vienna, Austria (March 1996 and April 1997) and in the Netherlands (June 1997). Among those who were invited included prominent academics, religious organizations or leaders, and civil society organizations. Among those organizations were the World Council of Churches, the Stanford Humanities Center, the World Conference on Religion & Peace, the Asahi Shimbun Institute of Sino-Christian Studies, European Academy of Sciences, and the Chinese People’s Political Consultative Conference.

One may argue or observe that prominent international human rights organizations or NGOs were absent in the process. That is in fact true. They were apparently invited but not participated. From Sri Lanka, Sarvodaya Movement was invited, and A. T. Ariyaratne participated.

The Introductory Comment stated giving a proper rationale for the second UDHR: “Recognition of the equal and inalienable rights of all the people requires a foundation of freedom, justice and peace – but this also demands that rights and responsibilities be given equal importance to establish an ethical base so that all men and women can live peacefully together and fulfil their potential.”

The Declaration also had a prophecy about the environmental catastrophes which have become extremely valid today. It said “If one person or government seeks to maximise freedom but does it at the expense of others, a larger number of people will suffer. If human beings maximise their freedom by plundering the natural resources of the earth, then future generations will suffer.”

The five paragraphed Preamble also gives a succinct rationale to the Declaration. To summarize, (1) inherent human dignity and inalienable rights implies obligations or responsibilities, (2) the exclusive insistence on rights can result in conflict, division, and endless dispute, (3) global problems demand global solutions, (4) yet, global solutions cannot be achieved by laws, prescriptions, and conventions alone, (5) human aspirations for progress and improvement can only be realized by agreed values and standards applying to all people and institutions at all times.

The Declaration, consisting of 19 simply articulated articles, would be easy to translate into any languages and it is already available in 41 languages. It would be good to see the Declaration in Tamil and Sinhalese.A summary of articles might be as follows.

Article 1 says, every person regardless any distinction has responsibility to treat all people in humane way. Article 2 says, no person should lend support to any form of inhuman behavior.

Article 3 goes beyond referring to ordinary persons. It says, no state, no army or police stands above good and evil. All of them are subject to ethical standards. The task is to promote good and avoid evil in all things. Article 4 articulates the Golden Rule common to all religions: “What you do not wish to be done to yourself, do not do to others.” Therefore, “All people, endowed with reason and conscience, must accept a responsibility to each and all, to families and communities, to races, nations, and religions in a spirit of solidarity.”

Article 5 while retaining the right of justified self-defense, declares ‘no one has the right to injure, to torture or to kill another human person.’ The responsibility to respect life is the cornerstone. Article 6 declares the ‘disputes between states, groups or individuals should be resolved without violence. The Declaration is about non-violence which is not articulated in the Universal Declaration of Human Rights (1948). Genocide and terrorism are prohibited for both governments and non-government organizations.

In Article 7, animal rights and environmental protection are articulated as human responsibilities. It says, “All people have responsibility to protect the air, water and soil of the earth for the sake of present inhabitants and future generations.”

The needs of human cooperation in terms of justice and solidarity are articulated in Articles from 8 to 11. The responsibility to behave with integrity, honesty and fairness are the cornerstones. Ordinary people also have a responsibility to make serious efforts to overcome poverty, malnutrition, ignorance and inequality. All people have a responsibility to develop their talents through diligent endeavor. They should have equal access to education and to meaningful work. ‘Everyone should lend support to the needy, the disadvantaged, the disabled and to the victims of discrimination.’ This is about social work.

Quoting of Article 11 in full might be appropriate. “All property and wealth must be used responsibly in accordance with justice and for the advancement of the human race. Economic and political power must not be handled as an instrument of domination, but in the service of economic justice and of the social order.”

Articles from 12 to 15 are categorized under ‘Truthfulness and Tolerance.’ A major purpose of the Declaration has been to bring moral and ethical foundation for the present society which has become distorted through material, selfish and immoral pursuits.

‘Every person has a responsibility to speak and act truthfully.’

‘No one, however high or mighty, should speak lies.’

‘No politicians, public servants, business leaders, scientists, or other professionals are exempt from general ethical standards.”

“Freedom of the media…must be used with responsibility and discretion.”

‘The representatives of religions have a special responsibility to avoid expressions of prejudice and acts of discrimination toward those of different beliefs.’

There are three articles on the subject of mutual respect and partnership. “All men and all women have a responsibility to show respect to one another and understanding in their partnership.’ Sexual exploitation is taboo. ‘Rather, sexual partnership should accept the responsibility of caring for each other’s well-being.’

‘In all cultural and religious varieties, marriage requires love, loyalty and forgiveness and should aim at guaranteeing security and mutual support.’

‘Sensible family planning is the responsibility of every couple. The relationship between parents and children should reflect mutual love, respect, appreciation and concern. No parents or other adults should exploit, abuse or maltreat children.’

There is also a summing up and a sort of conclusion in the Declaration. “Nothing in this Declaration may be interpreted as implying for any state, group or person any right to engage in any activity or to perform any act aimed at the destruction of any of the responsibilities, rights and freedom set forth in this Declaration and in the Universal Declaration of Human Rights of 1948.”

In conclusion of this article, my proposals are as follows.

1.The UN and Human Rights Council should take immediate measures to rediscuss the InterAction Council proposed ‘A Universal Declaration of Human Responsibilities’ and other similar declarations under the present circumstances of covid pandemic, environmental disasters and global warming and should take clear decisions to promote human duties and responsibilities along with human rights.

2. The InterAction Council as the pioneer organization of this effort should again take measures to promote the UDHR2 worldwide and communicate with the UN, Human Rights Council, all governments, religious organizations and human rights organizations.

4. It is also appealed to national and international organizations and the media, who believe in ‘human responsibilities along with human rights,’ to take measures to promote the UDHR2 among their constituencies, audiences and countries through education and information campaigns.

5. The UDHR2 is already available in 40 languages in addition to English. Translating the document into other languages including Tamil and Sinhalese is a necessity. More important might be the wide circulation of the document.

Lankathilaka struck by lightningDr. Jayaruwan Bandara seeks for 14 days to appear before CID28 persons at a funeral test positive for Covid-19Pahanthudawa clip uploaded by a female – Police