Bangladesh and Sri Lanka both import goods such as cotton from Pakistan, Central Asian States, Western and Central China and even Russia. Pushing this existing trade however requires a holistic trilateral effort.

China, Pakistan, Bangladesh and Sri Lanka are all near neighbours in the region. All four can share common regional ties both in terms of their geographical proximity, development journey and through more recent ties through membership of the regional trade bloc.

Sri Lanka differs in that it is an island economy and has been utilizing this in terms of developing and redeveloping its maritime facilities in international trade and commerce. Long known, even to the ancient Greeks as a maritime hub in South Asia, its redevelopment, with Chinese financial assistance through the Belt and Road Initiative of its West coast Colombo Port is poised to hasten a reset in regional maritime trade capabilities. To the East, its Hambantota Port, Airport and Free Trade Zone are beginning to attract clients looking at servicing East Asia and towards ASEAN, China, and ultimately the CPTPP. Sri Lanka, which previously looked West to India, the Gulf and East Africa, now has a dual face looking East. With its Northern Port of Jaffna to be renovated and developed later in the decade, Sri Lanka will ultimately end up with Ports serving the Bay of Bengal to the North with onward passage possible into Central Asia. 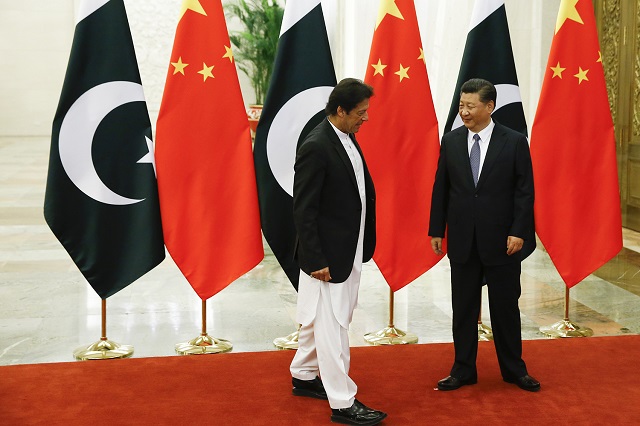 Bangladesh also joined the Belt and Road Initiative in 2017 and its location in the Bay of Bengal gives a strategic position in Southeast and South Asia. It shares borders with ASEAN and India, has free trade agreements with numerous ASEAN nations, China, India, Pakistan, and Sri Lanka and is utilizing these geographic and trade advantages. Bangladesh is moving forward. It is going to be a next South Asian next miracle.

At present, Pakistan is the only South Asian country showing its full-scale strategic significance to the region at this moment. Its foreign policy has shifted towards geo-economic from geo-strategy. The China-Pakistan Economic Corridor (CPEC) and Gwadar Port have added huge extra regional value in this regard in terms of infrastructure and capacity, with the significance of this still poorly understood. However what CPEC does is connect China’s Western Xinjiang Province to the Arabian Gulf in addition to giving access to Central Asia. Some connectivity still needs to be completed, but this will happen in the next two years. Should the Afghanistan situation settle down it will further boost Pakistan’s infrastructure use.

It is pertinent to understand that Bangladesh, Pakistan, and Sri Lanka are all active participants in China’s Belt & Road Initiative.  Sri Lanka’s Hambantota and Colombo Ports are considered as epicentres of China’s BRI in South Asia. Sri Lankan ports can be used a regional maritime hub between South Asia, Southeast Asia, Central Asia, the Middle East, and East Africa. That in turn gives an additional important connectivity routevia the China-Pakistan Economic Corridor from Pakistan’s Gwadar through to Central Asia. Pakistan and Central and Western China.

Sri Lanka and Pakistan– therefore have an opportunity to increase their maritime capabilities and work together in maritime trade, investment, science and technology, and culture through enhancing these connectivity opportunities. Sri Lanka has an FTA with Pakistan and is negotiating one at present with China. It also has an FTA with Singapore. However, given the developing maritime connectivity Sri Lanka would also gain by entering discussions with Pakistan (Central Asia access), Russia (Eurasian Economic Union access), Mauritius (access to the African Continental Free Trade Agreement) and consider how it could leverage itself into the CPTPP countries in East Asia and AsiaPacific as a longer-term aim.

The Pakistan connectivity is certainly growing. Pakistani Prime Minister Imran Khan visited Sri Lanka in February this year, interestingly hosted also by Russian businessmen. During his visit to Sri Lanka, Khan focused on Pakistan’s connectivity with Sri Lanka, its existing use of Karachi Port and the additional Central Asian options that Gwadar provides.

Pakistan’s Muslim community are well positioned to provide Islamic packaging for these markets, which Sri Lanka as a Buddhist nation is less able to provide.

There are motivations for both to do so – Pakistan is conduits for opening new trade corridors for Sri Lankan made products, an increasing share of which will be from Chinese invested JV’s and Sino-Lankan ventures. China will want market access to Central Asia and that means via CPEC.

During the visit of Sri Lanka, Khan commented that Pakistan is allocating land to Uzbekistan for warehousing and export services, and that the same facility can also be provided to Sri Lanka. Uzbekistan is a rapidly developing Central Asia nation and although landlocked, can access other regional markets that open these up for Sri Lankan made products. Uzbekistan is surrounded by five countries: Kazakhstan to the north, Kyrgyzstan to the north-east, Tajikistan to the southeast, Afghanistan to the south, and Turkmenistan to the southwest. Collectively the Central Asian nations have a GDP (PPP) of US$1 trillion, a projected post-covid growth rate of about 5-6% and a population of some 73 million. Its average GDP (PPP) per capita is four times higher than Sri Lanka meaning the region is a wealthy market for Sri Lanka to target for exports.

Bangladesh can also benefit from using Pakistan’s Gwadar port for the same reasons, with a GDP per capita base seven times less than the Central Asian average.

Maritime connectivity is key. Bangladesh’s Chittagong, Payra, Mangla ports can be connected with Pakistan’s Gwadar port and CPEC including Karachi, Port Qasim and Keti Bandar via Sri Lanka’s Colombo and Hambantota Ports to create a quadrilateral access and distribution hub.A Memorandum of Understanding (MoU) has been signed recently between the Port Authority of Thailand (Rawang Port) and the Chittagong Port Authority of Bangladesh. Chittagong-Ranong port connectivity could boost SAARC-ASEAN trade if connected to Gwadar port and CPEC via Sri Lanka’s Colombo and Hambantota ports. The whole regional would benefit, not just some specific countries.

Sri Lankan traditional tea, apparel, rice, and agricultural industries, together with up-coming machinery and industrial manufacturing industries such as auto tyres can be mixed with Bangladeshi apparel, medicines, fruits, and vegetables along with its upcoming IT services and electronic sectors.

Bangladesh and Sri Lanka both import goods such as cotton from Pakistan, Central Asian States, Western and Central China and even Russia. Pushing this existing trade however requires a holistic trilateral effort. If Sri Lanka and Bangladesh can make better use of CPEC, they can take part in the development process in Afghanistan with Pakistan, China, Russia, and Iran. The South Asian SAARC, regional trade bloc may also be revived through these activities.

Intra-regional and international tourism can also become a platform for services growth. Religious tourism is a growing sector, with Bangladesh, Pakistan and to some extent Sri Lanka more tolerant than neighbouring India, where religious differences are currently being politically exploited in favour of the Hindu mainstream.

However, Pakistan has many historical Buddhist sites such as the ancient civilizations of Gandhara and Takhsila. These would be of interest to Sri Lankans. Sri Lanka meanwhile has historical places important in Muslim culture such as Adam’s Peak and the ancient Dewatagaha Mosque.

As regional states, Sri Lanka and Bangladesh should be examining a revival of connections with Pakistan and China. The Belt and Road Initiative has and is being built to promote such interconnectivity. South and Southeast Asian Governments and businesses should be examining how best to exploit it.Chinese investments may be accelerated.

Pakistan’s well-connected Gwadar Port has brought a new dream for the South Asian region. This massive Port is not only for Pakistan but also for all other regional States. Chinese Investment has accelerated the pace of aspirations in this regard. China’s multibillion dollar project the “China Pakistan Economic Corridor” (CPEC) is linked with the Gwadar Port. This excellent Port creates some sort of possibilities and potentials for the entire South Asia, South East Asia, Central Asia, Western Asia, Eurasia, East Asia and Middle East.Sri Lanka and Bangladesh can reach Western China, Central Asia, and Pakistan easily through this Port.

Pakistan’s Gwadar Port has a very strategic significance. China and Pakistan are working together to transform the Gwadar Port into a regional hub. Using the Gwadar Port, Sri Lanka and Bangladesh can easily access the emerging markets of Central Asian states, Western part of China, Pakistan, even Afghanistan and the Western Asian states.

Bangladesh and Sri Lanka both import goods such as cotton from Pakistan, Central Asian States, Western and Central China and even Russia. Pushing this existing trade however requires a holistic trilateral effort. If Sri Lanka and Bangladesh can make better use of the Gwadar Port and the CPEC, they can take part in the development process in Afghanistan with Pakistan, China, Russia, and Iran. The South Asian SAARC trade bloc may also be revived through these activities. Intra-regional and international tourism can also become a platform for services growth. Religious tourism can be a growing sector amongst Bangladesh, Pakistan and Sri Lanka.

Sri Lankan and Bangladeshi products can be exported from those regions easily. The raw materials for the apparel sector (cotton) can be imported easily from Pakistan, China and Central Asian states. In this case, the business relations among Bangladesh, Sri Lanka, Pakistan, China and other Muslim countries will be strengthened. Sri Lanka-Bangladesh-China-Pakistan (Quadrilateral) ties will be further bolstered.Sri Lanka, Bangladesh, Pakistan And China’s Quadrilateral Co-operation In The Region could reflect the greater regional quadrilateral understanding.