The State of Afghanistan, represented by its people, is a member of the United Nations and in that capacity is a party to many international treaties.

Is it really a “new” Afghanistan – now that the Taliban has taken control of running the country – or is it the same Afghanistan as it was before? This is the first intelligible question that would cross the mind of the active reader.  The short answer to this question would ineluctably lie in legal semantics rather than political rhetoric.  However, the world being what it is, or rather what it has become, the answer may be a bit more complex. 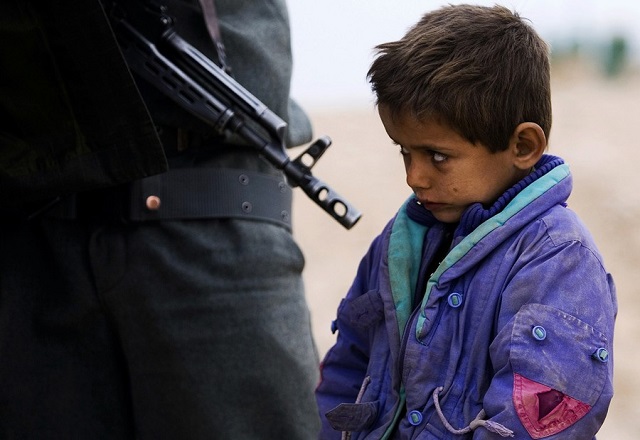 To start with legal legitimacy, one has to go back to Emer de Vattel, who wrote in his monumental work The Law of Nations in 1758 “ Nations or states are bodies politic, societies of men united together for the purpose of promoting their mutual safety and advantage by the joint effort of their combined strength. Such a society has her affairs and interests; she deliberates and takes resolutions in common; thus becoming a moral person, who possesses an understanding and a will peculiar to herself and is susceptible of obligation and rights”. Vattel goes on to say that the glory of a nation is inextricably linked to the power it wields, which in turn receives the recognition and acceptance of other States.

Of course, since this eighteenth century exhortation, the concept of “Nation or State” of Vattel has been bifurcated where the two bear distinctly different characteristics.  According to the 1933 Montevideo Convention, a State has  four characteristics: (a) a permanent population; (b) a defined territory; (c) government; and (d) capacity to enter into relations with the other States.  On the other hand,  a Nation represents the people of a State, as embodied in the United Nations Charter which talks of the “peoples of the world” in its preamble.

The State of Afghanistan, represented by its people, is a member of the United Nations and in that capacity is a party to many international treaties. Practically, the United Nations would deal with the representatives of the Afghanistan  government appointed to represent the State in The United Nations General Assembly. Other States would deal with Afghanistan the same way, on a State-to-State basis.  For example, The Government of Britain in 1980 adopted a practice concerning its recognition of governments saying: “ we have decided that we shall no longer accord recognition to governments.  The British Government recognize States in accordance with common international doctrine”.    Professor Ian Brownlie of the University of Oxford in his textbook Principles of Public International Law says: “ where an unconstitutional change of regime takes place in a recognized State, Governments of other States must necessarily consider what dealings, if any, they should have with the new regime, and whether, and to what extent it qualifies to be treated  as the Government of the State concerned”.  This would invoke the fourth characteristic of a legitimate State as enunciated in the Montevideo Convention.

In one instance of  adjudication  of the issue of legal legitimacy of a regime that takes control by usurpation, the legal position at common law was clearly laid out. Whether this is a  sign of things to come with regard to the recognition of the new regime in Afghanistan  and its policy and processes, is to be seen. The Judicial Committee of the Privy Council, in the 1967 case of Madzimbamuto v. Lardner-Burke rejected the validity of detentions in Rhodesia after the usurpation by the Government of Ian Smith, as well as overturned decisions rendered in divorce decrees by British Courts under that government.

The legal position aside, the other dimension under the current circumstances for consideration of  States revolves round what Brownlie called “dealings, if any, they should have with the new regime”. This brings in aspects of compromise between the new regime and the rest of the world.

Dr. Renata Dwan, writing an article for Chatham House on 20 August 2021 titled The Aftermath: Navigating a Taliban-led Afghanistan says: “ Afghanistan’s ‘enduring partners’ must now focus on building a consensus around five conditions for international acceptance of a Taliban-administered Afghanistan and prevent the Taliban again reaping the benefits of international divisions. The G7 began to articulate some of these conditions but they need to be set out and negotiated with Afghanistan’s neighbours before being formally articulated by the UN Security Council”. Dr. Dwan identifies the following compromise actions that the new regime of Afghanistan must carry out: adherence to Afghanistan’s human rights obligations. This must specify the rights of women and girls to education and work, the protection of ethnic and religious minorities, and safe passage for all Afghans and internationals leaving the country; ensure amnesty for all individuals who worked for the Afghan government or international embassies, forces, or aid organizations since 2001; refrain from  harbouring of terrorist groups – the main condition insisted on by the US when they agreed on the deal with the Taliban, and the overriding concern for both China and Russia; non-lethal public order that would enable supply routes to open, evacuations to continue, and aid to be delivered.  This  is essential and one that Russia has made as a condition for its future relations;  negotiation of inclusive political arrangements with Afghanistan’s political and ethnic factions.

Both the legal implications and political machinations that need to be untangled in this complex web rest squarely with the United Nations. In addition to the conditions discussed above, the G7 countries should insist, along with the rest of the international community through the United Nations that, to preserve the status of Afghanistan as a State, the new regime must adhere to international treaties Afghanistan has already ratified or otherwise adhered to and also  abide by the provisions therein, whether to follow or withdraw from them in the appropriate manner prescribed. This is an irrefutable principle at customary international law (which States have to follow whether they like it or not) as embodied in The Vienna Convention on the Succession of States in Respect of Treaties (1978) which entered into force in 1996.  Another relevant treaty is the Vienna Convention on Succession of States in Respect of State Property, Archives and Debts, (1983)  which has yet to enter into force but nonetheless provides principles that would apply to the current circumstances of Afghanistan.

Another condition that should be at the table in the United Nations is that the new regime ensures that all Afghans are provided with the essentials of life-sustenance as well as security and safety, devoid of differentiation. These are the two most compelling needs for human existence in Abraham Maslow’s Hierarchy of Needs.  Professor Malcolm Shaw of Cambridge University in his text International Law cites the German Federal Supreme Court in the Espionage Prosecution Case: “The problem of State succession is one of the most disputed areas of international law”.   In the instance of Afghanistan, it may become more disputed and even more complicated considering how some States view the protagonists in the new regime as a terrorist organization.

Dr. Abeyratne is a former senior official in the United Nations system.

Lohan to be arrested without warrant?

Lohan to be arrested without warrant? Dr. Jayaruwan Bandara seeks for 14 days to appear before CID28 persons at a funeral test positive for Covid-19Pahanthudawa clip uploaded by a female – Police