Good and Truth will always prevail over evil, it is the way! Everything else is temporary!

This is the month of December, the Winter Season in Bangladesh! The lost days of my life calls me back and my eyes are welling-up. 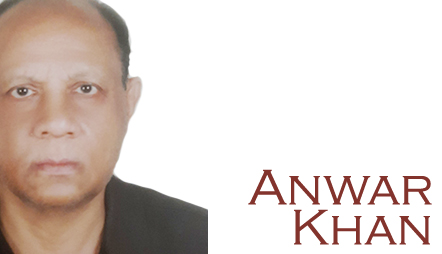 There is no denying that there is evil in this world but the light will always conquer the darkness. Vincent van Gogh wrote, “Many people seem to think it foolish, even superstitious, to believe that the world could still change for the better. And it is true that in winter it is sometimes so bitingly cold that one is tempted to say, ‘What do I care if there is a summer; its warmth is no help to me now.’ Yes, evil often seems to surpass good. But then, in spite of us, and without our permission, there comes at last an end to the bitter frosts. One morning the wind turns, and there is a thaw. And so I must still have hope.”

Hurricanes couldn’t remove you from my mind. You’re my world and I’m incapable of not loving you. No matter how hard Evil tries, it can never quite match up to the power of Good, because Evil is ultimately self-destructive. Evil may set out to corrupt others, but in the process corrupts itself.

Are the great spiritual teachings really advocating that we fight evil because we are on the side of light, the side of peace? Are they telling us to fight against that other ‘undesirable’ side, the bad and the black? That is a big question. If there is wisdom in the sacred teachings, there should not be any war. As long as a person is involved with warfare, trying to defend or attack, then his action is not sacred; it is mundane, dualistic, a battlefield situation.

Shila looked at Shihab with fear in her eyes and tried to speak, but nothing came out. It was as if the breath was pulled from her lungs all within an instant.

If I could, Milia Chowdhury, I would certainly choose to live in innocence. But innocence can only be wisdom in a world without evil. Situations arise and we are confronted with wrongdoing and the need to act. Good loses. Good always loses because good has to play by the rules. Evil doesn’t.

Dear Sunanda, my life is just as confined as yours, but I am all right with it. Who knows what’s out there. We are all meant for different things. But if something piques your interest, then perhaps you are one of those to find out what can still your heart. Marie Montine has said, “Never say that you’re useless! I’ve seen more courage tonight from you than I have ever seen in someone in my entire life; you were ready to fight those Kins to certain death! Now get up!”

“So it is time for you to face it and accept it. I am ready for this battle, Cassandra. The question is: will you be?” ― Marie Montin in her book ‘Mourning Grey.

Light can devour the darkness but darkness cannot consume the light.

Raesha was of great wonder and irony; she did not need the Dark Guardian’s help to become like us. She became worse than us. I am certain that somehow the Guardian knew of this, and that was why he did not change her in the first place; why diminish something that was already so potentially dangerous; what is worse than someone being changed to darkness? Someone who on their own free will becomes darkness!

The things I’ve seen, Laila continues easily, “have shown me that the only constant is change. Too much power in one place is a fool’s errand. Eventually, and inevitably, no matter how good the intentions, or how long the life, power always wins out, and everyone suffers for it. The only true path of rational existence is balance; a constant re-assessment of the burdens of power, if you will.”

All evil and good is petty before Nature. Personally, we take comfort from this, that there is a universe to admire that cannot be twisted to villainy or good, but which simply is.

“He was aware that darkness could take root in pristine gardens, and even good men could fall to shadow.” ― Ella Rose Carlos, A Long Lost Fantasy

A conscience is a self-reproaching program that is installed in us, not by nature, but by our culture. If good was easy, there wouldn’t be a word for bad. You are the light of the world, and it is your duty to save the darkness.

In our co-created world we must all pick a side each day between good and evil. Looking the other way will not exempt us from our spiritual accountability. Today also represents the struggle between light and dark within all of us… It is crucial that I remind you all of this and the consequences of slipping into the left-hand path.

Political leadership is about achieving tangible good results that make a difference in people’s lives, not offering a message of unity, respect, and honor (though that’s nice, too). It’s not useful to understand world affairs in the broadest possible terms, as a struggle between good and evil.

Good and Truth will always prevail over evil, it is the way! Everything else is temporary! “When I despair, I remember that all through history the way of truth and love has always won. There have been tyrants and murderers and for a time they seem invincible, but in the end, they always fall — think of it, always.” – Mohandas K. Gandhi

Everything in life goes through cycles, so good or bad times are always temporary, but our outlook affects everything, so we can see the good in bad times and the bad in good times if we choose to… Know that what is good and just will always prevail, because our inherent good cannot not prevail.  Whatever evil lurks in the world will always lose its power in time.

Today the basic dichotomy often breaks down along these lines:

The nature of being good has been given many treatments; one is that the good is based on the natural love, bonding, and affection that begins at the earliest stages of personal development; another is that goodness is a product of knowing truth. Differing views also exist as to why evil might arise. Many religious and philosophical traditions claim that evil behavior is an aberration that results from the imperfect human condition (e.g. “The Fall of Man”). Sometimes, evil is attributed to the existence of free will and human agency. Some argue that evil itself is ultimately based in an ignorance of truth (i.e., human value, sanctity, divinity). A variety of Enlightenment thinkers have alleged the opposite, by suggesting that evil is learned as a consequence of tyrannical social structures.

Usually, by the time December rolls around, I don’t even remember my original resolution. But not this year. The empty checkboxes challenged me quietly from my desk and I was determined.

A friend gave me a word of advice: Always carry a book with you. Whenever you have spare time—even a few minutes on the car or bus or waiting in line counts—put away your phone and read.

I’m more grateful than ever for the new habits and insights I’ve gained through my year of reading. The books I’ve read have expanded my mind in so many different ways—from thinking about humanity to what it means to be compassionate. I started to enjoy poetry, both reading and writing it since my boyhood!

The self that is just emerging from a good book always seems to be a better person—a more charitable, more inspired person—than the self that I am at any other point in my day.