I came into contact with Prime Minister Nehru when I was in my teens.

The last time I met Pandit Jawaharlal Nehru was in New York in November 1961. He had an unsatisfactory meeting with President Kennedy, who much admired Nehru. At Kennedy’s dinner for the Indian Prime Minister Nehru was mostly silent. Kennedy was disillusioned and disappointed.

Within a few days of Jawaharlalji’s death on 27 May 1964, I decided to edit a book of tributes to him. His American publishers, John Day agreed to bring out the book on Nehru’s first death anniversary, 25.5.1965. 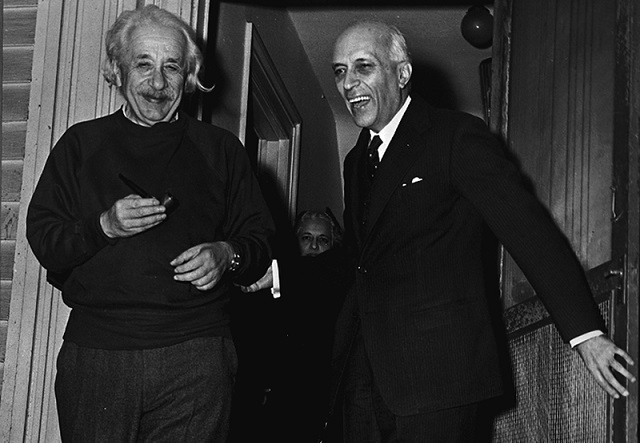 I wrote to some of Nehru’s great contemporaries. Most responded promptly. Three exceptions were Presidents Eisenhower, Trumann and Ambassador Ken Galbraith. Mr Eisenhower’s secretary wrote to say that I look into the Eisenhower archives. There was no time for that. President Harry Truman wrote personally saying he would have been happy to contribute but was bed-ridden on account of a fall in his bathroom, resulting in a fractured arm. Ambassador Galbraith was busy writing a book and would not be able to do justice to Nehru while engrossed in his own work.

Those who responded included former British Prime Minister C.R. Attlee, Nobel Prize winners Pearl S. Buck, Linus Pauling (the only man ever to win the Nobel Prize twice), Bertrand Russell, one of the greatest philosophers of all time, Martin Luther King, the best known civil rights leader in the United States—he won Nobel Peace Prize—U. Thant, Secretary General of the United Nations, historian Arnold Toynbee, US Ambassador to the United Nations, Adlai E. Stevenson. He had twice been a Presidential candidate, but lost to General Eisenhower. US Senator Ellsworth Bunker, he had been ambassador to India in the early 1960s, Ilya Ehrenburg, well known Russian novelist, Norma Cousins, editor of the widely read magazine, “Saturday Review”, Norman Thomas, twice Presidential candidate, in 1936 and 1940, Raja Rao, best known for his Gandhian novel, “Kanthapura”. My tribute included in the book was far too emotional and would have embarrassed Nehru.

Dr S. Radhakrishnan in his foreword wrote, “Jawaharlal Nehru was one of the greatest figures of our generation, an outstanding statesman whose services to the cause of human freedom are unforgettable, as a maker of modern India his services were unparalleled. His life and work have had a profound influence on our mental makeup, social structure and intellectual development… An epoch in our country’s history has come to a close.”

I came into contact with Prime Minister Nehru when I was in my teens. His sister, Krishna Hutheesing’s two sons, Harsh and Ajit were in my House in Scindia School, Gwalior. After I joined St Stephen’s College in 1948, I used to go to Teen Murti House to meet Krishna Masi (she asked me to call her that). Inevitably, I often ran into the Prime Minister. He was very avuncular.

After I joined IFS in 1953, I met him from time to time. Once I invited his wrath. I had been negligent about an important file. I was at the time Private Secretary to R.K. Nehru, Secretary General, Ministry of External Affairs. The PM’s anger was short lived. I had got away lightly.

Jawaharlal Nehru was a very great Prime Minister. He was not an outstanding External Affairs Minister. I have been an admirer all my life. The chink in his armour was his mishandling of our Kashmir and China policies.

His taking the Kashmir issue to the UN Security Council was an appalling decision. Not only that. We took our complaint against Pakistan to the Security Council under Chapter 6 of the UN Charter, which deals with disputes between member states. We should have invoked Chapter 7, which is about aggression. Did not Pakistan commit aggression? Some Security Council members said you have accepted that Kashmir is a dispute. What do you expect us to do?

Sardar Patel was Minister for States, but Nehru kept Kashmir under him. He even agreed to a plebiscite. He sent Gopalaswamy Iyengar as leader of delegation for the debate on Kashmir in the Security Council. He was no match for the Pakistani representative, Sir Mohd Zaffar-ul-Khan, the Foreign Minister of Pakistan.

Nehru took a romantic and sentimental view of China. It was only in 1959 that reality hit him. As a tactician and strategist, Mao Tse Tung was far ahead of Nehru. Ruthlessness was not a part of Nehru’s character. It was of Mao’s. Chou-Enlai was a very accomplished experienced diplomat. When he came to Delhi in April 1960 for talks with Nehru on the Sino-India border dispute, he had come to negotiate a solution. China to keep Aksai Chin, India the Eastern border. I was liaison officer attached to Chou-Enlai. We blew it. In her recently published book, “The Fractured Himalaya”, Nirupama Rao, a former Foreign Secretary holds a similar view. She is highly critical of Nehru and the IFS bureaucracy. None stood up to Nehru.

Nehru firmly believed that China would not go to war with India. History has proved him completely wrong. We were militarily unprepared for 1962. With our humiliating defeat was a devastating blow. Our stature was diminished internationally. Not a single non-aligned country spoke up for us. Sadly after 1962 Nehru was a broken man. He died 17 months later, after suffering a severe stroke in January 1964.

To this day no solution is in insight for either problem.