Framing and blaming Pakistan for every act of terrorism is an old hobby of the Indian intelligence agencies.

A few years back, for all drones, the most favourite destination was Pakistan. After taking lives of hundreds of innocent ones and making thousands injured, the drones ultimately changed their destination. Now in 2021, the most favourite destination of drones seems shifted to India. Recently in the last week of this June two consecutive incidents of drone attacks on sensitive military installations in the state of Jammu proved the week a ‘week of disasters’ for the Indian army. The attacks not only caused severe life-losses to the soldiers but also put a question mark on the abilities of the brains behind the intelligence and security system.  The India Today said reporting upon the first incident, ‘Two explosions rocked the high security technical area of Indian Air Force Station Jammu on the intervening night of June 26-27. According to the sources, it is suspected that low-flying drones were used to drop two improvised explosive devices (IED). This is probably the first drone attack on any defence establishment in the country. An IAF patrol team saw the ammunition being dropped, sources said.’ It was also reported that the drones were used to drop IEDs in the technical area of Jammu Air Force Station to trigger the blast. However, these drones were not detected by the radar. It means either even the radars were out dated or the drones were of so sublime type that the radars couldn’t notice them. 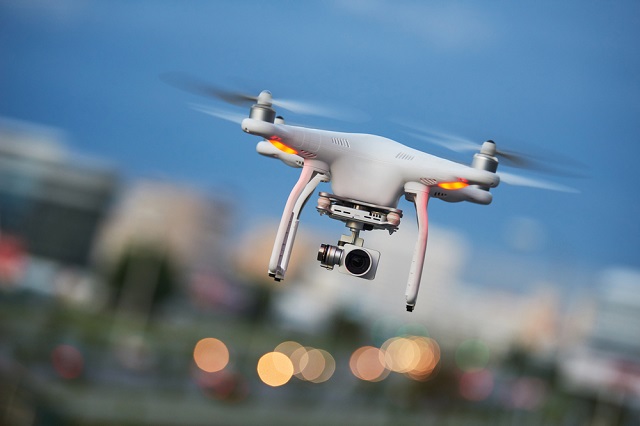 It has also been reported that the army troops fired around 20 to 25 rounds at the drones before they escaped under the cover of darkness. A high alert has been sounded in the Jammu area, particularly in Army stations; say media reports. Within a gap of five minutes two unmanned and remote-controlled vehicles (UAVs) dropped explosives close to a Mi-17 hanger. Two IAF personnel were injured in that incident. Indian media said raising serious concerns over the incident that it was for the first time that UAVs were used to strike a vital military installation in India. Speaking to India Today, an official admitted that around 2 kg of explosives were used in each of the two IEDs. These incidents took place at Ratnuchak-Kaluchak military areas.

Though both these incidents are severely condemnable as such terrorist activities are a real threat to the regional peace but the attitude and behavior of the Indian Intelligence agencies after the incidents had been very foolish. In spite of searching for the culprits behind this activity and in spite of doing proper investigation, the Indian agencies at once started trying to put all responsibility on Pakistan. One of the investigation officers revealed that they suspected the use of RDX in the drone attack on Jammu IAF base. Another said talking to media that RDX is nowhere available in India. It is sourced from Pakistan. In short this was an activity generated by Pakistan; according to Indian security officers. A team from New Delhi’s counter-terrorism task force, the National Investigation Agency is now-a-days in Jammu to probe the incident. Police have reportedly filed the first information report about the attack under anti-terrorism laws. However the police chief, Dilbagh Singh avoided giving any comment regarding the involvement of any individual or group suspected as being behind the blasts. His silence reflected his disagreement to the statement made by the investigation officers belonging to the intelligence agencies.

Framing and blaming Pakistan for every act of terrorism is an old hobby of the Indian intelligence agencies. Just to avoid detailed investigations and just to evade labor and hard work, the agencies like NIA find it an easy solution to put the whole burden onto the shoulders of Pakistan. Moreover whenever the government of India is under some particular pressure from public or facing opposition on some specific issue, it starts planning to divert public attention by staging some anti-Pakistan drama. The Pulwama Attack was also a brutal example of the same strategy. The Pulwama attack occurred on 14 February 2019, when a convoy of vehicles carrying Indian security personnel on the Jammu–Srinagar National Highway was attacked by a vehicle-borne suicide bomber at Lethapora in the Pulwama district of the erstwhile state of Jammu and Kashmir. Just after the attack, the government of India started raising hue and cry that Pakistan was behind that terrorist activity. In that attack more than 40 CRF soldiers had lost their precious lives and dozens were injured.

Though the Indian intelligence agencies had tried all their best to drag Pakistan into that matter but that whole struggle to defame Pakistan was simply rejected by the Indian people. They remained adamant and steadfast to the opinion that the Pulwama Tragedy was neither designed nor planned by Pakistan; it all was a conspiracy purely ‘Made in India’. An Indian citizen prepared a very interesting questionnaire after the Pulwama Tragedy. That questionnaire got viral on social media. The most important point raised there was how the attacker succeeded in reaching the most militarized and sensitive area of the world, passing dozens of military check posts carrying 350 kg explosive, in spite of the fact that there were very serious security threat alerts. The same questionnaire would be very helpful now in case of Jammu Drone Attack incident.

At present the Modi government is ensnared in countless social, financial, racial and communal issues; death of millions of Indians at the cruel hands of the Covid-19 is also one of those issues. It has been the talk of the town that Modi government did not take the matter seriously particularly in supply of covid vaccine to its citizens. Hundreds of helpless Indians were pushed into the callous hands of brutal death and ultimately roads and streets of the country were filled with dead bodies of covid victims. There have been reports that in so many government hospitals, the doctors injected water in the veins of patients instead of vaccine. The situation is more horrible in Jammu and Kashmir where on one side the local people are facing the worst consequences of corona pandemic and on other hand bearing brutalities of the illegally deputed Indian troops. Revocation of the Article 370 and 35-A is also a cause of unease among the people. To divert the attention of the people from the major issues, Jammu Drone Attack and Pulwama Attacks like episodes are ‘staged’ and the whole responsibility is ‘awarded’ to Pakistan; it is an old and no doubt the most favourite tradition of the Modi sarkar. Such childishly concocted stories could impress rather misguide a few fools but not the wiser ones.