Whilst in India, in a rare show of weakness, Prime Minister, Modi, bowed on Friday 19 November 2021, to India’s farmers by willing to repeal the controversial agricultural laws.

The world has been jittery ever since COVID-19 arrived on the scene. Not only health scares but also fears of public unrest is seen everywhere. 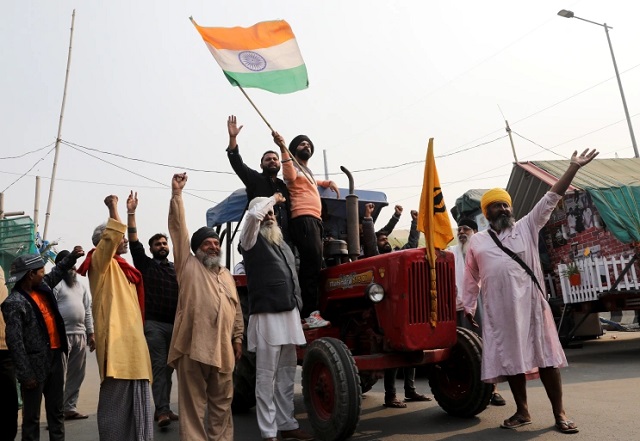 In Sri Lanka, common sense arrived when President Gotabaya Rajapaksa on 16 November 2021, decided the mandate given to the Presidential Task Force (PTF) on “One Country, One Law” under the chair of Ven.Galagoda-AththeGnanasara Thera, had to be amended.

The President issued a fresh Gazette on the night of Tuesday 16 November, that severely limited the terms, or so we are told, the terms of reference. Its new task is now restricted to “ presenting proposals for formulating a conceptual framework ideally suited for Sri Lanka, after making a study of the said concept taking into account the views and opinions held by various parties with regard to the implementation of the concept ‘One Country, One Law’.

At the same time also appointing three Tamil members to constitute the Task Force, as the original PTF had no Tamil representation. This change was necessitated as the original framework and terms of reference was ill-conceived.

In the United Kingdom. Prime Minister, Boris Johnson changed his mind, not really on his original plans for levelling up Britain, in the infrastructure development between the North and South of England. There was a deviation of plans on the extension of the HS2, the high speed rail link between Leeds and Manchester, on the pretext that it would take longer to be operational, or could it perhaps be “over the Budget cost.”

In reality, many observers have noted that the Prime Minister did not want to displease environmentalists in constituencies in the Midlands and West Yorkshire, who were against destroying the nature the “Dales countryside” by excavations and building a new railway link. It was an appeasement for the time being, but would be reversed nearer election time.

The litany of reversals is endless. We hear in Sri Lanka the Government has decided to back down in the dispute over the organic fertiliser import with the Chinese Company that was found to be contaminated by some Government analysts.

We now hear that in diplomatic parlance preparations are underway to resolve the dispute by paying 75% of the claim by the Chinese Export Company amounting to US$ 6.7 million.

We are now informed, according to the Agricultural Minister, the Chinese Company has agreed “to take the shipment back and provide new stocks after checks.”. There appear to be “if’s and buts, “if the talks are successful, Sri Lanka was willing to share 50% of the charges of the next shipment. Who knows, who will fund the bill?

Whilst in India, in a rare show of weakness, Prime Minister, Modi, bowed on Friday 19 November 2021, to India’s farmers by willing to repeal the controversial agricultural laws. Prime Minister, Modi has said his Government would repeal three Farm Laws aimed at fixing the country’s struggling agricultural sector, in a surprise concession to the yearlong protests by farmers worried that changes would ruin their livelihoods,

One thing that permeates the above cases is that young people on the ground, around the world have been in the vanguard, the forefront

Leaders of the countries have taken note of the “power of the people” before reversing their decisions. Gambling with the future of their countries, perhaps, with Technocrats calling the tune, is no longer an option. All of the change of positions have come about not only to domestic pressure, but due to the uncertainty of international support, perhaps, to restore confidence in their regime and to avoid further violence.

But, questions are being asked everywhere, why this about turn now? How long will these changes last? For a military regime to give back power, is unheard. For a democracy, it means changes are in the making?

The fear is that continued instability of elected governments seems to be the order of the day. The fact that Corona virus may not move away from the scene, for at least a decade,is not an idle threat. With it comes the rising cost of living, called inflation and most Governments are weary of unrest to say the least.

In Britain, “Red Wall” Tories are learning lessons over the past two weeks, to put their constituents first and are willing to vote down deeply unfair plans of Government. This is the main reason for the “about turn, quick march”. It is no longer government policy to change the goal posts half way through the match. The tried and tested approach is what

Is seen as workable.

“To Reverse Course,” means a person, or organisation or even a government changes its position or its opinion or policy, so that, it is the opposite of what they said before. It is not considered a show of weakness, but resilience in combating change.

One reason for this motivation is that governments were not fully in touch with the mood of the people, and it is course correction.