The partition of India in 1947 created two independent nations namely, India and Pakistan. At that time Kashmir was ruled by a King, named Maharaja Hari Singh. Under the Indian Independence Act of 1947, Kashmir was free to accede to either India or Pakistan.

“By the time we woke up this morning, the internet was gone and we now have no mobile connectivity.  If people step out of their homes, they see paramilitary forces on every street. Almost every major road is shut. No-one knows what is happening in other parts of the state – we can’t talk to anyone else. People are concerned – they don’t know what is happening, they don’t know what is going to happen. It is an atmosphere of fear. People are scared to come out.” Amir Peerzada, reporting to BBC News from Srinagar, vividly describing the atmosphere preceding India’s decision to strip disputed Kashmir of its special status. 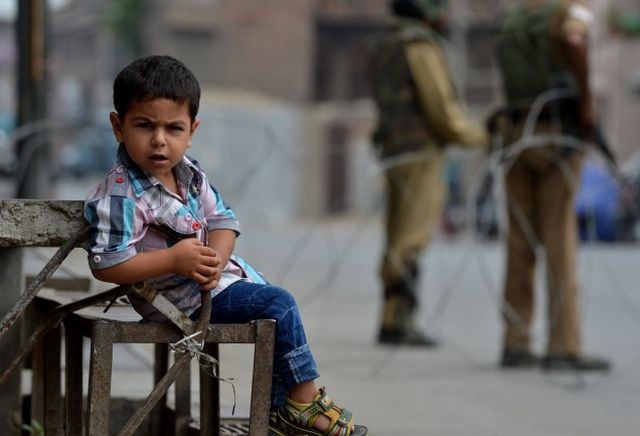 This was Indian democracy in action this month three years ago. The Hindu nationalist BJP government was preparing the ground for Prime Minister Modi to announce on 5th August 2019 the infamous declaration of the revocation of all of Articles 370 and 35A from the Indian constitution apart from one clause which says that the Jammu & Kashmir is an integral part of India. What this meant to the international community and in particular to the Kashmiri people were shocking, undemocratic and an arbitrary use of State power against the will of the Kashmiri people.

Situation reports during that period confirmed that hours before the announcement, two of the state’s former chief ministers – Omar Abdullah and Mehbooba Mufti – were placed under house arrest. Mehbooba Mufti said the move would “make India an occupational force in Jammu and Kashmir,” and that “today marks the darkest day in Indian democracy”. She tweeted: “Today the people of Jammu & Kashmir who reposed their faith in institutions of India like parliament & Supreme Court feel defeated & betrayed. By dismembering the state & fraudulently taking away what is rightfully & legally ours, they have further complicated the Kashmir dispute” — Mehbooba Mufti (@MehboobaMufti) August 5, 2019

Since then, this day is marked as the Day when the freedom of the Kashmiri people were taken away using the State apparatus via coercion, intimidation and force.

Background to the Kashmir problem

The partition of India in 1947 created two independent nations namely, India and Pakistan. At that time Kashmir was ruled by a King, named Maharaja Hari Singh. Under the Indian Independence Act of 1947, Kashmir was free to accede to either India or Pakistan. The problem started when both India and Pakistan lay claim to the State of Jammu and Kashmir. The Maharaja was keen to make Kashmir an independent State. However, he later wanted to join with India. Incidentally, the majority population of Jammu and Kashmir consists of Muslims, more than 60%. This is the only State in India which has a majority Muslim population.

Firstly, the uniqueness of Article 370 and its utmost importance to the State of Jammu and Kashmir is that the State can have its own constitution, a separate flag and independence over all matters except foreign affairs, defence and communications. An additional significance is that it enables the State to maintain its distinct demographic character as the only Muslim-majority state in India.

The arbitrary revocation in violation of these provisions of Article 370 in effect meant that the separate Constitution of Jammu and Kashmir stood abrogated.

Secondly, Article 35A of the Indian Constitution was an article that empowered the Jammu and Kashmir state’s legislature to define “permanent residents” of the state and provide special rights and privileges to them.  It was added to the Constitution through a Presidential Order, issued by the President of India under Article 370. The state of Jammu and Kashmir defined these privileges to include the ability to purchase land and immovable property, ability to vote and contest elections, seeking government employment and availing other state benefits such as higher education and health care. (Wiki).

The subjugation, repression and gross abuse of internationally accepted human rights of the people of Jammu and Kashmir by the Hindu nationalist government of Prime Minister Modi are continuing. The blatant violation of the supreme Indian Constitution by this revocation will absolutely deny the Kashmiri people their separate constitution.

Today, the sovereign people of Kashmir who have lost their State’s Constitution and the separate territorial status under 35A of the Indian Constitution consider India as an occupational force. The significant autonomy granted to the Kashmiri people had been robbed from them. It has been reported that constitutional experts across the board opined that this is one of the most ferocious constitutional frauds attributed to India.

The international community must actively show greater interest on the plight of the people of Kashmir and ensure their place in the world map as a people with dignity, honour and integrity.