Historically and traditionally, Indian society  has viewed the farming community with a high level of respect, recognising their contribution to the overall well being of the society. Large number of poems and books have been written in India  in various languages, applauding the farming community. Festivals  and thanksgiving celebrations are organised every year all over India to recognise the  efforts and hard work of the farming community. 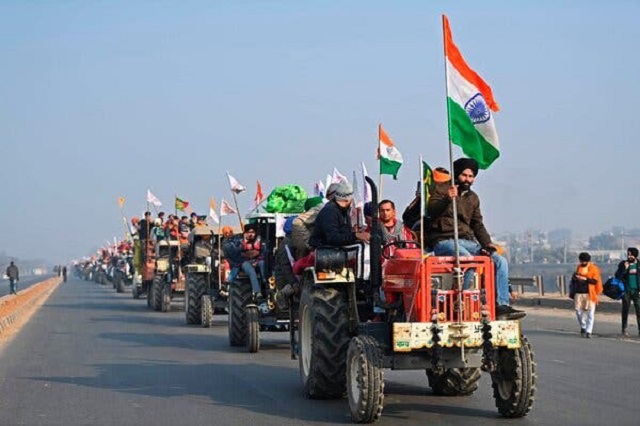 The governments have also been trying their level best to help the farming community to improve their earnings and have taken several measures to redress their grievances. In recent times, several schemes have been introduced such as crop insurance scheme, kisan card etc. to help the farmers improve their productivity and ease their  agricultural operations. If the farmers continue to have some issues , it is not due to want of proactive measures by the government but inspite of it.

In India, the farmers are broadly classified into four segments as follows.

•        Absentee landowners  who do not live near their lands but give the land on lease to others to carry out the agricultural operations.

•        Owners of the agricultural land who do not work themselves in the farms  and live near the farms but employ labourers  to  carry out the farming activity.

•        Farmers who own a small extent of land and physically work on the farms themselves with the support of the family members.

Apart from the above four category, there are agricultural traders who are not termed as farmers but as distributors and  merchants of agricultural commodity.

The government have taken several steps to facilitate the farmers to market their product directly to avoid their dependence on the  traders (middlemen)  , by launching e -commerce scheme etc.  But, these steps have not helped the farmers in a big way and perhaps, the traders operate more in the e -commerce market than the farmers themselves.

While such is the above situation, in recent times, a number of persons and organisations who could be representing the middle men / traders  or have vested interests have intruded amongst the farming community,  trying to create a  sort of agitational mode .

In recent years, several agitations and protest marches have been carried out in India by the so called farmers,  where most of the participants in the agitation are middle men, traders   and others  who may be political workers. It is also rumoured that these vested interests often assemble  large crowd during agitation by  enlisting “paid agitators”.

What is disturbing is  that in the guise of representing the interests of farmers , several politically oriented trade unions  and  political parties have also jumped into the fray to whip up the passion  amongst the farmers against the government to get political scores.

While several such instances can be readily pointed out, the most recent and on going affair is the so called farmer’s agitation , protesting against the three farm laws enacted by the Government of India. This agitation has now been going on for nearly a year with the agitators squatting on the roads, blocking traffic and living with all   comforts for days together in the agitating centres. Many wonder whether these “farmers” really work on the farm lands , since no genuine farmer can stay away from farming operations for as long as  ten months and more.

Government of India  has carried out discussions with agitators several times and it explained it’s stand and offered to redress their genuine grievances. However, the agitators have been remaining firm  and not caring to arrive at any settlement.  The government of India has not implemented the three farm laws so far, in view of the protest.  But, the agitators are not stopping the protests.  The highest court in India have now questioned the agitators and their methods and condemned them for prolonging the agitation when the government has deferred the implementation of the farm laws.

These agitations are largely confined to pockets   of areas in three states namely Punjab, Haryana  and Uttar Pradesh.  The sensation seeking media publicise  the agitations , often describing as protest by tens of  thousands of  agitators  , leaving the readers in doubt whether the number is thousand or ten thousand or more.  Large number of genuine farmers in  the three states of Punjab, Haryana and Uttar Pradesh and  in all the other states in India have focussed on their agricultural work and ignored the protest.

One conspicuous fact is that while some “farmers “  (agitators)  are supposed to be abstaining from work and involving themselves in agitation in highways , farming operations in these regions or in the country  have not been affected at all , with record level of production of wheat , pulses etc.  at present . Further, these agitation has been confined only to a few pockets in three states ,

As the protests by the so called farmers are losing the steam now and public sympathy is no more with these agitators who have also indulged in violence from time to time, the agitators have tried to intensify  the agitation and increase the  tension by carrying out a march and protest meeting in Lakhimpur in Uttar Pradesh.  During these protests, violence has erupted , resulting  in  the killing of nine people including four farmers , four members of the ruling party in government and one journalist.  Several opposition parties have jumped into the fray and are now trying to sustain this agitation to reap political benefits.

The above agitations are really guided by a few persons who get media glare   and often make statements   and address public meetings. These persons are    certainly not working farmers but   are really those  in disguise who are real politicians.

There are several suspicions as to who are really funding the agitators  and there are even credible rumours that some overseas organisations with vested interests could be really involved in prolonging the agitation.

The Government of India has been dealing with these agitations with an exemplary level of patience , reflecting the country’s traditional respect for the farmers.

In this chaotic situation  created by the vested interests in the name of the  farming community , the sad consequence is that the overall image of farmers in India is  getting damaged with the credibility   steadily being lost.