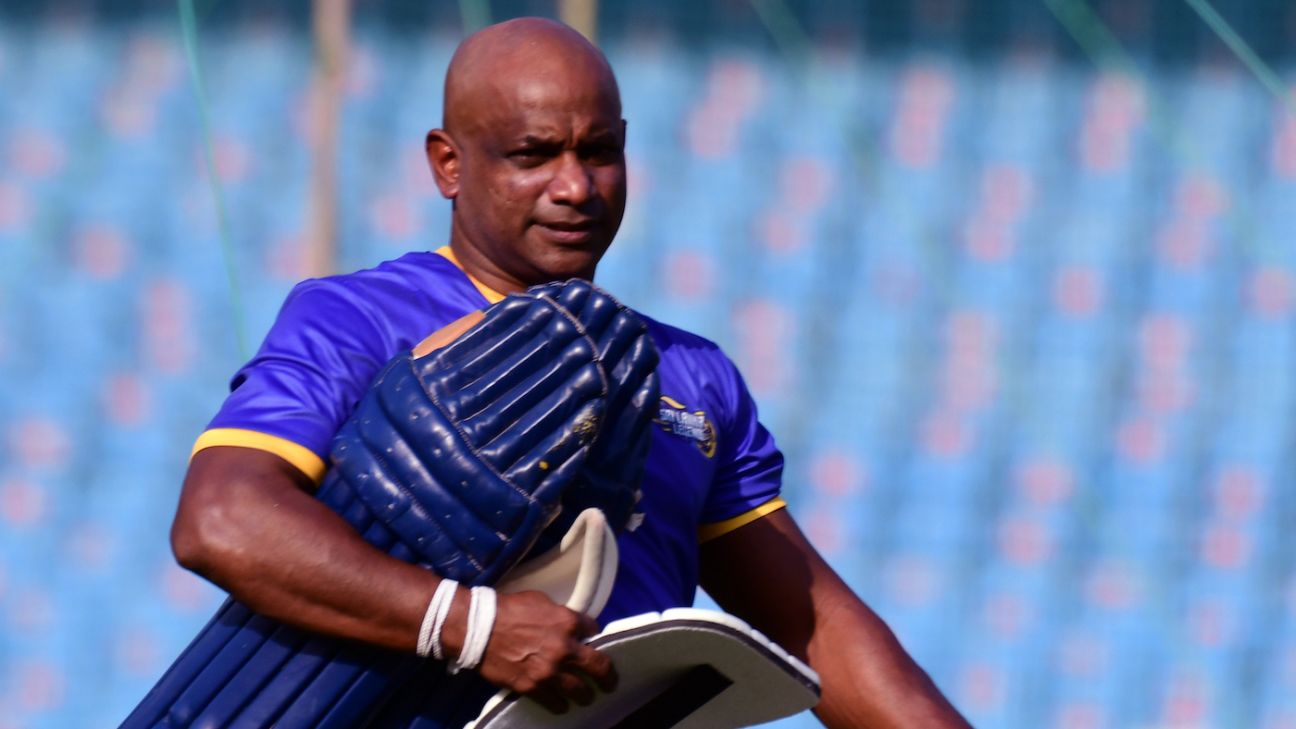 A Melbourne club team will have the services of former Sri Lanka captain Sanath Jayasuriya as coach next season after he signed a one-year deal with Mulgrave in the city’s east. That will mark Jayasuriya’s return to the game after a two-year ban for breaching the ICC anti-corruption code, announced in February 2019.
Jayasuriya, who played 110 Tests and 445 ODIs in his 22-year-long career at the highest level, will join former team-mates Tillakaratne Dilshan and Upul Tharanga, who are part of the Eastern Cricket Association competition. The Herald Sun reported that it was Dilshan who encouraged Jayasuriya to make the move.

“Dilshan opened the door for us there, and it was a fantastic opportunity that was presented to us,” Mulgrave president Malin Pullenayegam said. “We just had to work on it and come to an agreement, and we have.

“I think it’s a great opportunity for our young guys to know what international cricket standards are. That kind of exposure from a young age just elevates the standard of cricket they’ll be playing.”

Pullenayegam added that the deal only included a coaching role, but if Jayasuriya felt like strapping on the pads, he would be welcome.

Jayasuriya’s ban took effect from October 15, 2018, after he was charged with refusal to co-operate with investigators concerning corruption in Sri Lanka. The charges also included obstructing or delaying the investigation, including concealing, tampering with or destroying any documentation or other information which may have been relevant. The investigation was related to Zimbabwe’s ODI series win in Sri Lanka in 2017, specifically the fourth match in Hambantota, which took place when Jayasuriya was serving as Sri Lanka’s chairman of selectors.