Not only in Pakistan but even in other countries subjected to domination by Chinese government, the anti Chinese feelings are growing. There have been protests in Sri Lanka in recent times against Chinese presence in some projects.

Chinese Premier has spoken to the Pakistan Prime Minister a few days back and demanded  more security for Chinese  personnel in Pakistan , after the recent terrorist attack in Pakistan killing nine  Chinese personnel. 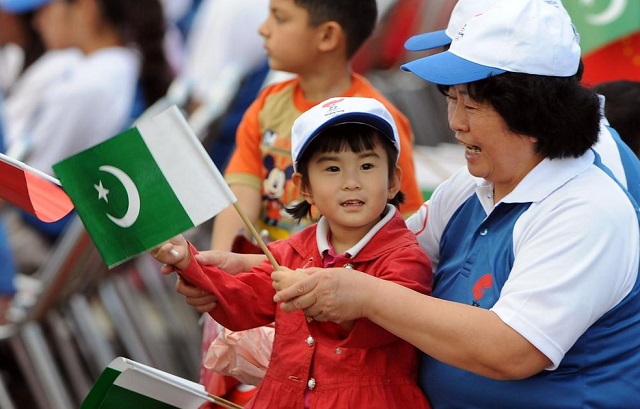 A vehicle driven by a suicide attacker and laden with explosives  rammed a convoy of  Chinese   workers  who were going to the site  of hydroelectric project, which is  part of  the China- Pakistan Economic Corridor in Dasu town

This is not the first time that the Chinese technicians and personnel have been attacked by extremist and terrorist groups in Pakistan. It is reported that the Pakistan army has been posted in sensitive project sites to ensure the   safety of the Chinese personnel. However, the   present attack is the deadliest  and has been prominently reported in the world media.

Obviously, the Chinese government  is concerned about this violent trend and must be wondering as to whether this would be an indication of the shape of things to come in future.  The concern of Chinese government must be very high, since  not only in Pakistan but Chinese personnel and technicians are working on various  projects in several developing countries including Sri Lanka, Bangladesh, Nepal and a number of African countries.

By launching  its Economic Corridor Projects  in several developing countries, China has not only made these weak countries debt ridden to China but has also promoted the  economic , industrial  and political  interests of China.

In the case of Pakistan , China is involved in several infrastructure and mining projects apart from virtually taking over the Gwadar port, which is a strategic port for China  in several ways.  By these measures and extending huge loans, China has ensured that Pakistan can never go out of its hold  and control in the foreseeable future.

Unfortunately, in recent years,  extremist groups and highly motivated Islamic terrorist organisations  have gained  a strong foothold in Pakistan and  most countries consider Pakistan as a terrorist dominated country.  This is more than evident from the fact that no country sends its team to participate in any sports or other activities in Pakistan these days fearing security threat.

Not only in Pakistan but even in other countries subjected to domination by Chinese government, the anti Chinese feelings are growing. There have been protests in Sri Lanka in recent times against Chinese presence in some projects.

Perhaps,  the concern expressed by the Chinese Prime Minister about the terrorist attacks on Chinese personnel working  in Pakistan indicate that the Chinese government realises that economic, financial   and military domination over  the weak countries by  themselves is not enough  to achieve its expansionist and global domination scheme.  People’s power  in such countries that China seek to control would be a serious challenge confronting China before long.

Even after several decades of  occupying Tibet by launching brutal aggression and massacring thousands of protesting Tibetans , China is not in a position to allow  citizens from other countries to visit Tibet and see the conditions for themselves. Obviously, this indicates  that China has much to conceal about the present conditions in Tibet  and is fearing the people’s power in Tibet.

All such above conditions only clearly show that while China may succeed in militarily and economically overcoming some weak countries to advance its domination, it cannot  overpower the feelings of resentment  amongst the people in the countries  that are aggressively dominated by China.

Now, China has to reshape  its policies and approach,  as it cannot protect the Chinese  personnel from attack in other countries , where the Chinese domination would be resented by the people.  China cannot anymore take for granted the people in the weak countries .  where China hitherto appear to be thinking that   subjecting the governments in these countries to its control would be adequate.

In  world politics , money and military power alone is not enough  to dominate any region. Chinese are bound to learn this at  heavy cost.