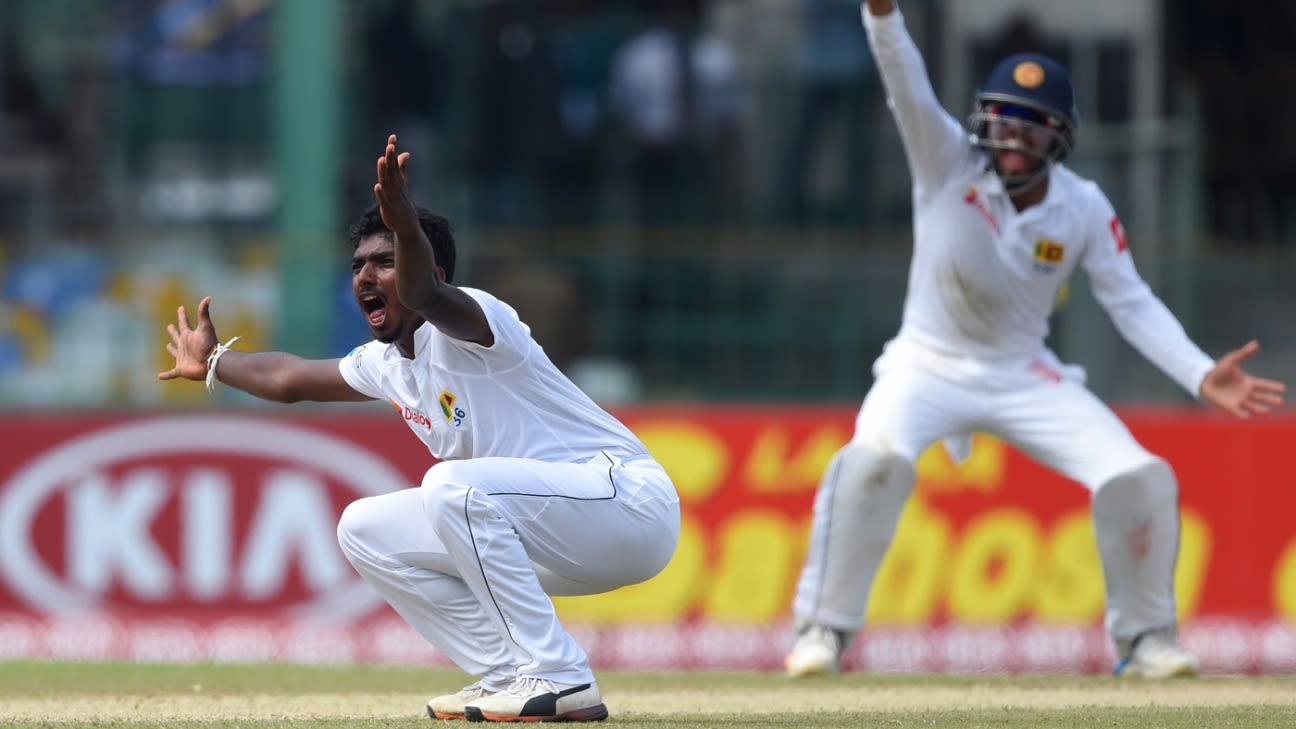 Left-arm wristspinner Lakshan Sandakan and fast bowler Chamika Karunaratne have been added to Sri Lanka’s squad for the second Test against Bangladesh as replacements for Lahiru Kumara and Dilshan Madushanka, who have been ruled out due to injury.
Kumara picked up a hamstring injury while fielding on day three of the first Test in Pallekele. He bowled 28 overs in the first innings, returning figures of 1 for 88. It was the second time in five months that Kumara was unable to complete a Test after also picking up a groin strain in the Boxing Day Test against South Africa in Centurion last year. Madushanka did not feature in the playing XI in the first Test against Bangladesh.

Karunaratne, who made his debut against Australia in 2019, has been brought in to bolster the fast-bowling ranks. Although he has participated in white-ball domestic cricket in 2021, he hasn’t played a first-class game since August last year.

Like Karunaratne, Sandakan’s previous first-class match was also in August last year. However, he has been a regular inclusion in Sri Lanka’s white-ball squads. Sandakan has taken 37 wickets in 11 Tests at an average of 34.48. Sri Lanka also have uncapped left-arm spinner Praveen Jayawickrama in their squad.

The first Test ended in a draw, with the second to begin on Thursday in Pallekele.