My twenty fourth of December became the 26th with no twenty fifth in between. Yes, my Gregorian calendar for the year 1994 did not have a twenty fifth, which meant – no Christmas day.

Christmas is special, rather very special.  Everybody looks forward to Christmas. Silent nights and silver bells, mistletoe and pine smells, all wrapped up in wishes and kisses and the hugs and gifts that are so very special at Christmas time. 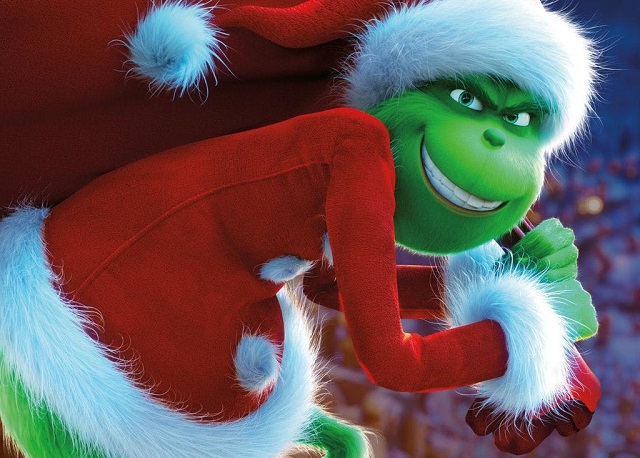 Looking forward to Christmas is a world wide phenomenon; the mighty and the humble, the rich and the poor, the holy, the unholy and the super unholy, they all await the yuletide. The “haves” revel and the “have-nots” scramble. Yet a celebration is made, no matter how small the purse is or how light the coins jingle in one’s pocket.

I always look forward to Christmas. It’s such a beautiful time. There is always something wonderful about that season. To a point it is imaginary. To be enjoyed more in prospect than in reality. Yet, it is something to look forward to, something to pastel shade the every day prosaic of life.

One can have a wonderful Christmas, a terrible Christmas or maybe a “could have been better Christmas”. I’ve had my share of the entire lot. But 1994 was different.

Someone stole my Christmas

My twenty fourth of December became the 26th with no twenty fifth in between. Yes, my Gregorian calendar for the year 1994 did not have a twenty fifth, which meant – no Christmas day.

That, in all its simplicity is my story.

It needs a unique combination of ill-luck to achieve this oddball situation. One must be really feasting on a bad news buffet to be the recipient. Well, I have often been a champion at pulling the short straw. This really was one of the shortest I ever drew.

My nomadic aeroplane driving world had sardonically made sure my Christmas was cancelled. No silent nights, no Santa Clause, no church bells that ring silver. No wishes and kisses and hugs that bind, just one simple leap from the twenty fourth to the twenty sixth of December.

Possibly, I was no favorite of Santa Clause. Never mind a gift; I would have been glad if he had given me at least the day.

Yes, some don’t get into the Santa list. That is the sad side of Christmas. The left-out ones are usually poor little kids who believe and write those meaningless little notes and wake with hope and find Santa never arrived. Almost similar to aeroplane drivers who leapfrog the Christmas day. I’ve seen both sides of that coin; once upon a time I too have been a note writer to wake and find Santa skipped my house. Such things you do not forget easily.They leave scars, especially when you are a child,they seldom get erased.

I guess one more time of a Christmas disappointment wouldn’t make all that much of a difference. Once in a while it’s good to remember that you can’t win them all. You got to lose some too. It’s good to know the feeling of losing. That’s what life is all about.  You win some, you lose some, and you grin and grit your teeth and go on.

Let me now get back to my story of how I lost my Christmas.

At eleven in the night on the twenty fourth of December 1994, I taxied out of the parking gate and taxied out a brand-new Singapore Airlines 747-400. The aeroplane was loaded with 400 passengers, and we crawled slowly to the longest runway in the airport designated as 25Right.We lined-up to takeoff and I power-ran the 4 big jet engines of the big jumbo jet and rolled down the runway to lift-off from the City of Angeles and flew into a noel night sky. The wheels and the flaps went into hiding and the wing lights switched off and we settled on a initial magnetic heading of 250 tracking our way to Taiwan.

It’s a long flight from Los Angeles to Taipei, almost fifteen hours.  Flying west bound, I crossed the international dateline and landed in Shiang Kai Shak Airport on the 26th of December. Some where across that lonely Pacific stretch, someone erased my Christmas.

I remember everything about that night; it was so very special, something that needed to be saved in the hard-disk of life. I recall how I kept staring at the vast clear open spaces that I love so much, the Pacific Sky splashed with heavenly lights and traces of whispery clouds. I remember a gibbous moon too, pale, yet luminous, giving a silvery touch to the mid-night blue.  It’s difficult to describe, the serenity. It’s the zenith of what beauty could be. The tranquility of a night flight-deck in silent glide under the munificence of a million stars.

At thirty seven thousand feet, I felt I was in a very special church. I was in God’s own cathedral. I remember solemnly singing my own mass, at least the parts I could remember and reverently giving myself some sort of a sermon. Then I caroled it with a hum of Silent Night and Silver Bells and thanked all the Gods in creation for all they have given me in life and especially when they hadn’t asked for anything in return. That was my prayer; no request, no complaint, just heartfelt words of gratitude expressed in solitude seated on the left seat of a 747, whispering words that came from the very depth of me where very sacred thoughts are gathered.

Thus under the canopy of a celestial heaven, I celebrated my own Christmas. That was a beautiful and wonderfully memorable communion.

I landed in Taipei with grateful thanks for a very special Christmas that would last in memory a lifetime.

Yes, Christmas is not only the glamour of a glittering pine tree laden with tinsel and coloured lights. Not a fancy Hallmark card or a gift from a loved one. Neither is it a visit from Santa Clause nor a feast of champagne, caviar and chateaubriand. It is much more, perhaps something closer to a remembrance of who we are and, in some ways, a sanctified communication with who or what someone calls God.