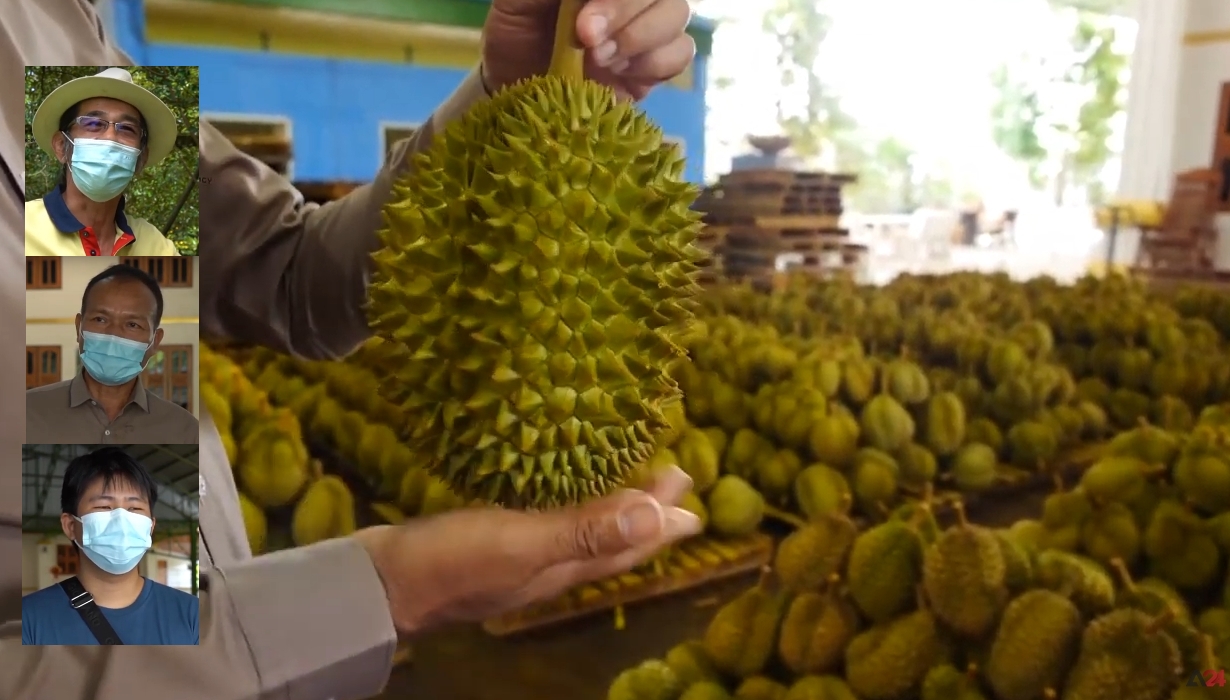 Durian fruit has proven to be the king of fruits in Thailand, as the total exports of Durian from Thailand to China and other countries this year rose to record levels over previous years. The Thai Durian captured nearly 90% of the global market share, and to protect the reputation of this important fruit worldwide of fraudsters,  “Hawk Claws” team of officers set up the second Durians solving and prevention operation team in Chanthaburi, whose mission is to check the containers randomly before exporting it out and destroy all the invalid fruit. The operation is advertised by many factories and overseas customers, which has been proven to gain consumer confidence locally and globally. Specialists in Agricultural Extension Office educate farmers to grow and harvest high-quality Durian in the right season to be presented to consumers.

“Young Durian has been in trouble for a long-time and it will be worst. Those who sell Durian at the beginning of the season get a high price, but most Durians will be ready to be harvested in the middle or late of the season. It drives people to secretly sell young Durians. As for the second Durians solving and prevention operation team, we did not just prevent it but also educated farmers to plant and harvest quality Durians to deliver to the consumers.”

“Usually, in 1 container, we would randomly check 3% of them – which means 27 boxes out of 960 boxes. If they are not loaded yet or are in the middle of packing, we will randomly check 10 boxes.”

“Our mission is to prevent the leak of second Durians to the markets. Our Hawk Claws team will check all containers sent out from Eastern for the dryness percentage or young Durian. If we find the young ones, we will take them out and destroy them”

“How good our skills are. But the process takes quite too long. We must wait about 30 minutes to release the containers. But I guess our clients understand well that we go through the additional process by officers. They hand me over the resulting paper. I send it over to my clients and they put it at the front of their shops. They say it helps them in selling.”

“We have been restricted from the beginning of this season. We randomly checked them. According to the report from Agricultural Attaches in Shanghai and Guangzhou, it is confirmed that this year Durian’s quality is improved. It causes the prices of Durian from the South starts at 130 Baht which approves that our regional operations in young Durian case did help the farmers and solve the problem.”